Predators with Badges: The Sex Traffickers on America’s Police Forces 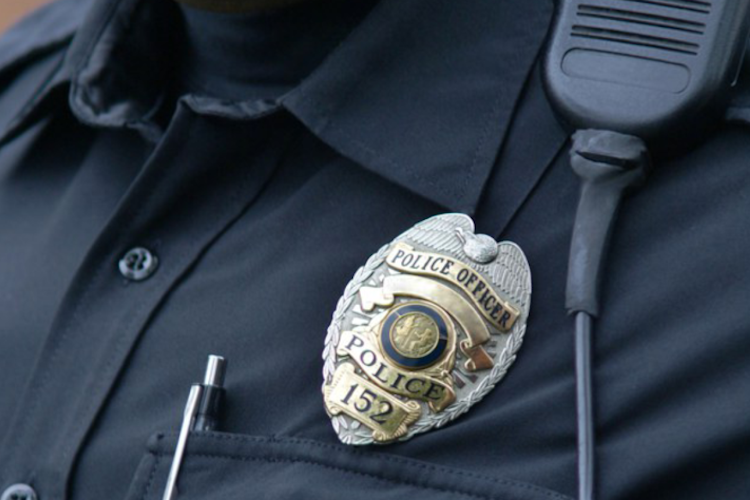 We are a nation on the brink of a nervous breakdown.

Undeniably, the blowback from COVID-19 lockdowns and mandates continues to reverberate around the country, impacting the nation’s struggling workplaces, choking the economy and justifying all manner of authoritarian tyrannies being inflicted on the populace by state and federal governments.

Yet while it is easy to be distracted by political theater, distressed by the COVID-19 pandemic, and divided over authoritarian lockdowns and mandates, there are still darker forces afoot that cannot—should not—must not be ignored.

Here’s a news flash for you: there are sexual predators on America’s police forces.

Indeed, when it comes to sex trafficking—the buying and selling of young girls, boys and women for sex—police have become both predators and pimps. As the Philadelphia Inquirer reports, “Hundreds of police officers across the country have turned from protectors to predators, using the power of their badge to extort sex.”

Victims of sex trafficking report that police are among those “buying” young girls and women for sex. Incredibly, this COVID-19 pandemic has resulted in even greater numbers of children being preyed upon by sex traffickers.

Unfortunately, rather than being part of the solution, America’s police forces—riddled with corruption, brutality, sexual misconduct and drug abuse—have largely become part of the problem.

In New York, for instance, seven NYPD cops—three sergeants, two detectives and two officers—were accused of running brothels that sold 15-minute sexual encounters, raking in more than $2 million over the course of 13 months.

In California, a police sergeant—a 16-year veteran of the police force—was arrested for raping a 16-year-old girl who was being held captive and sold for sex in a home in an upscale neighborhood.

A week-long sting in Florida ended with 277 arrests of individuals accused of sex trafficking, including doctors, pharmacists and police officers.

Sex trafficking victims in Hawaii described “cops asking for sexual favors to more coercive situations like I’ll let you go if you do X, Y, or Z for me.”

One study found that “over 14 percent of sex workers said that they had been threatened with arrest unless they had sex with a police officer.” In many states, it’s actually legal for police to have sex with prostitutes during the course of sting operations.

While the problem of cops engaged in sex trafficking is part of the American police state’s seedy underbelly that doesn’t get addressed enough, equally alarming is the number of cops who commit sex crimes against those they encounter as part of their job duties, a largely underreported number given the “blue wall of silence” that shields police misconduct.

Young girls are particularly vulnerable to these predators in blue.

Former police officer Phil Stinson estimates that half of the victims of police sex crimes are minors under the age of eighteen.

According to The Washington Post, a national study found that 40 percent of reported cases of police sexual misconduct involved teens. One young woman was assaulted during a “ride along” with an officer, who said in a taped confession: “The badge gets you the p—y and the p—y gets your badge, you know?”

For example, a Pennsylvania police chief and his friend were arrested for allegedly raping a young girl hundreds of times—orally, vaginally, and anally several times a week—over the course of seven years, starting when she was 4 years old.

In 2017, two NYPD cops were accused of arresting a teenager, handcuffing her, and driving her in an unmarked van to a nearby parking lot, where they raped her and forced her to perform oral sex on them, then dropped her off on a nearby street corner.

The New York Times reports that “a sheriff’s deputy in San Antonio was charged with sexually assaulting the 4-year-old daughter of an undocumented Guatemalan woman and threatening to have her deported if she reported the abuse.”

One young girl, J.E., was kidnapped by a Border Patrol agent when she was 14 years old, taken to his apartment and raped. “In the apartment, there were two beds on top of the other, children’s bunk beds, and ropes there, too. They were shoelaces. For my wrists and my feet. My mind was blank,” recalls J.E. “I was trying to understand everything. I didn’t know what to do. My feet were tied up. I would look at him and he had a gun. And that frightened me. I asked him why, and he answered me that he was doing this to me because I was the prettiest one of the three.”

Two teenage girls accused a Customs and Border Protection officer of forcing them to strip, fondling them, then trying to get them to stop crying by offering chocolates, potato chips and a blanket. The government settled the case for $125,000. (Mind you, this is the same government that separated immigrant children from their parents and locked them up in detention centers, where they were easy prey for sexual predators. At one point, the government had received more than 4500 complaints about sexual abuse at those child detention facilities.)

The police state’s sexual assaults of children are sickening enough, but when you add sex crimes against grown women into the mix, the picture becomes even more sordid.

According to The Washington Post, “research on ‘police sexual misconduct’—a term used to describe actions from sexual harassment and extortion to forcible rape by officers—overwhelmingly concludes that it is a systemic problem.”

Victims of domestic abuse, women of color, transgender women, women who use drugs or alcohol, and women involved in the sex trade are particularly vulnerable to sexual assault by police.

One Oklahoma City police officer allegedly sexually assaulted at least seven women while on duty over the course of four months, including a 57-year-old grandmother who says she was forced to give the cop oral sex after he pulled her over.

A Philadelphia state trooper, eventually convicted of assaulting six women and teenagers, once visited the hospital bedside of a pregnant woman who had attempted suicide, and groped her breasts and masturbated.

According to research from Bowling Green State University, police officers in the U.S. were charged with more than 400 rapes over a 9-year period. During that same time period, 600 police officers were arrested for forcible fondling; 219 were charged with forcible sodomy; 186 were arrested for statutory rape; 58 for sexual assault with an object; and 98 with indecent exposure.

Sexual assault is believed to be the second-most reported form of misconduct against police officers after the use of excessive force, making up more than 9% of all complaints.

Even so, these crimes are believed to be largely underreported so much so that sex crimes may in fact be the number one form of misconduct among police officers.

So why are the numbers underreported?

“The women are terrified. Who are they going to call? It’s the police who are abusing them,” said Penny Harrington, the former police chief of Portland, Ore.

One Philadelphia cop threatened to arrest a teenager for carjacking unless she had sex with him. “He had all the power. I had no choice,” testified the girl. “Who was I? He had his badge.”

This is the danger of a police state that invests its henchmen with so much power that they don’t even need to use handcuffs or a gun to get what they want.

Making matters worse, most police departments do little to identify the offenders, and even less to stop them. “Unlike other types of police misconduct, the abuse of police power to coerce sex is little addressed in training, and rarely tracked by police disciplinary systems,” conclude Nancy Phillips and Craig R. McCoy writing for the Philadelphia Inquirer. “This official neglect makes it easier for predators to escape punishment and find new victims.”

Unfortunately, this is a problem that is hiding in plain sight, covered up by government agencies that are failing in their constitutional duties to serve and protect “we the people.”

That thin blue line of knee-jerk adulation and absolute loyalty to police above and beyond what the law requires is creating a menace to society that cannot be ignored.

As researcher Jonathan Blanks notes, “The system is rigged to protect police officers from outside accountability. The worst cops are going to get the most protection.”

Hyped up on the power of the badge and their weaponry, protected from charges of wrongdoing by police unions and government agencies, and empowered by rapidly advancing tools—technological and otherwise—that make it all too easy to identify, track and take advantage of vulnerable members of society, predators on the nation’s police forces are growing in number.

“It can start with a police officer punching a woman’s license plate into a police computer – not to see whether a car is stolen, but to check out her picture,” warns investigative journalists Nancy Phillips and Craig R. McCoy. “If they are not caught, or left unpunished, the abusers tend to keep going, and get worse, experts say.”

So where does this leave us?

Yet for the sake of the most vulnerable among us, we as a nation must stop turning away from this menace in our midst.

For starters, police should not be expected—or allowed—to police themselves.

This is no longer a matter of a few bad apples. As I make clear in my book Battlefield America: The War on the American People and in its fictional counterpart The Erik Blair Diaries, the entire system has become corrupted and must be reformed.

Andrea Ritchie’s piece in The Washington Post provides some practical suggestions for reform ranging from small steps to structural changes (greater surveillance of police movements, heightened scrutiny of police interactions and traffic stops, and more civilian oversight boards), but as she acknowledges, these efforts still don’t strike at the root of the problem: a criminal justice system that protects abusers and encourages abuse.

It’s difficult to say whether modern-day policing with its deep-seated corruption, immunity from accountability, and authoritarian approach to law enforcement attracts this kind of deviant behavior or cultivates it, but empowering police to view themselves as the best, or even the only, solution to the public’s problems, while failing to hold them accountable for misconduct, will only deepen the policing crisis that grows deadlier and more menacing by the day.