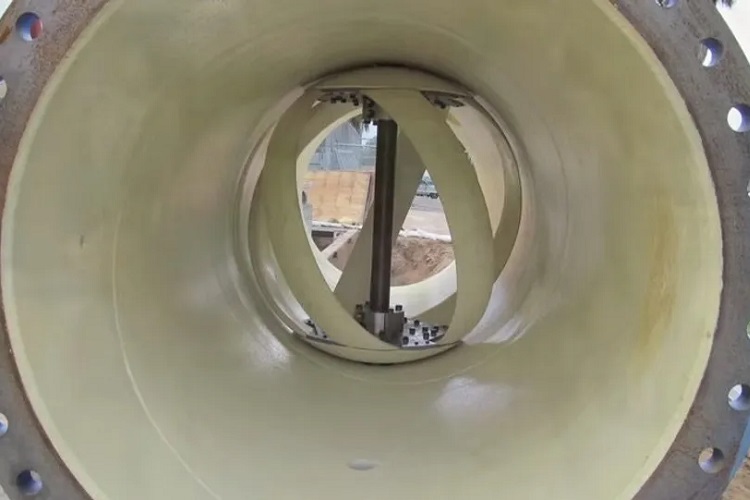 The city of Portland is working with a local energy company called Lucid Energy, to install turbines inside of the city’s pipes to generate electricity from the water that is constantly flowing through them.

Gregg Semler, CEO of Lucid Energy says that these pipes can generate electricity 24 hours a day, 7 days per week, in any weather, making it far more efficient than many other forms of renewable energy.

However, there is one limitation, in order to be cost and energy effective, the pipes need to be installed to flow downhill, otherwise, too much power would be needed to pump the water through the piping system. For now, the pipes are being installed in one of the city’s neighborhoods where the installation is most feasible.

“It’s pretty rare to find a new source of energy where there’s no environmental impact. But this is inside a pipe, so no fish or endangered species are impacted. That’s what’s exciting. We have a project in Riverside, California, where they’re using it to power streetlights at night. During the day, when electricity prices are high, they can use it to offset some of their operating costs,” Semler says.

Selmer also explained that this would be a much-needed upgrade to the water grid, which has not seen many improvements for the past several decades.

“We made electrical infrastructure really smart over the last 20 to 25 years, but the same hasn’t happened in water. They didn’t really know that the pipe burst until somebody from UCLA called. Our pipe can get indicators like pressure, a leading indicator for whether a pipe is leaking or not. So before it bursts and before we waste all the water, there are onboard information systems that water agencies can get to more precisely manage their infrastructure,” Semler explained.

Sensors in the pipes can even monitor the quality of the water to ensure that it is safe to drink. Semler said that this technology could be even more useful in remote areas that are farther away from central power grids.

“It’s a great source of remote power. So in places outside the city that don’t have an electrical grid, you’re able to use the system to generate energy. There’s a lot of energy in going into making sure we have safe clean drinking water. Our focus is really on helping water become more sustainable,” he said.

The installation of the piping system is still in progress, but once it is completed, it is expected to generate $2,000,000 worth of renewable energy capacity over twenty years, which is enough to power up to 150 homes. This idea is only currently being implemented in a small section of the city, but it acts as a proof of concept that can hopefully be expanded in the future.