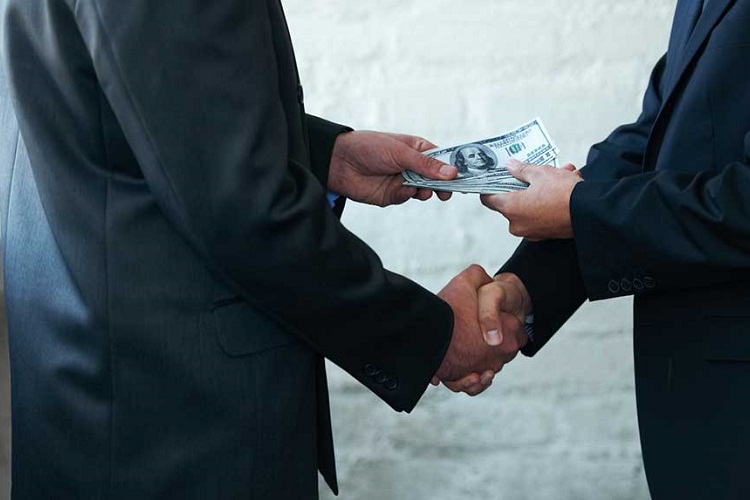 While the drug industry is quick to claim that anyone questioning its integrity is part of a “war against science,” the evidence of industry malfeasance is simply too great and too disturbing to ignore.

From my perspective, the drug industry itself is to blame for the public’s dwindling confidence in scientific findings. Loss of confidence is a natural result when lie after lie is unearthed, and there’s been no shortage of scientific scandals to shake public confidence in recent years.

One researcher who has helped expose industry bias in research is professor Peter Gøtzsche, a Danish physician-researcher who in 1993 co-founded the Cochrane Collaboration and later launched the Nordic Cochrane Centre.

Cochrane publishes hundreds of scientific reviews each year, looking at what works and what doesn’t, and was for decades considered the gold standard for independent scientific meta-reviews.

The organization’s reputation remained remarkably unblemished all the way up until 2018, when Gøtzsche and Cochrane-affiliated researchers Lars Jørgensen and Tom Jefferson published a scathing critique of Cochrane’s review of the HPV vaccine, pointing out methodological flaws and conflicts of interest.

Gøtzsche was subsequently expelled by the Cochrane governing board (although the board insists his removal from the board was due to “repeated misuse of official letterhead to espouse personal views” and had nothing to do with his criticism of Cochrane’s HPV review). Four board members (Gerald Gartlehner, David Hammerstein Mintz, Joerg Meerpohl and Nancy Santesso) resigned in protest of Gotzsche’s removal from the Cochrane governing board.

In a three-page letter to the Nordic Cochrane Centre, Gøtzsche addressed his expulsion and questioned the path Cochrane’s leadership has chosen in recent years, noting “the central executive team of Cochrane has failed to activate adequate safeguards … to assure sufficient policies in the fields of epistemology, ethics and morality.”

In a February 9, 2020, tweet, Gøtzsche wrote: “Cochrane corruption. A Cochrane review did not find that flu shots reduce deaths … ‘After invitation from Cochrane,’ a financially conflicted person ‘re-arranged’ the data and vaccines reduced deaths. They don’t …”

This information, he says, is included in his new book, “Vaccines: Truth, Lies and Controversy.” Indeed, in years’ past, Cochrane has repeatedly found flu vaccinations are ineffective and have no appreciable effect on influenza-related hospitalizations and mortality. For example:

In recent years, medical freedom has come under intense attack. In state after state, vaccine makers and their lobbyists have rammed through legislation that implements forced vaccination by eliminating vaccine exemptions. People in California, New York, Washington and Maine all lost vaccine exemptions last year, as detailed in the National Vaccine Information Center’s annual state legislation report “Vaccine Exemptions Under Attack in 2019.”

Although 4 states lost vaccine exemptions last year, exemptions were protected from removal in 22 other states by the active participation of vaccine choice advocates who educated legislators about why it is important to have flexible medical, religious and conscience exemptions in vaccine laws.

In New Jersey, bill S2173 was halted in the Senate, both in December 2019 and again in January 2020, due to persistent public protests against the bill proposing to eliminate the religious belief vaccine exemption.

The fact that New Jersey managed to thwart this broad attack on freedom is an encouraging sign. Never underestimate the power of the people! The key is numbers — you have to actually take action by contacting your legislators ahead of time to communicate your concerns about a bill you oppose (or support) and showing up at public hearings and on days when votes are taken in your state Capitol.

Thousands of individuals gathered in hallways and outside the Capitol building in Trenton in protest of S2173 on multiple occasions, and it was undoubtedly the sheer size of the opposition that greatly helped to defeat the bill that many considered to be an attack on religious freedom.

Another ray of light shines brightly in Maine. While the state legislature repealed the religious and philosophical belief vaccine exemptions in May 2019 by passing LD 798, residents rapidly succeeded in collecting more than enough signatures of registered voters to get an opportunity to repeal the new vaccine law, and it is now referendum Question 1 on the March 3 ballot.

So, March 3, 2020, residents will have the opportunity to go to the polls to repeal LD 798 and reinstate religious and philosophical vaccine exemptions by voting YES on referendum Question 1. As noted by RejectBigPharma.com:

Why Everyone Needs to Support Maine’s ‘Yes on 1’

It’s important to realize that a victory in Maine would be a victory for all states, as it would set a crucial precedent. The good news is that it’s far easier to win in a state with a small population like Maine because there are fewer people to educate, which means less money is required for advertising.

Maine has an advertising saturation point of about $3 million, meaning if you spend $3 million, you will reach a majority of residents and further advertising will not make a significant difference.

Since Maine will be the first state to put government vaccine mandates and repeal of exemptions to a popular vote, it’s important to support Maine’s Yes On 1 campaign regardless of where in the United States you live. By helping them succeed, they will set a precedent for other states to follow.

As of February 6, 2020, the “Yes on 1 Reject Big Pharma” campaign had raised just over $300,000. The campaign needs to raise at least $1 million to stand a chance against the vaccine industry’s deep pockets. So, please, make a donation to this campaign today!

Of course, if you’re a registered voter in Maine, you can cast a YES vote on March 3, 2020, to restore vaccine exemptions in your state.

Also remember to register to become a user of the free online NVIC Advocacy Portal, operated by the National Vaccine Information Center, to stay up to date on vaccine-related bills that are moving in your state this year, including bills proposing to take away (or expand) your right to obtain a vaccine exemption for yourself or your child.

The NVIC Advocacy Portal also provides access to bill analyses and talking points that you can use to educate your legislators about what the bills will mean to you and your family.

To win, it’s crucial we make sure Maine’s Yes on 1 campaign gets the funding it needs. Make no mistake, the opposition has no financial constraints, as it is led and supported by the drug industry itself.

Ironically, the opposition is accusing the “Yes on 1: Reject Big Pharma” campaign of misleading voters, saying the drug industry has nothing to do with the removal of vaccine exemptions, and doesn’t make any money on vaccines.

In reality, vaccines are a primary profit driver for the drug industry. Merck, which is just one of several vaccine makers, reported over $6.1 billion in sales of their childhood vaccines during the first three quarters of 2019 alone.

A January 2020 vaccine market report states the global vaccine market was worth $41.7 billion as of 2019, and is estimated to hit $58.4 billion by 2024. One of the factors attributed to this rapid growth is “the rising focus on immunization.” Anyone thinking this focus isn’t manufactured by the drug industry itself is fooling themselves.

What’s more, as reported by Yes on 1 at a February 11, 2020, press conference, “No on 1” has already spent $476,000 on just three weeks’ worth of television ads. Yet the opposition — which claims to be a grassroots organization without any pharma funding or connections — report raising only $56,000 in donations. So, where did the rest of it magically come from? At the press conference, a spokeswoman for the Yes on 1 campaign revealed the obvious truth:

“As reported in the Bangor Daily, Bobby Reynolds, spokesman for the ‘No’ campaign … answered this question when he announced that the massive ad buys were funded by — wait for it — vaccine manufacturers. Let that sink in.

After months of denying any connection to Big Pharma, the No on 1 campaign yesterday admitted that they were funded by Big Pharma themselves — the very vaccine manufacturers whose products would be mandated under this law.”

Of course, vaccine makers have enormously deep pockets, which is how many of these laws are getting passed in the first place. One of the reasons they have so much money to spend on lobbying for the removal of vaccine exemptions is because they don’t have to pay for the damage their products cause.

As noted by Dr. Meryl Nass in a February 11, 2020, post on CentralMaine.com, in support of referendum Question 1:

But the industry wants 100% guaranteed uptake, because it is about to roll out a number of new vaccines. The 21st Century Cures Act, passed in 2016, abbreviated the process for testing, licensing and adding vaccines to the childhood schedule. Over 200 vaccines are currently in development.

How many of those vaccines will be required over the next few years is anybody’s guess. There is a huge financial incentive to having your vaccine placed on the childhood schedule by the CDC: no liability for injuries. The right to choose which vaccines your child receives will disappear unless referendum Question 1 passes.”

At the press conference (see video above), Yes on 1 also clarified the opposition’s deceptive message that Yes on 1 would “repeal Maine’s vaccine law.” This is a wildly inaccurate statement.

Yes on 1 simply repeals LD 798, i.e., the law that removes religious and philosophical vaccine exemptions, thus restoring Maine’s vaccine law to what it was before. In other words, certain vaccines will still be required for school attendance, but you will have the right to opt out by claiming a religious or philosophical exemption to one or more of those vaccines — just as you did before LD 798 was written into law.

“While this law [LD 798] masquerades as a public health issue, there’s no evidence it would do anything to improve outbreaks of vaccine targeted disease in schools. Countless cases across the country have shown that these diseases occur in fully vaccinated populations …

Why do we care about Big Pharma’s involvement? Because, a hated industry with no liability, no reason to improve the safety of its products, and an ever growing and aggressive schedule, should not be allowed to influence policy to mandate these very products.”

Maine will be the first state to put government vaccine mandates to a popular vote. To help them succeed and set the precedent for other states to follow, they need your donor support for the “Yes on 1” ballot initiative. A YES vote on ballot 1 is a vote to: