Orwellian Contact Tracing Program Begins in US, with Potential Mandatory Evacuation on Books 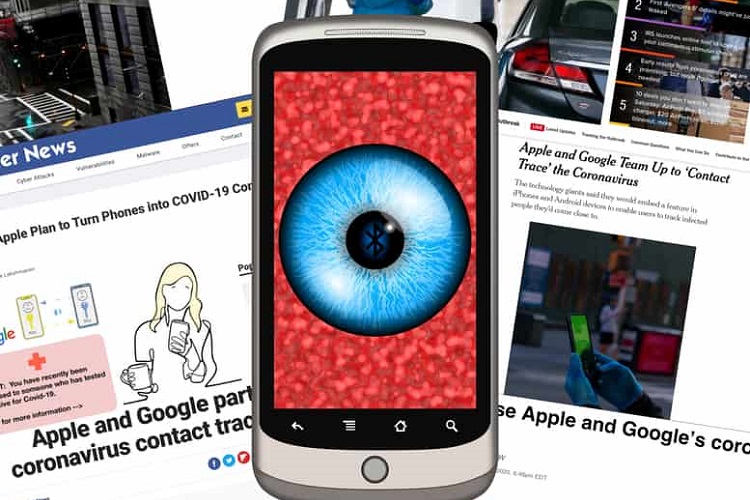 has been launched according to this Ventura County (California) public health official Dr. Robert Levin. In his announcement, he states that his county is beginning to go around to people’s homes and test them for the COVID-19 (the fake virus that still has never been isolated, purified and 100% proven to exist). Then, if the governmental tests (some of which have been shown to have been contaminated with coronavirus itself, and to produce over 80% false positives) find that you “have the COVID infection”, you will be further quarantined and isolated – including potentially being removed from your home! This guy is actually talking about mandatory evacuation of people – kidnapping or grabbing adults and seniors! This is in line with the ominous warning that WHO (World Health Organization) official Michael Ryan gave a over a month ago when he spoke of removing people from their families. It is also in line with what several US state governors have claimed they can do with their newly-invoked and tyrannical emergency powers. At what point are people going to say “Enough is enough”?

If someone didn’t already think we were in highly dangerous territory in terms of loss of freedom, hopefully this new announcement will arouse even the asleep, apathetic and ignorant. The new War on Bioterror is one step closer to reality. Here is a transcript of the video above:

“We are beginning a program today, and it’s a pilot program which will certainly grow into something larger and larger, and that is a community contact tracing program. We’ve done contact tracing all along. A contact is a person who has been exposed to someone who we’ve documented to have the COVID infection. When we find someone who has the COVID infection, those people are immediately isolated but we also work with them to figure out who their contacts were. Luckily because you have been doing such a great job of cooperating and staying indoors, staying isolated, it used to be there were 10 contacts at least for every patient we would find, now it looks like now there are only 2 or 3 or 4 contacts, not surprisingly, because most people have been staying away from others. And that’s good news. But the purpose of this program is to bring on people – we’re going to start with 10 people and we may bring on up to 50 people or even more as the program grows, and as we see the need for it. As we do more testing, we will find even more people who have COVID-19, and again we will isolate every one of them, and we will find every one of their contacts, and we will make sure they stay quarantined, and we will check in with them every day. In other words, what this program means is that we’re going to do a more complete job and we’re going to do a more meticulous job, of making it less and less possible for others in the county to run into someone with COVID-19 infection. There are ... it’s not just our county that’s bringing more people on. There are going to be thousands of people hired who will be these contact investigators throughout the state, and this is occurring in many many other states as well, perhaps all the states in our country. We will be giving intensive training to these people, training not only for identifying and finding contacts, but also in terms of how to be sensitive about doing it. We also realize that as we find more contacts, some of the people we find are going to have trouble being isolated. For instance, if they live in a home where there’s only 1 bathroom, and there are 3 or 4 other people living there, and those people don’t have COVID infection, we’re not going to be able to keep the person in that home … we’ll be moving people like this into other kinds of housing that we have available.”

America’s favorite crime family (next to the Bushes) – the Clintons – are also getting involved in exploiting the coronavirus crisis. What else would you expect? Bill Clinton recently spoke with New York Governor Andrew Cuomo and California Governor Gavin Newsom where they discussed the idea of an “army of tracers” (Cuomo’s words) and using the AmeriCorps to become the new national contact tracing force. Clinton created AmeriCorps in 1993. Meanwhile, Congressman John Garamendi recently introduced the bill “Undertaking National Initiatives to Tackle Epidemic Act” (UNITE Act) which seeks to “expand volunteer opportunities within AmeriCorps and the Federal Emergency Management Agency” (FEMA). This article summarizes what the UNITE Act seeks to do:

Requires the Corporation for National and Community Service (CNCS) to prioritize activities related to coronavirus testing and contact tracing and to increase recruitment of AmeriCorps volunteers to 500,000 (approximately 75,000 currently serve). Additionally, it permanently sets the compensation floor for volunteers at 200 percent of the poverty level, roughly double what it is today.

Authorizes the funds necessary to hire, train, and administer 10,000 additional FEMA Cadre of On-Call Response/Recovery Employees (CORE) to perform contact tracing of those infected by the coronavirus, provide logistical support for the supply chain of medical equipment, and to fulfill other disaster and public health related needs.

Directs the Peace Corps to extend health benefits for evacuated Peace Corps volunteers for six months and to waive all non-medical application requirements for reenrollment of all volunteers wishing to return to the Peace Corps service after operations of the Agency resume.

Requires the Peace Corps to report to Congress on the progress of the agency’s offer to reenroll each evacuated volunteer in the Peace Corps and expeditiously return the roughly 7,300 volunteers abroad once the suspension of Peace Corps operations ends and it is safe.

Can you imagine what would happen if these power-hungry control freaks got their way? A 500,000 strong army of tracers going door-to-door in America to hunt down the infected and forcibly remove them from their families, to isolate and re-locate them elsewhere? For me, this conjures up images of secret police of historically tyrannical regimes around the world, such as the Nazi Gestapo or SS, the Soviet NKVD, the Iranian SAVAK and the German Stasi. And it would never come to America? Think again. It’s happening right under our noses. Notice how the scam runs: they create a crisis, force people out of work, destroy small businesses, then re-hire those newly unemployed to work for the government as tracers – first making people dependent and then recruiting them to enforce the agenda.

Alarming Emergency Proclamations of US Governors

Many US states are still under a de facto, soft martial law where the US Constitution and Bill of Rights are suspended, even despite partial re-openings. For example, in Hawaii, Governor David Ige issued a 6th Emergency Proclamation on April 25th 2020. Look at some of the “laws” (not true natural law, but statutes operating under color of law) this man is trying to invoke:

a. Alerts, warnings, notifications, and activations;

b. Warnings and signals for alerts and any type of warning device, system, or method to be used in connection therewith;

c. Partial or full mobilization of personnel in advance of or in response to an actual emergency or disaster;

d. The conduct of civilians and the movement and cessation of movement of pedestrians and vehicular traffic during, before, and after alerts, emergencies, or disasters;

e. The shutting off of water mains, gas mains, electric power connections, or suspension of other services; and

Did you catch that? Shutting off utilities to people! Mandatory evacuations! It is utterly insane. The next page has this fantastic section (where the government will seize control of materials and supplies, and decide how they will be distributed) which makes one wonder whether Hawaii has just become a communist command-and-control state:

“Section 127A-13(a)(8), HRS, to prevent the hoarding, waste, or destruction of materials, supplies, commodities, accommodations, facilities, and services to effectuate equitable distribution thereof, or to establish priorities therein; to investigate; and notwithstanding any other law to the contrary, to regulate or prohibit, by means of licensing, rationing, or otherwise, the storage, transportation, use, possession, maintenance, furnishing, sale, or distribution thereof, and any business or any transaction related thereto.”

Governor Ige, while he was busy shredding the Constitution, also decided to pave the way for mandatory vaccinations with emergency powers claiming the right to force “compulsory immunization programs” on people:

James Corbett covered in this video how Orwellian the buzzphrase contact tracing even is. It’s surveillance, it’s invasive, it’s a gross violation and it’s a giant scam to separate people from their families, force vaccinate them and much more. The temperature is rising. Humanity now faces a formidable threat. The battle has arrived. Will people be able to retain freedom and sovereignty in the face of this sinister and all-encompassing NWO (New World Order) agenda? It will be a race against time to see whether people can wake up fast enough to unite and repel the dark force that is orchestrating Operation Coronavirus.