No Rulers, No Masters, No Gods 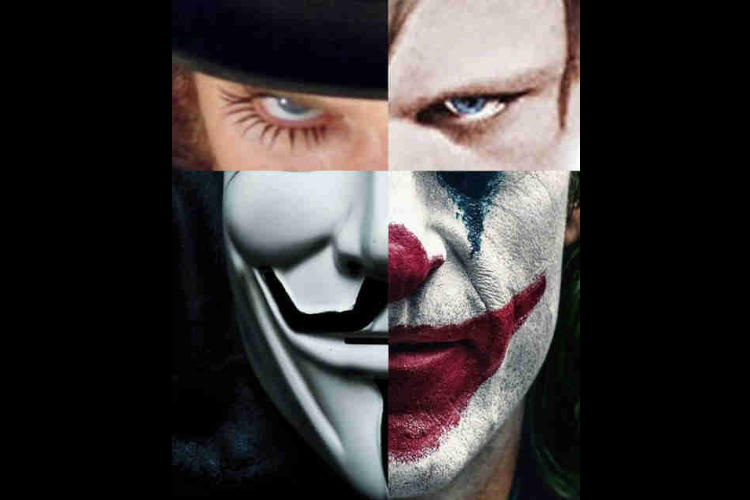 “Tradition becomes our security, and when the mind is secure it is in decay.” ~Jiddu Krishnamurti

What problems tend to arise? Many: Violence, rape, coercion, slavery, and forced compliance despite consent are the most typical and egregious.

When your society’s solution to a problem is violence, rape, coercion, slavery, or forced compliance, then you know that your society is profoundly sick. As David Graeber said, “People don’t need to be threatened with force or fines or jail time (or divine commandments) to get them to do the right thing. We can organize ourselves and police ourselves. In fact, that’s the only way it can happen with respect and dignity maintained.”

So as to maintain our respect and dignity, and to avoid these problems, we must learn self-rule, self-mastery, and how God is implied in the cosmos itself. Let’s break it down…

No rulers except self-rule:

Rebel. Nonconformist. Maverick. Self-rulers embrace rules that are in healthy alignment with universal laws (valid), but they courageously break rules that are not (invalid).

Governing the precept that humans are fallible, imperfect, and prone to make mistakes, especially when it comes to power, it stands to reason that confiding in a system made up of humans wielding power over others is absurd. It’s circular reasoning at its worst.

There must be checks and balances. Once we’ve accepted our own fallibility, we are more likely to be compassionate toward other fallible beings. But we are also more likely to recognize fallibility and to help correct it.

So, it stands to reason that attempting to rule ourselves (despite our personal fallibility) is superior to allowing others to rule us (since power tends to corrupt). Leadership then becomes a thing we teach each other how to do, rather than a thing we force upon each other.

Keep in mind: ‘no rulers’ does not mean ‘no rules.’ Rules will always arise organically and socially through the natural checks-and-balancing mechanisms of self-rulers. As Peter Kropotkin said, “Anarchism is mutual support, mutual aid, and mutual defense.”

Through mutual support, mutual aid, and mutual defense, we teach each other how to rule ourselves. True leadership is teaching others how to lead themselves.

In the crashing plane that is our sick society, the self-ruler puts the oxygen mask on him/herself first so that he/she can help others who may be less capable. In this way, they lead by healthy example.

No masters except self-mastery:

“She wasn’t afraid to be herself. When everyone said, ‘be a lamb,’ She showed her fangs and became a wolf.” ~Unknown

Self-taught. Autodidact. Divergent. Self-mastery keeps the individual focused on what he/she can control rather than on attempting to control others.

Self-mastery makes mastery of others obsolete. When everybody learns how to directly self-correct, the system is more likely to indirectly self-correct. A system of self-masters eventually balances out a corrupt system of masters and slaves. Simply by focusing on building the healthy new despite the unhealthy old, we get ahead of the societal curve.

Self-mastery is precisely a focus on the healthy new despite the unhealthy old. It’s the full acceptance that we cannot (and should not) attempt to control others, especially when we can barely even control ourselves. Instead, the focus is on self-mastery, self-correction, self-improvement, and self-overcoming, despite the master-slave paradigm that surrounds us.

A bottom-up strategy of leadership is where individuals learn self-mastery. The self-master’s teachers are Nature, Pain, Validity, and other individuals who have mastered the self. Self-mastery is grounded mastery. It works from the bottom (roots) up (crown). It’s a health-based, body-based, earth-based philosophy.

Bottom-up self-mastery follows the golden rule and the non-aggression principle, while instilling the courage to disobey any laws/rules/commands that go against them. Bottom-up leadership is about self-mastery despite those claiming to be masters.

Lest we give into the insanity that arises from entrenched power, we must remain self-empowered individuals seeking self-mastery, rather than self-inured individuals blindly following a chain of obedience that keeps corrupt power entrenched.

As Albert Camus suggested, “It is the job of thinking people (self-masters) not to be on the side of the executioners.” And then we must go beyond this and teach each other how not to be executioners.

No Gods except oneness with all things:

“Let me keep my distance, always, from those who think they have the answers. Let me keep company always with those who say “Look!” and laugh in astonishment and bow their heads.” ~Mary Oliver

Skeptic. Heretic. Nonbeliever. Those who allow God to be ‘everything’ (infinite) tend to question any particular God claiming to be ‘something’ (finite).

Everything is already God. Almost every religious person, spiritual person, and secular person would probably agree with this.

The problem is that we have too many people attempting to browbeat and force feed each other into accepting a particular God through blind faith and allegiance. When you have enough people with differing ideals of what God is, it creates conflict, violence, and even war.

The solution is to simply allow everything to be God. Any attempt to force “Everything” into being “Something” should be mocked, ridiculed, and laughed at, but also tolerated. Cultural leveling mechanism are vital toward maintaining a healthy balance in society. Especially when it comes to God.

‘No Gods except oneness with all things’ simplifies existential angst. Rather than balk, we laugh. Rather than finitely pigeonhole God, we allow God to be infinite. Rather than claim God is a ‘he’ or a ‘she’ or even an ‘it,’ we simply allow God to be all things; from quarks to quasars, from gluons to galaxies, from microcosm to macrocosm, from Big Bang to Big Crunch and everything in between.

As it stands, there are too many typical “leaders” (whether religious or secular) telling people what to think. We desperately need more radical leaders (self-rulers, self-masters, interdependent forces of nature) who teach people how to think… for themselves.

Gary ‘Z’ McGee, a former Navy Intelligence Specialist turned philosopher, is the author of Birthday Suit of God and The Looking Glass Man. His works are inspired by the great philosophers of the ages and his wide awake view of the modern world. Find Gary at Self-Inflicted Philosophy.