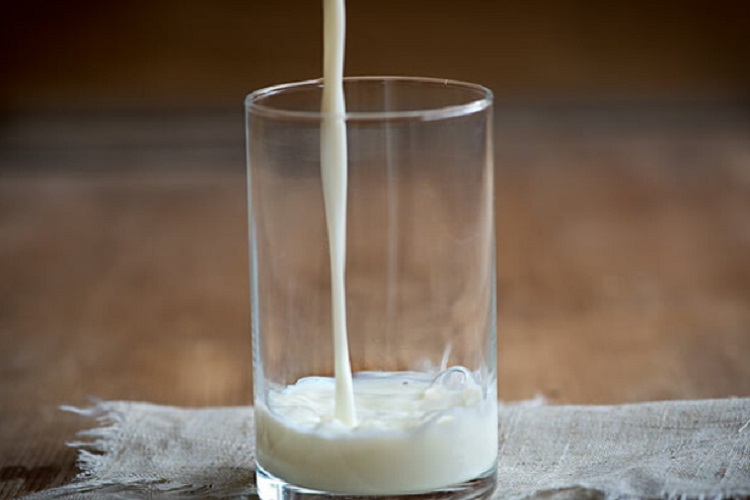 Drinking dairy milk may be a contributing factor in having an increased risk of developing breast cancer, according to a new study conducted by researchers at Loma Linda University Health.

Researchers published the controversial study this week in the Oxford International Journal Of Epidemiology. They looked at the dairy intake of 53,000 American women and found that higher intakes of diary milk were associated with greater risks of developing breast cancer. The average age of participants in the study was 57 years old.

The study was funded by the National Cancer Institute and the World Cancer Research Fund as a part of a health study exploring the links between lifestyle, diet, and disease.

According to the study, there is an association between milk consumption and breast cancer—but not causation.

The scientists found that consuming as little as a third of a cup of milk a day was associated with a 30 percent increase in the risk of breast cancer. For women who drink two to three cups of diary milk per day, the study proclaimed the associated risk of developing breast cancer rose to more than 70 percent.

The study found no significant difference in comparing full fat to non-fat milk.

However, the researchers did not take into account other risk factors for breast cancer, including environment, ethnicity, family history, and genetics. The study was also done via questionnaire and analysis through a database rather than through independent testing, which may skew the results. In other words, the study is not fully conclusive and more testing is needed. However, the researchers are warning that “current guidelines for dairy milk consumption could be viewed with some caution.”

Since there was no independent testing conducted, it is unknown if there is a connection or not.

According to American biochemist Dr. T. Colin Campbell, daily milk is one of the most harmful foods consumed by humans, and he has the scientific research to back up his claim. Campbell has been warning people for years that milk “turns on cancer” and that it “leeches calcium from your bones.” Dr. Campbell is known for his influential book The China Study: The Most Comprehensive Study of Nutrition Ever Conducted And the Startling Implications for Diet, Weight Loss, And Long-term Health. The book, based on a 20-year long study conducted by the Chinese Academy of Preventive Medicine, Cornell University, and the University of Oxford, documents serious negative implications of consuming milk.

The China Study examines the link between the consumption of animal products (including dairy) and chronic illnesses such as coronary heart disease, diabetes, breast cancer, prostate cancer, and bowel cancer.[3] The authors conclude that people who eat a predominantly whole-food, plant-based diet—avoiding animal products as a main source of nutrition, including beef, pork, poultry, fish, eggs, cheese, and milk, and reducing their intake of processed foods and refined carbohydrates—will escape, reduce, or reverse the development of numerous diseases. [Source]

According to Campbell, the main protein found in cow’s milk is called casein and is a serious carcinogen that can have major consequences for public health in America and around the world.

“Casein is the most relevant chemical carcinogen ever identified, make no mistake about it.” – Dr. Colin Campbell

Campbell says that milk actually makes bones weaker by leaching calcium from them.

“One thing animal protein does is trigger metabolic acidosis. This happens when the body produces too much acid and becomes very acidic, which can be caused by multiple things, including the absorption of casein found in animal protein. Casein makes up almost 90 percent of the protein in a cow’s milk. When the body experiences this type of acidosis, it actually forces the body to compensate by leaching calcium from the bones to help neutralize the increased acidity. Over time, all of this can have severe and detrimental effects on bone health, and studies have shown this,” Katherine S. Pollard, a PhD at the University of California, San Francisco, said in a lecture.

The primary reason for this, as Dr. Campbell states, is that the consumption of casein protein creates an acidic condition in the body, known as metabolic acidosis, which is widely perceived to be a primary driver of a litany of diseases and poor health conditions and has even been called a precursor to cancer.

A previous study of men suggested dairy products might increase a male’s risk of developing prostate cancer by 30 to 50 percent.

Last year TMU reported that a trial showed that human breast milk may do the opposite due to a chemical contained within called Alpha1H. This chemical helps break tumors up into smaller fragments which the body can then rid itself of via urine.

So what’s a milk lover to do? There are many alternatives on the market for daily milk. Milk doesn’t just come from cows. Alternative milks, including those made from coconuts, almonds, oats, flax, and more are readily available in stores and are very easy to make yourself. Often these milks provide even more nutrients than cow milk does too.