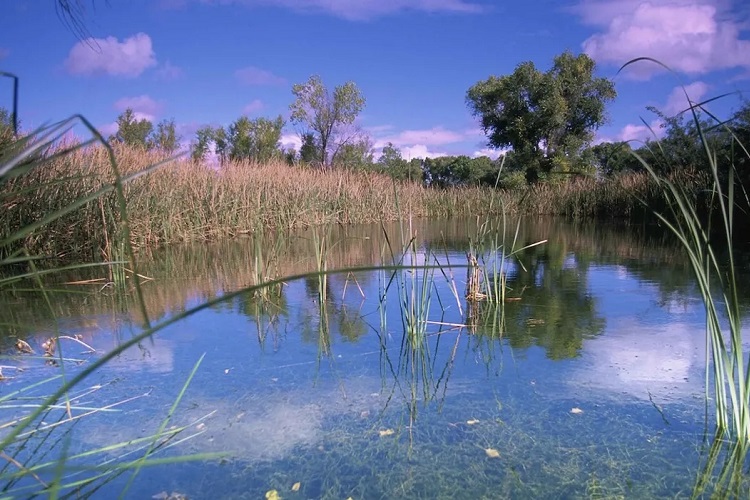 A new report shows that groundwater needed to construct Trump‘s border wall will increase the likelihood of extinction for eight species, as Newsweek reported.

A plan to construct the 30-foot tall border wall along the edge of the San Bernardino National Wildlife Refuge in southeastern Arizona threatens the likelihood that the rare Rio Yaqui fish will continue to survive. The protected desert springs and streams provide the only habitat for the fish, as The Guardian reported.

In addition to the Rio Yaqui fish, three other fish rely on the groundwater there that is rapidly depleting as construction marches forward on a 20-mile stretch of wall. The Yaqui topminnow; chub; beautiful shiner; and Yaqui catfish are all directly threatened by the loss of groundwater. The federally protected Chiricahua leopard frogs, Huachuca water umbel, Mexican garter snakes and Aplomado falcon are also threatened, as Newsweek reported.

“There’s good reason to believe that the Yaqui fish’s only U.S. habitat is drying up as a result of tens or hundreds of thousands of gallons of groundwater being pumped to build the border wall,” said Laiken Jordahl, a borderlands campaigner with the Center for Biological Diversity who recently visited the area, as the The Guardian reported.

The endangered species there were already under threat from a prolonged drought and extensive heat waves fueled by the climate crisis. Furthermore, water-intensive crops like alfalfa and pecans are straining aquifers in the region, according to The Guardian.

To construct the border wall, the Trump administration claimed a national emergency, which allowed it to divert Department of Defense funds earmarked for national security and counter-drug programs towards construction of a wall. To accelerate construction, the federal government waived 28 laws designed to protect clean air, clean water, public lands and endangered wildlife, as the Center for Biological Diversity noted in a press release.

The Trump administration waived some of the bedrock environmental protections, including the 1969 National Environmental Policy Act, the Endangered Species Act, and the National Fish and Wildlife Act and Migratory Bird Conservation Act. All of these acts require extensive scientific, environmental and costs analysis before a proposed project can move forward, according to The Guardian.

“With his wall obsession, President Trump has created an environmental crisis at the border,” said Democratic Arizona congressman Raúl Grijalva, according to The Guardian. “Through environmental waivers and stolen funds, he’s building a wall that will deplete precious water resources, desecrate sacred sites and destroy the environmental treasures and biodiversity that make the borderlands unique.”

Trump has ordered 500 miles of border wall constructed by the end of 2020, which will not allow time for environmental reviews. So far, only about 90 miles have been built, which mostly replaced old fencing, according to the AP.

The U.S. Army Corps of Engineers estimates that every mile of wall costs $14 million. The roughly 100 miles that are slated to be built on the Arizona-Mexico border will require 50 million gallons of water just to build the footers for the steel slats which will tower over the border itself. More water will be needed for dust control during the 14 months of construction, according a recent essay by Gary Nabhan, an agricultural ecologist at the University of Arizona in Tucson investigating food and water security on the borderlands, in Earth Island Journal.

Drilling new wells to construct the wall will create some of the lasting threats that already-stressed fauna will suffer over the next century, according to Nabhan’s essay.

“It’s painful to see how much flora and fauna has already been destroyed in our beautiful desert,” said Regina Romero, the newly elected mayor of Tucson, as The Guardian reported. “Throwing billions of dollars into building a wall will not make our borders more secure, but will cause destructive flooding and irreparable damage to migration patterns for many wildlife species only found in the Sonoran desert.”