NASA Believes Alien Life May Be Hiding in Caves on Mars 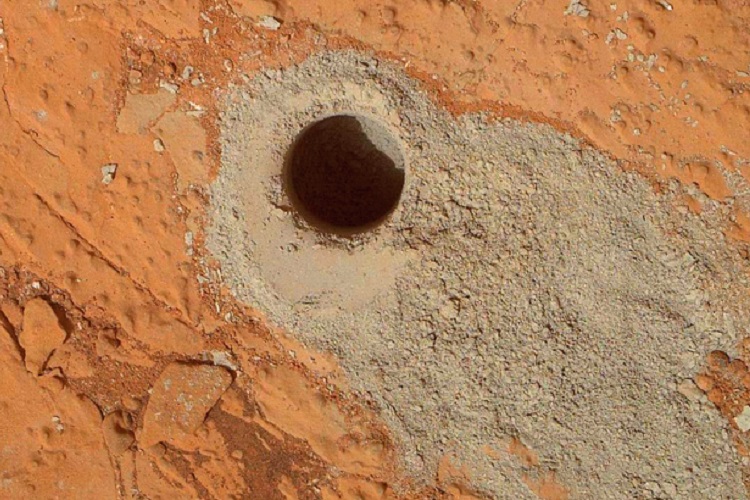 NASA scientists believe that if there is life on Mars it is likely to be found inside the red planet’s caves.

According to Space.com, NASA Jet Propulsion Laboratory research scientist Vlada Stamenković explained the Martian underground life theory at a recent astronomy conference. There were other astrobiologists and experts in attendance who expressed the theory and agreed that the best places to look for life on Mars are the subterranean caves and the salt and ice.

Speaking at the Mars Extant Life event at the National Cave and Karst Research Institute in Carlsbad, New Mexico last November, Stamenković reportedly stated, “The surface of Mars is a very oxidizing, radiation-heavy environment where liquid water is not really stable for an extended amount of time.”

“It’s the worst place to look for life-sites on Mars,” Stamenković said. “Groundwater might be the only habitat for extant life on Mars if it still exists today.”

The surface of Mars is very cold and dry. There is a lot of radiation on the red planet making it mostly inhabitable for current known organisms. Although, Space.com notes that there has been recent discoveries about life in extreme environments here on Earth.

Some scientists believe that flexible robots should be created that could explore the cave systems on Mars. Yet that would be very costly to accomplish.

Instead, Stamenković suggested that NASA use a rover that could sense underground groundwater or chemicals associated with life from the surface.

NASA intends to send its 2,260 pound Perseverance rover to Mars later this year to gather samples of potential life that is either alive or extinct and then send it back to Earth for vigorous testing.

“Scientists have long known that there is water in the form of underground ice at the Martian poles. But the poles are a harsh environment – a cold place on a planet where the summer daytime temperature at the equator can approach a balmy 70 ºF, but the night time temperatures in the same location and on the same day can swing to -100 ºF. Winter temperatures on the Martian poles can get as low as -195 ºF. So, settling on the Martian poles to get at water isn’t in the cards,” Don Lincoln, a senior scientist at Fermilab, America’s flagship particle physics laboratory, previously wrote in Forbes.

Robots have been scoping out Mars for years investigating the surface for signs of past life and evidence of water while orbiters circling around Mars image and map out the planet. Underground martian ice was discovered by the Mars Odyssey orbiter (MOO) and then followed up on by the Mars Reconnaissance Orbiter (MRO).

Finally in 2019, it was published in the journal Geophysical Research Letters that ice could be just an inch beneath the surface of the planet. NASA mapped out the entire planet’s water and ice locations last year. These areas of Mars housing water or ice near caves may be where extraterrestrial life lies in the form of microbial life and maybe even undiscovered still yet unknown organisms. But we better hurry up, as the desolate planet of Mars is quickly evaporating water from the surface.