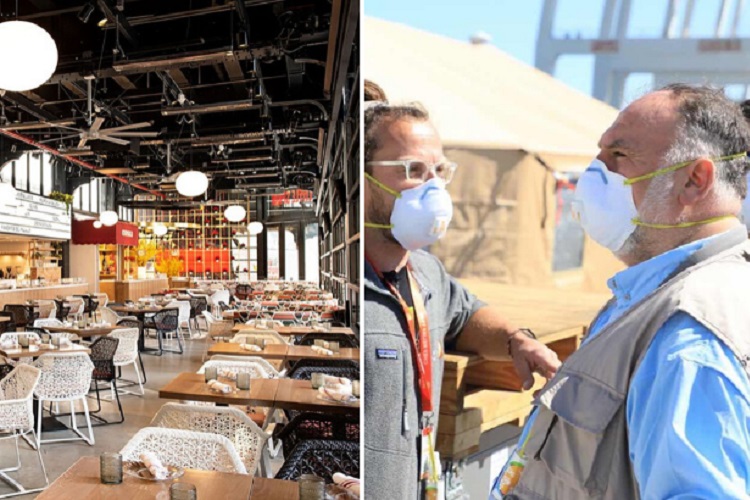 Chef José Andrés, the celebrated Spanish-American chef, has long been working hard to offer great food to hungry people whether through his 5-star restaurants or through his charity, World Central Kitchen.

And now, Chef Andrés plans to ensure that people can continue to eat well despite the disruptive and lethal coronavirus pandemic.

On Sunday, the Michelin-starred chef announced on Twitter that while his critically-acclaimed restaurants will be closed to the general public due to the coronavirus outbreak, the kitchens will still be humming along with activity, with eight of his Washington D.C. and New York City locations offering gourmet food to struggling workers and out-of-work families.

In effect, his restaurants will now be transformed into soup kitchens, where hungry people can get nourishing meals between noon and 5 p.m. for $7 each, but “those who cannot afford to pay, we will welcome as well,” he said. Workers at the kitchens will also be receiving paid time off for the first two weeks.

“All my restaurants in DC area are closed until further notice. Here at @ThinkFoodGroup safety of employees & guests is [top] priority. Some restaurants will transform into Community Kitchens to offer to-go lunches for those who need a meal.”

People of America…Important News: All my restaurants in DC area are closed until further notice. Here at @ThinkFoodGroup safety of employees & guests is too priority. Some restaurants will transform into Community Kitchens to offer to-go lunches for those who need a meal. (1/4) pic.twitter.com/3HTyT607ZI

Andrés founded the charity, World Central Kitchen, in 2010 to offer prepared food to needy people in disaster zones in Haiti, Uganda, Cambodia, and even in U.S. locations in Southern California, Hawaii, and Texas. His team helped provide over 3.6 free million meals to the people of Puerto Rico after the devastating Hurricane Maria, earning Andrés major recognition and awards for his good deeds.

Most recently, Chef José and his charity were in Oakland, serving three hot daily meals to the quarantined cruise ship passengers and staff who were stranded offshore aboard the Grand Princess liner.

The charity has also helped provide several thousands of meals to students who otherwise wouldn’t eat due to prolonged school closures.

Chef José has joined the WCK team in Oakland where we continue to serve three meals a day to guests & crew onboard the #GrandPrincess. We’ll be here for a few more days as we also prepare the next steps in our coronavirus response across the country. #ChefsForAmerica pic.twitter.com/FrvZOfuZfc