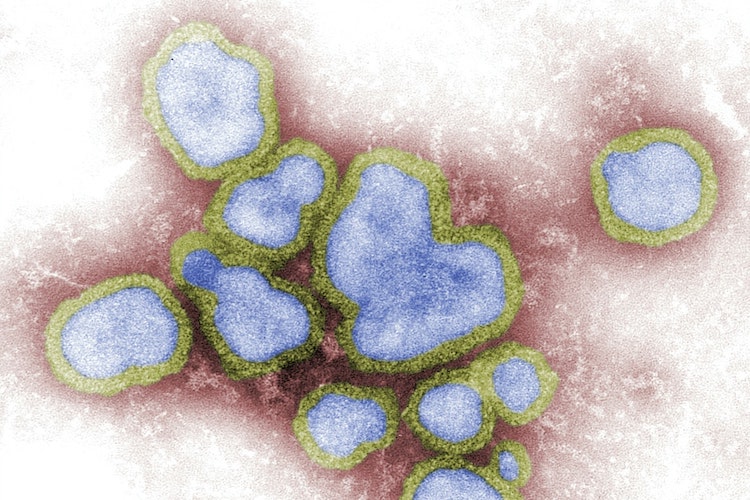 One of the most bizarre features of the alleged COVID-19 ‘global pandemic’ has been the mysterious disappearance of the seasonal flu in medical and public health record keeping. It’s as if the Flu just vanished into thin air after being the most common perennial seasonal respiratory virus.

As it turns out, recorded seasonal influenza cases have literally nosedived by 98% across the globe.

This improbable phenomenon has led a number of experts to ask, “Has Covid killed off the flu?”

“The disappearing act began as Covid-19 rolled in towards the end of our flu season in March. And just how swiftly rates have plummeted can be observed in ‘surveillance’ data collected by the World Health Organisation (WHO),” reported the UK’s Daily Mail

WHO spokesperson, Dr Sylvie Briand, recently claimed during a press briefing that “literally there was nearly no flu in the Southern hemisphere” of the planet Earth in 2020, but gave no real explanation as to why. She then went on to extend this magical thinking saying that, “We hope that the situation will be the same in the Northern Hemisphere.”

Truly extraordinary science by the health experts at the WHO.

Earlier in December, Southern California news outlet KUSI raised the alarm which prompted an audit of COVID statistics in their region…

SAN DIEGO (KUSI) – COVID-19 cases continue to increase across California, and here in San Diego County, but flu cases remain extremely low in comparison to this time in previous years.

We are well into flu season, but San Diego County’s data for flu infections only shows 36 reported cases so far this year. Carl DeMaio tweeted out this shocking revelation, comparing it to this time in other years saying, “In a typical year we get over 17,073 on average!”

DeMaio explained, “if you are going to use a set of numbers like COVID stats to shut down the economy, to take people’s livelihoods away, then we have to really look closely at what those numbers really mean, and whether those numbers are giving us the right picture.”

Continuing, “my concern has been from the get go, that we are relying on numbers from government agencies, that may have a different agenda at stake. We would benefit from having a different set of eyes looking at them, such as an auditor or a citizens review committee. Because again, the decisions being made on these data sets are sweeping, the lockdowns are far reaching in terms of their impact.”

DeMaio then said San Diego County has refused to have any look over or vet our local COVID-19 numbers.

Chairman of Reform California, Carl DeMaio, joined KUSI’s Jason Austell on Good Morning San Diego to explain why he is calling for a “full audit of the COVID-19 data we are seeing reported from our public health system.”

As different pressure groups and journalists begin to demand answers from the various health authorities, it’s becoming clear now that there has likely been some degree of widespread, systemic administrative fraud designed to over-inflate COVID-19 numbers to the detriment of every other normal seasonal illness or disease.

Paul Craig Roberts from the IPE expanded on all of this in a recent piece:

Is there no flu this year or is flu “the second wave of Covid?” Don’t expect any honest answer from health authorities. They have the fear running strong, so strong that people are submitting to needless lockdowns that are causing economic havoc to their lives and to mask mandates that do more harm than good.

What is it all about?

Is it simply about vaccine profits for Big Pharma?

Or is it about getting people accustomed to arbitrary orders unsupported by legislation? Isn’t what we are experiencing a takeover of our lives by the executive part of government? 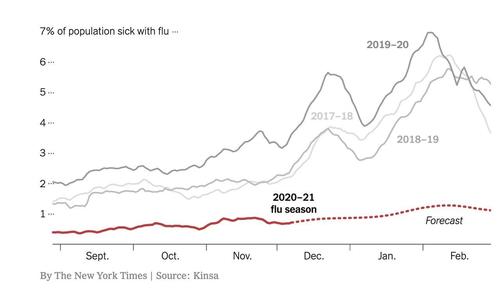 So much for those warnings of a “twindemic”…