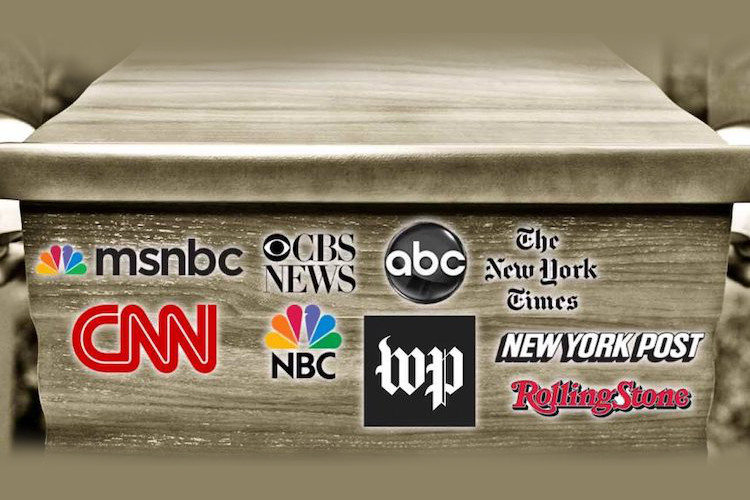 Everyone reading this article right now has likely experienced or knows someone who has experienced some form of social media censorship. Whether your entirely peaceful post received a “fact check” label, or was “removed for violating community guidelines” or you were unceremoniously silenced for life, Facebook and Twitter censorship affects millions. No matter what degree of big tech censorship you have faced, there is a common theme with all forms of it — it is censorship for thee, not for me.

When an independent news outlet puts out information that is verifiably factual but challenges the establishment narrative on issues, often times, this will trigger a fact check. As a result of the “fact check” that news outlet’s social media reach is diminished, all of their followers receive a notice that they shared false information, and in order to get the “fact check” lifted, that outlet has to appeal the decision and prove to the fact checker that there was never anything reported that was false.

The Free Thought Project knows this process all too well as we have a target on our backs and we have successfully refuted and overturned nearly  every fact check from the outlets who respond to our appeals. But even after the fact check is reversed, the damage is done. Even though they were all given a notification that they shared possibly false information, our users never get a notice that the ruling was overturned and our information was vindicated.

Our name is run through the mud on the public stage and when it’s finally cleared, it happens behind closed doors and no one see it.

Quite to the contrary, however, the establishment media can and does frequently publish information that is verifiably false and they face little to no recourse at all — though now, the heavily left-leaning fact checkers are becoming more prone to calling out right wing mainstream media like FOX. But even then, these media goliaths face almost no backlash for putting out false information that has led to mass suffering and even wars.

To prove this point, we need only look at the recent push by many in the leftist establishment media to discredit the drug ivermectin. Whether or not it can help prevent covid is moot but one thing is for certain, blow hards like Rachel Maddow and the rest of the big pharma shills who do nothing but repeat the establishment’s narrative — have zero business telling you what to do with it. They are not doctors or scientists, they are paid actors whose jobs consist of rattling off the day’s talking points to keep their party followers believing an established narrative.

Case in point: “Horse dewormer.” Where are the ‘Fact-Checkers’ on the media referring to Ivermectin as a “live stock drug” or “horse dewormer”? While it is used for these things, it was invented by Japanese scientist Satoshi Omura who won the Nobel Prize for its discovery which saved millions of human lives.

Ivermectin is catalogued by the WHO as an essential medicine and referred to as a “magic bullet” for the global health of humans — not horses.

But these facts matter not to the establishment’s Praetorian guard. The mainstream is allowed to spout false information about medicine that could likely be leading to the needless suffering and even deaths of countless individuals. And they do so with impunity.

“The ERs are so backed up that gunshot victims were having hard times getting to facilities where they can get definitive care and be treated,” the source for the bogus news piece said. Instead of easily calling the hospital to verify this claim, the NBC affiliate ran with the headline, “Patients overdosing on ivermectin backing up rural Oklahoma hospitals, ambulances.”

Eventually, after the story went viral, the hospital system that the NBC source, Dr. Jason McElyea referenced – the Northeastern Hospital System – refuted his claims and said in a statement that McElyea is not an employee, “but is affiliated with a medical staffing group that provides coverage for our emergency room.”

“With that said, Dr. McElyea has not worked at our Sallisaw location in over 2 months,” and “NHS Sequoyah has not treated any patients due to complications related to taking ivermectin. This includes not treating any patients for ivermectin overdose.”

Despite this statement from the hospital, this story was picked up and run by a slew of left wing media as if it were the holy grail to smashing all things ivermectin. Rolling Stone, Insider, Brian Tyler, who ironically hosts the show called ‘No Lie’, MSNBC producer Lauren Peikoff, the Daily Mail, The Guardian, Newsweek, The Hill, New York Daily News, leftwing health “experts” like Eric Feigl-Ding, and MSNBC hosts Rachel Maddow and Joy Ann Reid all regurgitated this lie to their millions of followers.

It isn’t merely that @Maddow refuses to remove the fabricated story she made go viral. Her disinformation could be quite dangerous: someone needing urgent care could have read her false claim that ERs in their area were overrun with ivermectin patients and unable to see patients: https://t.co/RJ4hNGsJ0Q

“‘The scariest one I’ve heard of and seen is people coming in with vision loss,’ he said.”https://t.co/P909GtxBQZ

“Patients overdosing on ivermectin backing up rural Oklahoma hospitals, ambulances,” tweeted Maddow on Sept. 2, and the tweet remains up and does not have a warning on it that it was proven false.

Too busy creating strawmen and debunking satire to fact check one of your own, I see. https://t.co/vLNWgLckWc

See how that works? If you are part of the establishment, you can start, spread, and repeat harmful lies about a medication that could end up potentially harming people — and you can do so with impunity and without worry that your lies will be fact checked.

If this doesn’t blow the entire “fact checking” narrative out of the water and prove that these partisan hacks are more involved in propaganda than they are with truth, nothing will.

Before this debacle, these fact checkers already had almost zero credibility but now, this should be the final nail in that coffin.