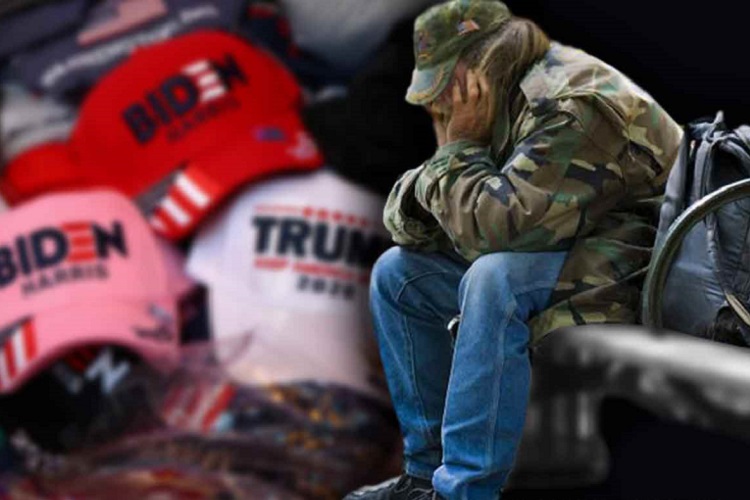 Because Donald Trump and Joe Biden are the antitheses of what the supposed “leader of the free world” should look like, they had to spend billions of dollars to convince people to vote for them. As a result of running who could be considered the two worst candidates in US history against each other, the total cost of the 2020 election nearly reached a historic $14 billion.

Running a child sniffer against a p***y grabber resulted in the most expensive election ever. To put it into perspective, in 2016, those terrible candidates spent just half of what was spent this time. To be clear, this is the total money spent by all elected positions, not just the presidential candidates. However, the presidential campaigns accounted for a large portion of the spending.

“Donors poured record amounts of money into the 2018 midterms, and 2020 appears to be a continuation of that trend — but magnified,” said Sheila Krumholz, executive director of the Center for Responsive Politics. “Ten years ago, a billion-dollar presidential candidate would have been difficult to imagine. This cycle, we’re likely to see two.”

According to OpenSecrets.org, a political funding watchdog, Democratic candidates and groups have spent $6.9 billion, compared to $3.8 billion for Republicans. Democrats’ spending falls to $5.5 billion when excluding spending by billionaire presidential candidates Michael Bloomberg and Tom Steyer.

As billions of dollars poured into campaigns for people to rule you, thanks to COVID-19 mandates, millions of Americans slid into poverty and the homeless population skyrocketed. Instead of helping those in need, Americans got a one-time $1,200 check and were told to kick rocks as tyrannical governors forced them out of work.

According to an estimate by the Department of Housing and Urban Development, or HUD, it would cost $20 billion to end homelessness. Obviously there are many facets to ending widespread homelessness like drug treatment programs and mental health rehabilitation, but $14 billion would have been a massive aid in that fight.

As there are currently around a half million homeless people in the country at any given time, the amount of money spent on 2020 elections could’ve given every homeless person over $25,000.

Perhaps the most ironic aspect of money spent on attaining your vote is the fact that when these elected officials make it to Washington, they will proceed to further the national debt by trillions over the next several years until the next election.

Both parties will continue to expand the US empire, the police state, and the military industrial complex. Both parties will oversee and approve hundreds of billions of dollars flowing into the Middle East in the form of bombs, troops, and oppression. This money will make the money spent on campaigning look like a drop in the bucket.

This is why weapons companies like Lockheed Martin spent millions during the 2020 cycle, giving money to both parties to ensure their place in the US war machine.

While the $14 billion spent on elections could have nearly ended homelessness in the United States, the money Americans are forced to give the government to spend on war dwarfs that number.

As of 2019, the annual Pentagon base budget, plus war budget, plus nuclear weapons in the Department of Energy, plus Homeland Security and other military spending totaled well over $1 trillion — not counting what’s “lost.”

Those of us not blinded by the propaganda and false patriotism, see the inevitable results of such a propensity for spending on war. We see domestic infrastructure crumbling, a national debt increasing by record amounts each year, more conflict around the globe, and countless veterans suffering from PTSD. When will it all end? At this pace, it won’t end until the empire falls. And, no matter which puppet you put in the White House, unless something drastic changes, both parties will oversee and support this fall.

These numbers have been getting attention recently as there are people waging a campaign to prevent further war and subsequent deficit spending. They are paying to put up billboards showing just how much of your money the US steals to blow up brown people in foreign countries. The group is World Beyond War and their efforts are massive. For the last several years, they’ve been putting up powerful billboards all over the country.

As TFTP reported, just 3% of what the US spends annually on war, or $30 billion, could end starvation on earth. Imagine that.

Sadly, the United States is so entrenched in the two party paradigm that they are blind to war devastation when it is their guy carrying it out. Until Americans break free from the cognitive dissonance that controls their thoughts, we can only expect this problem to get worse.

**This article (Money Spent By Both Parties In 2020 Election Could’ve Nearly Ended Homelessness In US) was originally published at The Free Thought Project and is re-posted here with permission.**