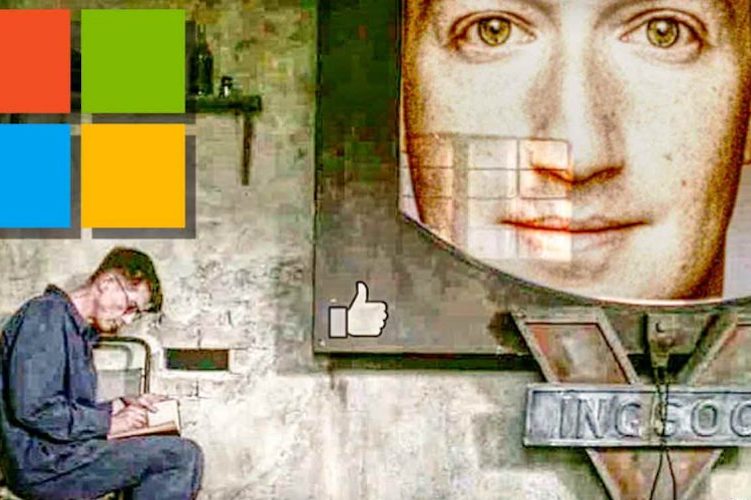 As TFTP reported in August of last year, police officers in Michigan were equipped with “Smart Helmets” which allowed them to remotely scan passengers for symptoms of COVID-19. While this was widely accepted by many because of the massive fear campaign pushed on society by the mainstream media, thanks to leaps and bounds in artificial intelligence, detecting fever was only a small portion of what the helmets can do and the rest of its function is solely reserved for the police state.

The Smart Helmet is not limited to temperature body scans which any laser guided thermometer can do, not in the slightest. AI-driven, facial recognition software is installed which can provide the police officer with information related to outstanding warrants, if an individual is identified on a terror watch list or a no-fly list, and can read license plates for outstanding warrants, stolen vehicle information, criminal histories, etc. Even if you are completely innocent, you are subject to these scans.

The helmets were rolled out under the guise of protecting society from COVID-19 but even after temperature screenings were proven futile in the fight against coronavirus, the technology remains.

Earlier this year, TFTP reported on how Joe Biden picked up where Donald Trump left off in regard to the border wall. While he doesn’t plan on constructing a physical wall, Biden’s plan is far more sinister and will deploy AI technology to create a “smart wall” akin to something out of a dystopian science fiction movie.

The smart wall will not be as obvious and physically offensive as an actual wall, but aerial drones, infrared cameras, motion sensors, radar, facial recognition, and artificial intelligence is far more ominous than steal and bricks. According to the Nation:

These implements have the veneer of scientific impartiality and rarely produce contentious imagery, which makes them both palatable to a broadly apathetic public and insidiously dangerous.

Unlike a border wall, an advanced virtual “border” doesn’t just exist along the demarcation dividing countries. It extends hundreds of miles inland along the “Constitution-free zone” of enhanced Border Patrol authority. It’s in private property and along domestic roadways. It’s at airports, where the government is ready to roll out a facial recognition system with no age limit that includes travelers on domestic flights that never cross a border.

A frontline Customs and Border Protection officer, who asked not to be identified as they were not authorized to speak publicly, told The Nation that they had concerns about the growth of this technology, especially with the agency “expanding its capabilities and training its armed personnel to act as a federal police.” These capabilities were showcased this summer when CBP agents joined other often-unidentified federal forces in cities with Black Lives Matter protests. The deployments included the use of ground and aerial surveillance tech, including drones, as first reported by The Nation.

This sort of mission creep illustrates the folly in complacency over the use of advanced surveillance tech on the grounds that it is for “border enforcement.” It is always easier to add to the list of acceptable data uses than it is to limit them, largely owing to our security paranoia where any risk is unacceptable.

One of the most minacious aspects of this smart wall is that it will extend the police and surveillance state tactics used at airports — around the entire country. Imagine you are checking into a flight at an airport, excited to go on vacation but when you attempt to get your ticket, you are told you cannot fly. Suddenly, you are surrounded by security and hauled off for questioning. You have committed no crime and you have no recourse to ask why you cannot fly. This happens every day in this country as Homeland Security enforces the unconstitutional No Fly List.

While AI technology has been around for a while, when coupled with the encroaching police state tactics being implemented around the planet in the name of COVID-19 safety, the idea of AI tyranny is starting to get lots of folks worried.

A new documentary from BBC’s Panorama series titled Are You Scared Yet, Human?, delves into the frightening scenarios that are already playing out today.

The documentary goes on to describe how governments are starting to use AI as a means to police their population. Much of the focus is on surveillance technology in China – the country hopes to become the world leader of AI by 2030 – but many other governments around the world are already using AI for surveillance. In the US, for instance, AI facial recognition technology was weaponized by law enforcement to police the Black Lives Matter protests in 2020.

Many leading voices argue this sets a dangerous precedent. To fuel an AI-driven world, data is needed – your data, to be precise, on everything from your likes and dislikes to your current whereabouts. The world’s most valuable resource is no longer oil, but data. Not only could this thirst for data see more infringements of privacy, but it’s also uncertain how this data may be used to predict, influence, and control our behavior. The AI is also likely to pick up on our own social prejudices and assumptions that are implicitly expressed within the data, leading to problems with bias.

At the end of the documentary, Brad Smith, the president of Microsoft Corporation, who is no stranger to AI, issues a rather ominous warning. “I’m constantly reminded of George Orwell’s lessons in his book 1984,” he said. “The fundamental story… was about a government who could see everything that everyone did and hear everything that everyone said all the time.”

“Well, that didn’t come to pass in 1984, but if we’re not careful that could come to pass in 2024. There are parts of the world where reality is, unfortunately, increasingly catching up with that view of science fiction,” he added.

“If we don’t enact the laws that protect the public, we’re going to find the technology racing ahead and it’s going to be very difficult to catch up.”

Unfortunately, as the rampant US spy state illustrates, no amount of legislation can curb a tyrannical government’s lust to know everything about their citizens. Since 9/11 we’ve watch the PATRIOT Act morph into a full scale surveillance apparatus which knows no limits to invading your privacy.

Now, as the police and surveillance states merge with Big Tech, as we have already begun to witness, your data will be used in the AI algorithm to monitor, censor, manipulate, and potentially incarcerate you — all in the name of “keeping you safe.” And, as we’ve seen with the massive fear campaign spawning from the covid debacle, half of the country will likely be begging for it.

**This article (Microsoft President Warns 2024 Will Look Like ‘1984’ if We Don’t Stop AI Police State) was originally published at The Free Thought Project and is re-posted here with permission.**