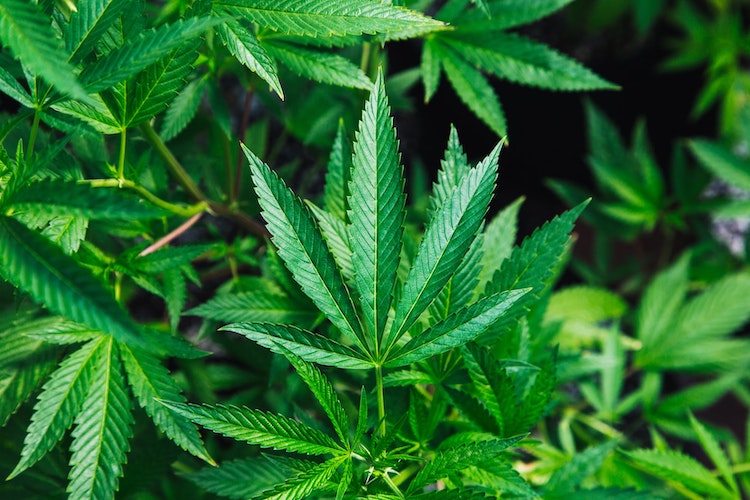 That’s what Emily Kaltenbach of the Drug Policy Alliance (DPA) said Monday after New Mexico Gov. Michelle Lujan Grisham, a Democrat, signed legislation that not only legalizes adult use of recreational marijuana but also includes key social justice provisions long sought by proponents of legalization. Kaltenbach’s remark referenced just how long lawmakers and activists have been working for this win.

“The signing of the cannabis legalization and expungement package will ensure equitable opportunities for farmers and other small businesses, and long overdue justice—including automatic expungement—for those with past cannabis arrests or convictions,” said Kaltenbach. “We thank the governor and our legislative allies for not taking ‘no’ for an answer and stopping at nothing until we were able to get justice for New Mexico communities—particularly Hispanic/Latinx, Black, Native, and Indigenous—that have been immensely harmed by cannabis prohibition.”

We are so proud of the #GrowNM coalition for making this moment possible, especially @DPANewMexico and our supporters in the state. NM has legalized it right, with equity and justice at the fore. 🎉 pic.twitter.com/FQ3nlg18HU

Kaltenbach, DPA’s senior director for resident states and New Mexico, highlighted that Lujan Grisham “stopped at nothing” to advance the legislation. The Associated Press pointed out Monday that she “called a special legislative session to tackle the issue in late March after legalization efforts faltered.”

The DPA leader praised not only Lujan Grisham but also the sponsors who “went to the mat to ensure racial justice and equity provisions, public health safeties, and medical cannabis patient protections were front and center in their legislation.” They include state Sen. Jerry Ortiz y Pino (D-12), whom DPA “had the privilege of working with since 2014, when he first sponsored cannabis legalization in the state.”

Noting that “thousands of people, and a disproportionate number of them from communities of color, have been wronged by this country’s failed war on drugs,” Ortiz y Pino said in a statement that “we will all benefit from our state’s smart, fair, and equitable new approach to past low-level convictions.”

Another sponsor, state Rep. Andrea Romero (D-46), also took aim at the so-called drug war and its impact on people of color. “By ensuring equity and social justice in our cannabis legalization,” she said, “we are saying ‘enough’ to the devastating ‘war on drugs’ that over-incarcerated and over-penalized thousands of New Mexicans.”

As The Hill reported Monday:

The governor noted that the sentencing component of the law could impact up to tens of thousands of New Mexicans, and make possible the potential early release of low-level convicted cannabis offenders who are currently incarcerated.

The governor’s signature launches an administrative process that will culminate in the launch of commercial sales for adults no later than April 1, 2022. Issuing licenses to conduct commercial cannabis activity will begin no later than January 1, 2022.

“Legalized adult-use cannabis is going to change the way we think about New Mexico for the better—our workforce, our economy, our future,” she said. “We’re ready to break new ground. We’re ready to invest in ourselves and the limitless potential of New Mexicans. And we’re ready to get to work in making this industry a successful one.”

This legislation is a major, major step forward for our state. Legalized adult-use cannabis is going to change the way we think about New Mexico for the better – our workforce, our economy, our future. pic.twitter.com/rosl1AJm6t

Citing economist and public finance expert Kelly O’Donnell, the governor’s office pointed out that sales of adult-use recreational cannabis could total $318 million in the first year and create more than 11,000 jobs over several years. The excise tax could raise at least $20 million in the first fiscal year alone.

As the governor put it: “This legislation is a major, major step forward for our state.”

According to the AP:

The bill gives the governor a strong hand in oversight of recreational marijuana through her appointed superintendent of the Regulation and Licensing Department.

Agency Superintendent Linda Trujillo said people age 21 and over will be allowed [to] start growing marijuana at home and possess up to 2 ounces (56 grams) of marijuana outside their homes starting on June 29.