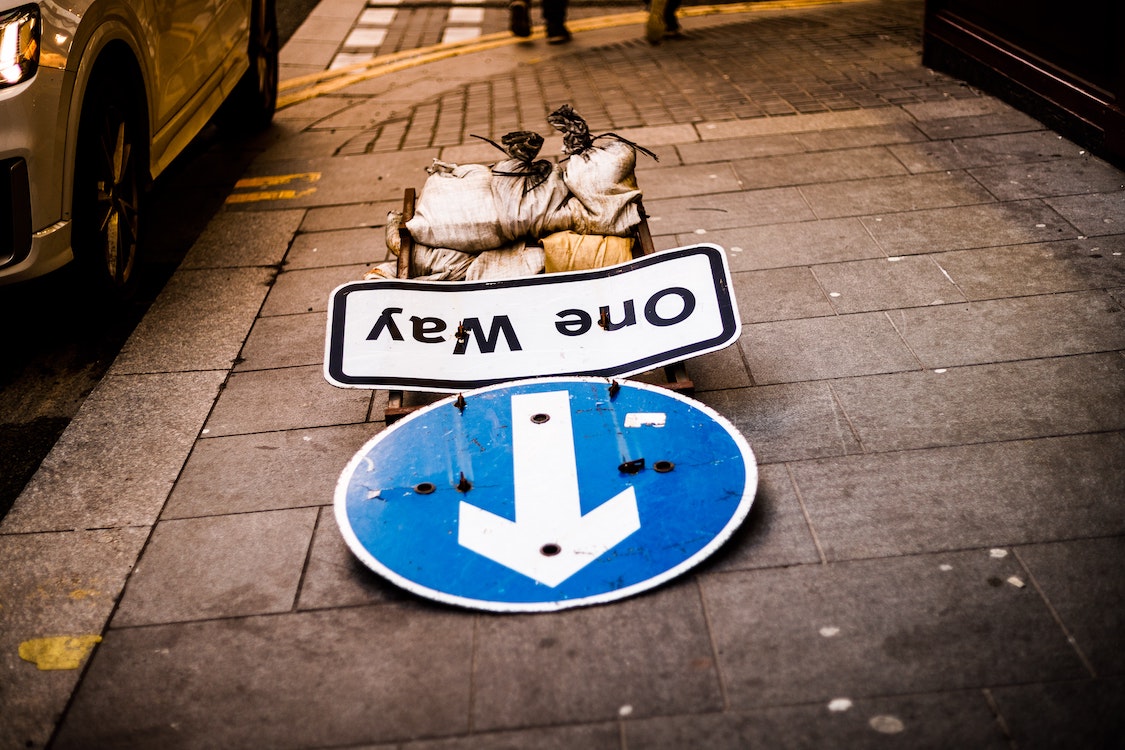 ‘We must distinguish between real change and fictitious change. The change that comes from without, from externally imposed training and discipline, is fictitious…Real change comes from within, by conscious work intentionally performed by the being himself.’ ~J.G. Bennett

It is increasingly difficult in these times to speak of ‘non-verifiable’ or unprovable matters, especially concerns of the spirit-consciousness, for too many people are inculcated with fixed beliefs and thinking patterns. This is itself a sign of social conditioning and of a certain ‘management of mind.’ We should not be surprised that this situation is rife throughout our societies and cultures and is becoming increasingly predominant. Social norms are persuading many people to prefer safety and security rather than the potential discomfort that comes from gaining new realizations and understanding.

An ex-officer of the Soviet secret police who defected to the West (Gregory Klimov), revealed that in the fields of Soviet psychological warfare (and social psychology) they utilized the principles of psychoanalysis. In this, they saw the phenomena of evil as a ‘complicated, complex social illness.’ The psychoanalysts within the KGB equated evil with illness, especially an illness of the human psyche. This perspective places demonic actors and events as ‘objective realities;’ i.e., as various forms of illness of ‘psyche and soul.’ As the Russian anthroposophist G.A. Bondarev writes: ‘The devils represents an involved and complex process of degeneracy or retrogression that in the main consists of three parts: sexual deviation, psychic illnesses and some physical deformities of the organism.

The number of humans already afflicted with this degeneration is legion.’1 Bondarev goes on to say that, based on certain social-psychological testing, the greatest degeneracy exists within the so-called elite of the world (as much as 75%). What this points to, concludes Bondarev, is a drastic decline of the human spirit. What it also tells us is that the phenomenon of ‘evil’ does not necessarily need to be personified or projected into certain personages as it represents an illness of the human psyche. We can recognize its presence operating within psychic imbalance and internal disconnect and detachment. And I would concur with Bondarev’s conclusion in that such psychic dis-ease represents an inner disconnect with the transcendental impulse. This disconnect, or splintering, from a sacred source has now come to signify the nature of the reversal that epitomizes much of contemporary life.

It is within this reversal that we see much of the negating, or counter-evolutionary, forces within humanity. And these forces have been dominating much of our everyday lives and continue to do so. I would suggest that it is our individual responsibility to recognize these forces, attempt to comprehend them, and to transform them into impulses that can work for humankind’s evolvement. In this, we need to come to grips with the presence and activity of those aspects that signify a psychic illness, or dis-ease, within life. Such aspects are a feature of existence as much as positive, developmental forces. They all act within the playground of attraction, repulsion, and the expression of energy. The Rosicrucians recognized these forces when they referred to the Deus Inversus – or the ‘Reversed God.’ This nature of reversal works on humanity through the spheres of imbalance and disharmony to counteract civilizational development. The Austrian mystic Rudolf Steiner was aware of the future impact of such forces when he stated that: ‘It is essential that the forces which manifest as evil if they appear at the wrong place must be taken in hand…in such a way that humanity can achieve something with these forces of evil that will be beneficial for the future of the whole of world evolution.’2 In this regard, it is important that the individual becomes aware of the metaphysical realm that lies beyond the threshold of normal, or every day, consciousness.

If we remain unawares to our own forces of spirit-consciousness, then we are more susceptible to the manipulations of such counter-developmental forces. Those readers familiar with my writings will know that I have attempted to draw attention to certain aspects of our consensus reality in order to gain greater clarity about how we may respond to the situation in a constructive way. I stand by what was written in the Gnostic Gospel of Philip: ‘For so long as the root of wickedness is hidden, it is strong. But when it is recognized, it is dissolved. When it is revealed, it perishes.’ Recognition, through heightened awareness and perception, brings more choice into play. The individual needs to be conscious of certain facts before they can manifest the correct intention and focus of will. What is needed is a culture of revelation – of ‘uncovering’ – rather than of cover up. It is through revelation that insight into the metaphysical foundation of life can be sustained within our increasingly materialistic societies. This access to metaphysical realities can never be wholly eradicated. Yet just a cursory glance at modern life indicates that there are attempts to deepen peoples’ immersion into deteriorating forms of dissonance and distraction. This can be seen as a form of reality deceit.

The great deceit that is coming upon us is the unveiling of a so-called ‘utopia’ based on the isolation of the human spirit-consciousness. This fake promise is wrapped up in tech-salvationist terms, heralding a false ideal future. The real dis-ease of the human condition is to be in a state of estrangement. That is, estranged and alienated from any metaphysical influence or nourishment. It is not that the metaphysical background to life must necessarily be obvious to us, or tangible in our daily lives – only that we are cognizant of its existence and continual influence. Yet once this sense of recognition (the act of aware cognition) is dissolved, a barren soulless life is the result. And yet, in most circumstances, people will not be cognizant of this loss – this lack of the transcendental impulse in their lives – for they will be entrained into a reality consisting of a physical-digital mesh that keeps them attached to their lower nature and desires. This deceit consists of a most heinous form of enslavement, for it shall both be a willing one as well as an ignorant one. The splintering of the human being from its metaphysical connection shall go almost unnoticed, and the transfer into a reality of limited consciousness will have been enacted quite skillfully. This sly route to a human condition of alienation, procured through the guise of technological advancement and progress, will be a coup against the creative spirit. And this shall be the reversal of the human reality – the reality deceit.

The almost imperceptible dangers are that we have been slipping into a reversed reality, constructed through a realm of fantasy and make-believe, which now fuels the crass and superficial culture industries that dominate modern life. Any notion of Higher Reality has been twisted into an artificial lesser reality that attempts to hinder, as far as is possible, the developmental impulse from penetrating. This arrangement has culminated in dissociating humankind not only from its natural, organic, carbon-based environment, but also from an inherent contact with its origin – Source consciousness. This increasing disembodiment is reflected in such forms as the techno-digital ecosystem, extended reality (the Metaverse), computerization (including algorithms), and artificial intelligence. For many people today, their digital devices have become their instruments of salvation. But this salvation, this divine deliverance, belongs to the Deus Inversus – and we should choose our gods carefully. We should be careful too, not to be pulled into the encroaching banalization of life. And we should be on the look-out for signs and signals.

If anyone wishes to see how ‘signals’ can operate within the reality deceit, then watch all the episodes in the recent Westworld TV series (2016-2022). In Season Four, the machinic android ‘hosts’ have taken control of the world using a bioengineered virus that infects humans over the course of a generation, turning them docile and susceptible to AI and ‘host’ control. Storylines and narratives are created in order to give people their roles and characters in life, which they passively follow believing them to be their own life stories. Humankind is managed through these manufactured ‘storylines’ (a.k.a. socio-cultural narratives) that are transmitted directly to the minds and lives of humans through a series of radio-sonic transmission signals via the global technological infrastructure…But then again, this is just a fantasy story after all.

The course of external events that inform our political, economic, and cultural systems are not arbitrary, coincidental or natural. The modern human has been subtly manipulated into disconnecting from, and even shunning, the guidance of higher impulses. We are being told that the human being alone is the sole and dominant driving force for the future. And by this, we are propelled ever further into the personality construct with the human ego at the wheel. We are standing at the threshold of adopting a glorified materialistic view of life and the world. The spell of this disease is working to over-materialize materialism in a very deliberate and nefarious way. There may be some discomfort in the unfoldment of awareness, yet this is part of the transmutation of the dis-ease.

Life ‘in reversal’ is working hard and fast on this intensifying of materialism. This deepening materialism not only denies the expansion of consciousness but is actively working to stagnate it. At the same time, we are moving through an impulse of increasing individual awareness against the backdrop of this over-materialization. Yet it is an awareness through the few, and not the many (yet). By recognizing that certain forces within the world are using processes of mass suggestion to introduce a simplification – or ‘dumbing down’ – of human consciousness, we can gain greater awareness over our condition and predicament. And in this awareness, we can gain a natural resistance and protection, as recognition allows a discernment to be made. It is this discernment to step away from the negating energies and frequencies of toxicity that can help a person to attune to a resonance of perceptive consciousness. By choosing where we place ourselves – our focus and attention – we can either take a step forward or stay where we are and stagnate. As always, the choice remains with us.