Letter To A Tyrant 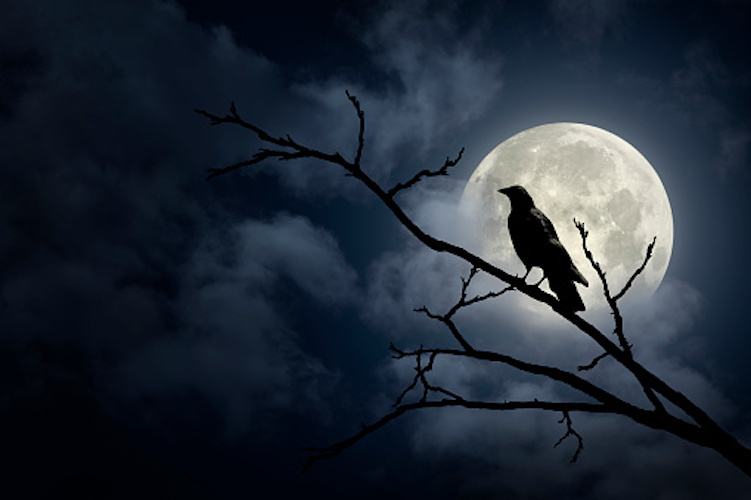 I won’t bother to reason with you or appeal to your compassion – because you have none.

You are a foul, fetid, festering, fiendish, fear-fomenting fecker devoid of soul, purpose, and meaning. No matter how many lives you masticate, hearts you shred, minds you menticide, and puppet strings you try to throttle us with, you will forever remain a hollow husk of a simulated human.

I know you envy us our feelings. You seethe with rage, jealousy, loathing, terror, disgust, and every other malevolent emotion, but you are incapable of comprehending love, joy, friendship, warmth, and abiding peace.

You have sown the seeds of your own obliteration, and those seeds are germinating.

None of your efforts to enshroud the sun, contaminate the soil, befoul the water, defile the oceans, toxify the air, autodarwinate seeds, sequester the food supply, extinguish species, or commodify the ecosystem can stop those seeds from bursting through the earth and winding their tendrils around your Nuremberged neck.

In a way, we should thank you. You have shown your hand so recklessly because you were certain we would roll over. So confident were you in the psychological conditioning you subjected us to—following Biderman’s Chart of Coercion like a recipe—you expected us to jump in the pot voluntarily. 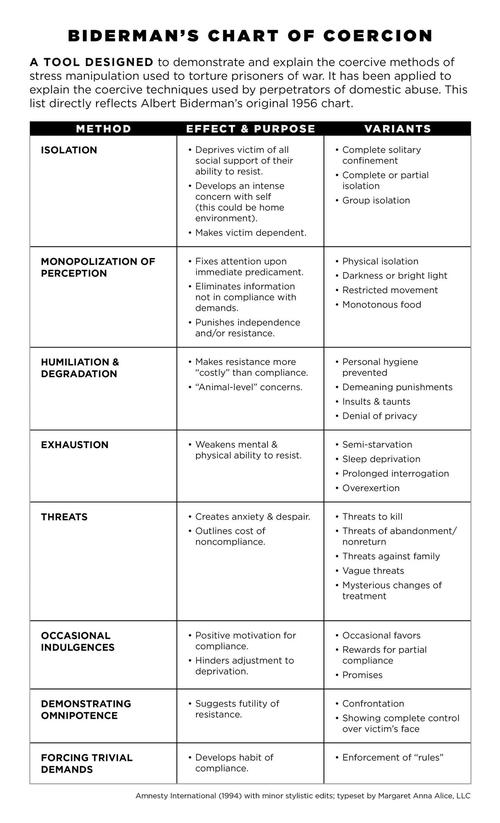 You were half-right, sadly. But the fence-sitters are now witnessing the nuclear fallout from your detonation of The Great Democide, and they can no longer deny the torrent of reality acid-raining down upon us.

Foolishly forgetting to administer the elite’s faux injections to the most visible tier instead of the commoners’ poison death shot was a clumsy fumble that’s too obvious to miss. You remembered a few celebrities like this one and this one but forgot the athletes, and now they’re collapsing in a pile on the field.

And now you’re coming for the children. Even the wokety-woke NPC Covidians aren’t buying it anymore: 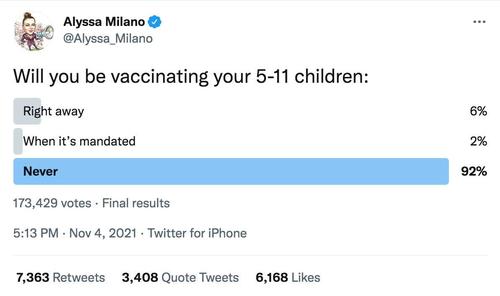 And then you have an FDA shill making this reprehensible statement about the decision to inject children aged 5–11, “We’re never gonna learn about how safe this vaccine is until you start giving it.”

Well, we don’t have to wait to find out. A twelve-year-old child just died two days after receiving the Pfizer injection, and the autopsy proves it. And these fourteen children died of such conditions as pulmonary embolism, intracranial hemorrhage, cardiac arrest, and myocarditis post-injection—only to be swept under the rug by BigPharma toady CDC. And deaths of male children have jumped 86 percent in the UK since the vaxx rollout. It is estimated that nearly 800 children have been killed from the injection thus far, and you and your colluders are only ramping up the pedicide program.

You are commanding that children—whose immune systems are at their most robust and who face virtually zero risk of dying from COVID—put their lives and long-term health at risk by undergoing an experimental injection lacking long-term clinical trials and with substantially greater evidence of harm than good.

According to this risk-benefit analysis, you will “kill 117 kids to save one kid.” And the proposition that this injection will save a single child is extraordinarily generous considering the nonexistent threat COVID poses to children and the availability of highly efficacious early treatment protocols and historically safe drugs such as ivermectin.

As more and more children fall prey to your Mephistophelian machinations, you will unleash the Mama and Papa Bears—and then you will see a mass upheaval like you’ve never imagined.

You and your conniving cohorts are flaccid, feeble, frail-minded Frankensteins whose transhumanism won’t immortalize you as you fantasize. It will only render you deader inside than you already are.

The White Rose Society is blossoming from the gravesides of those you have massacred, and your attempt to establish the Fourth Reich is faltering.

You are shaking the hive. Prepare for the swarm.

The more you crack down, the greater the whiplash.

This is a love letter, straight from our heart:

That isn’t a threat. It is a report from the frontlines. It is the retribution YOU are unleashing.

I suggest you flee to your underground bunker and let the people get busy restoring the planet you have taken a wrecking ball to in the name of saving it.

You have underestimated the resilience of the human spirit. You have boiled the pot too quickly. You have forgotten what survivors do when backed into a corner.

I hereby invoke Thomas Wake’s epic curse from Robert Eggers’s work of artistic genius The Lighthouse (Prime Video, blu-ray, DVD) in which Willem Dafoe delivers the crowning achievement of his lifetime (Note: I cannot find a clip that permits playing outside of YouTube, but I assure you it is absolutely worth the click-through to watch this volcanic scene):

Bellow, bid our father, the sea king, rise from the depths, full foul

in his fury, black waves teeming with salt-foam, to smother

this young mouth with pungent slime …

… to choke ye, engorging your organs till ye turn blue and

bloated with bilge and brine and can scream no more …

only when he, crowned in cockle shells with

screeches banshee-like in the tempest and plunges right through yer gullet,

but a blasted bloody film now — a nothing

the dread emperor himself…

forgotten even to the sea… for any stuff or part of Winslow, even

any scantling of your soul, is Winslow no more, but is now itself

In the words of Bette Davis’s immortal Margo from All About Eve, “Fasten your seatbelts, it’s going to be a bumpy night.”

If you feel the work I am doing is worthwhile and want to make it possible for me to spend more time writing and researching in my aim to unmask totalitarianism and awaken the sleeping before tyranny triumphs, please consider supporting me, whether it be by subscribing, donating, buying me a coffee, or sharing my posts. I thank you for reading, thinking, sharing, and supporting my work in whichever ways you choose.