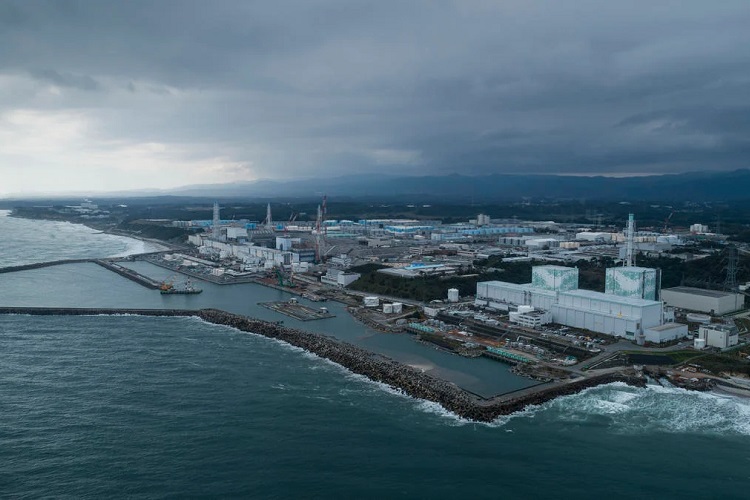 While Japan last month marked the 10th anniversary of the devastating 2011 Tohoku earthquake and tsunami with solemn ceremonies, the government has also been stressing the successes of its recovery efforts in the country’s northeast.

In truth, however, the country is still coping with the aftermath of the Fukushima Daiichi disaster, which has already cost Japan trillions of yen and whose exclusion zone will require up to 40 more years to fully rehabilitate.

And with contaminated water continuing to build up at the ruined Fukushima Daiichi Nuclear Power Plant, Prime Minister Yoshihide Suga says that the government must finally begin dumping it into the Pacific Ocean.

With nuclear waste and fuel rods still contaminating the area, over one million tons of radioactive waste water continue to seep from the facility, according to The Japan Times, forcing authorities into what Suga describes as the “unavoidable” position of having to dump the water.

Officials claim that the water would be purified to the maximum extent possible, but environmentalist groups like Greenpeace warn that the water contains hazardous material that could damage human DNA and the health of marine life.

Fishers also fear that consumers will refuse to buy fish caught in contaminated waters, worsening their plight amid a restriction of imports from Fukushima prefecture imposed by 15 countries and regions.

Regardless, authorities argue they must deal with the cards that have been dealt.

“What to do with the [treated] water is a task that the government can no longer put off without setting a policy,” Japanese trade minister Hiroshi Kajiyama said on Wednesday.

Suga is expected to formally decide on the course of action by next Tuesday. If he proceeds, authorities will dilute tritium to 2.5 percent of the maximum concentration allowed by the country before it is dumped.

But while Japanese officials say that the water will be safe, it remains an open question whether people will trust their word.