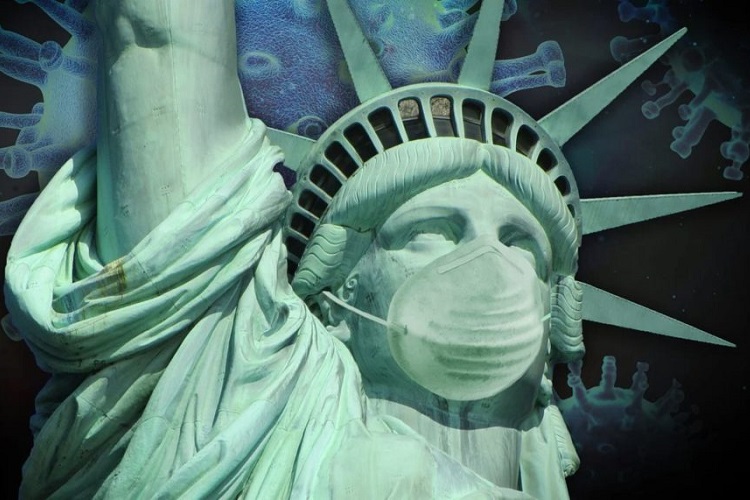 Just fucking do it.

But when you add up all the “justs,” it amounts to our entire lives.

For over a year and a half and counting, we have been robbed of the ability to live our lives fully, to make meaningful choices for ourselves, and to express our values the way we see fit.

It is “just” the inability to express our humanity and the total negation of our very selves. All of these measures have served as a prohibition of expressing outwardly one’s valid and complex internal reality. This kind of suppression of self does violence to one’s very soul.

All of these supposedly little and supposedly short-lived “justs” have transformed us into totalitarian states from which there appears to be no endpoint.

In New York City, California, Australia, etc., the people have permitted government such control over our daily lives that we have to ask it for permission to control our bodies, to move freely, to practice religion, to educate our children ourselves, to protest, etc.

Soon Biden, Trudeau, and other world leaders are going to clamp down on our ability to express ourselves and to associate with each other online so that we can no longer question, object to, or organize against government action. It is the destruction of democracy.

It astounds me that my Progressive friends — the same ones who claim to support “social justice” — are welcoming a fascist society in which government crushes any opposition and individuals cannot make choices about their own lives.

What is the point of living if one merely exists to obey the elite to one’s own detriment? Is it even living if one lacks the agency to direct one’s life? I’ve already submitted in contradiction of my values to a shameful extent. One might say, “Well, what’s one more compromise,” but it won’t be just one more compromise. It will be just the next cut in a slow death by a thousand cuts.

Submitting only validates tyrannical displays of power and ensures that there will be more such displays in the future.

And what does one get for compromising? Merely your continued membership in a society that will only have you if you immolate yourself and become nothing more than a reflection of the desires of the ruling class.

If you cannot be truly yourself in a society, is that society worth clinging to? I think not. As much as leaving the stability of my comfort zone terrifies me, staying in it means continuing to silence and shrink myself for a disingenuous feeling of acceptance. In that way, it is more of a discomfort zone.

Each time I expressed my fears about the future direction of society, my friends said “it won’t happen.” Each time it did happen, they shrugged their shoulders and reminded me that compliance was an option.

At this point, if the government were to cart me away to an internment camp (which is not a completely far-fetched notion and which has happened in the past) for being a dangerous dissident I am certain that my friends and family would watch it happen and say it was my fault for not complying.

They are no longer capable of recognizing the humanity of the opposition or of questioning government.

I will not submit because I don’t want to live in a world in which my supposed allies would happily see me persecuted by the government.

I will not comply because the political climate has become so censorial, authoritarian, and generally toxic that my viewpoints will never be represented in the political process here. Without representation, my values and beliefs will be violated again and again by a polity that sees any deviation from itself as invalid. Thus, my compliance will provide zero assurance of any better treatment in the future.

I will not bend because I am not a conformist.

I will not give in because I do not want to reward government manipulation and coercion.

I will not surrender because I could die at any moment, and I do not want my final memories to be ones of craven submission to tyranny and the resultant misery and self-loathing.

I will not comply because it is not the government’s first intrusion on my body, mind, and spirit; and if we comply, it will definitely not be the last. All I will accomplish by my compliance is validating the government’s claim on my body and life.

I am not submitting because this is war, and I am not handing the enemy its victories.

I will not comply because the reward for compliance will still be being treated as a second class-citizen by society.

I won’t acquiesce because I am a conscientious objector.

I will not cede because the measures are unnecessary and the only practical effect will be to increase government power.

I don’t comply because I do not want to be a mere slave in the future version of the world they are creating, doing only what I am told to do and having to beg for access to the necessities of life that I am entitled to as a living being on this earth.

I will not yield because their religion is not my religion, and I refuse to worship a false idol.

I will not capitulate because I do not want to betray my ancestors and predecessors who fought for me to be free.

I will not surrender because freedom is more important than convenience and ease.

I will not comply because if I did I would be filled with rage against society, resentment towards my friends and family, and self-loathing that would eat me alive. I would become bitter and closed-hearted, and I don’t want that for myself.

Addison Reeves is a lawyer, political scientist, philosopher, and civil rights and civil liberties advocate based in New York. Addison critiques modern culture from a radical, leftist perspective at ModernHeretic.com or you can follow him on Telegram or Twitter.