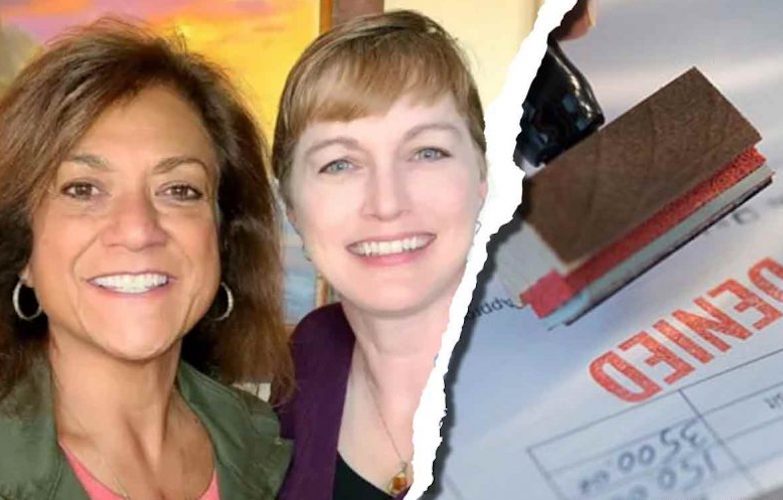 Primum non nocere or “First do no harm,” is part of the Hippocratic oath to which doctors across the United States and the West swear to follow. The ethical code is issued by medical associations, such as the AMA Code of Medical Ethics, and provides a comprehensive overview of obligations and professional behavior of a doctor to their patients. This oath has been battled in courts for years over doctors refusing to participate in abortions, gender reassignment surgery, or other medical procedures based on religious beliefs or conscience — but rarely have doctors ever refused to provide life-saving procedures based on a patient’s personal choices, until now.

A woman with stage 5 renal failure is being denied life-saving care, not by a single doctor, but by an entire industry in Colorado because she hasn’t taken the COVID-19 vaccine. Leilani Lutali needs a new kidney — and she has a donor — yet UCHealth and others are refusing to perform the transplant because Lutali is religiously opposed to taking the vaccine.

To be clear, Lutali is not on a list waiting to receive a kidney ahead of dying children or other individuals, she has a friend, Jaimee Fougner, who is ready and willing to donate her kidney, yet the doctors are refusing to help her. When a doctor refuses to provide care which they know will save a person’s life, can this be called anything short of murder?

“It’s your choice on what treatment you have. In Leilani’s case, the choice has been taken from her. Her life has now been held hostage because of this mandate,” Fougner told CBS Denver.

Both women religiously object to taking the vaccine, which is a legitimate reason and should be respected. But Lutali says no hospitals in the state will perform the transplant and it appears to be entirely arbitrary.

“At the end of August, they confirmed that there was no COVID shot needed at that time,” said Lutali. “Fast forward to Sept. 28. That’s when I found out. Jamie learned they have this policy around the COVID shot for both the donor and the recipient.”

Lutali received a letter last week from the hospital telling her they are refusing to perform the life-saving surgery because she is  “non-compliant by not receiving the COVID-19 vaccine.”

In a statement, UCHealth says that the want her to have the vaccine because it may help her after the surgery.

“For transplant patients who contract COVID-19, the mortality rate ranges from about 20% to more than 30%. This shows the extreme risk that COVID-19 poses to transplant recipients after their surgeries”

But Lutali and Fougner both know the risks and are willing to sign a waiver stating exactly that. What’s more, as we are quickly learning, you can still get COVID-19 even if you’ve been fully vaccinated.

“I said I’ll sign a medical waiver. I have to sign a waiver anyway for the transplant itself, releasing them from anything that could possibly go wrong,” said Lutali. “It’s surgery, it’s invasive. I sign a waiver for my life. I’m not sure why I can’t sign a waiver for the COVID shot.”

Lutali is not denying anyone else a chance at life by taking a kidney from a donor list — she has her own donor. The couple is not putting anyone at risk in this situation yet doctors are willing to let Lutali die because of her religious beliefs on the vaccine.

“Here I am, willing to be a direct donor to her. It does not affect any other patient on the transplant list,” said Fougner. “How can I sit here and allow them to murder my friend when I’ve got a perfectly good kidney and can save her life?”

According to CBS Denver, the women have been unable to find a doctor in the entire state of Colorado willing to perform the surgery if they remain unvaccinated against covid. This is shameful and flies in the face of everything the Hippocratic oath sets out to uphold.

Regardless of your personal beliefs on vaccinations, denying Lutali a live-saving procedure is wrong and it should set off red flags. Remember that in Germany during the Third Reich, medical students did not take the Hippocratic Oath, and we saw how that turned out. Perhaps a new oath should be written, and instead of “First do no harm,” it should state “First Pfizer jab.”