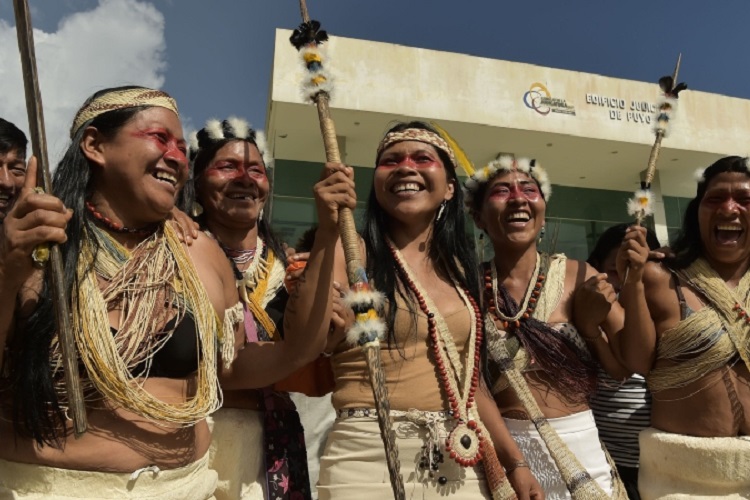 This week, a Peruvian indigenous group won a lengthy court battle to save their land from oil exploration. The land is located in the Amazon, along the border between Peru and Brazil. There have been plans to turn the land into an oil field, until the scheme was blocked in court by a network of local indigenous tribes.

The tribes were represented by the Institute of Legal Defense (IDL), who spent over two years persuing a lawsuit demanding that the government stop authorizing the development of oil lots in the Loreto region of Peru’s northern Amazon. According to the IDL, the judge in the case ordered the establishment of a strict protection zone around the indigenous land.

The contested land will remain in the control of the Regional Organization of Indigenous Peoples of the East. If not for this lawsuit and subsequent ruling, it would have been very likely that the Amazonian land would have been destroyed by oil companies.

Reuters reported that Peru’s Ministry of Energy and Mines and Perupetro had planned to open up the Sierra del Divisor national park for oil development, even though the areas is home to numerous indigenous groups.

Maritza Quispe, a lawyer for IDL claimed that this was the first time a Peruvian court ruled in favor of an indigenous tribe in a situation like this.

However, judicial documents reviewed by Reuters showed that this is actually more common than you would expect. In 2011, a law was passed which allowed for “prior consultation,” which means that native groups have the ability to petition the courts to influence what is happening on their land. Since the law has been in place, native communities in Peru have won “several” lawsuits against oil and mining companies, the documents revealed.