In 2020, More People are Enslaved on Earth Than Ever Before in Human History 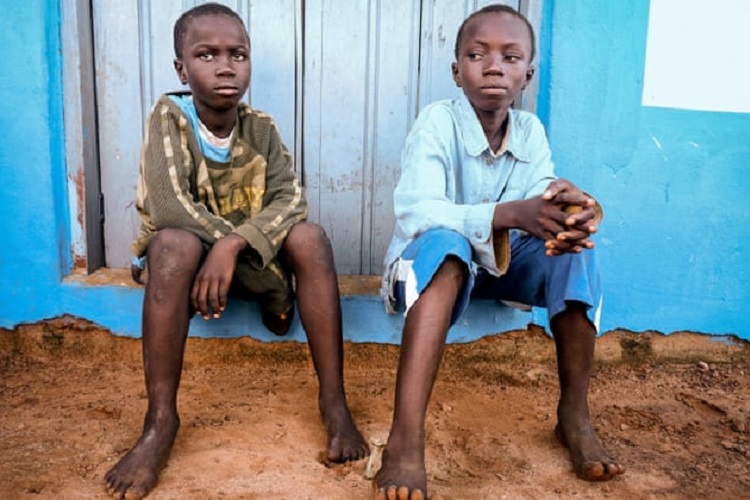 Despite massive leaps and bounds in technology and quality of life across the planet, there is still a very dark problem and it is hiding in plain sight. Slavery. According to the most recent data, there are over 40 million people in slavery with 1 in 4 of them being children. Its scope is massive and so are its profits — raking in around $150 billion annually.

A recent article published in Psychology Today lays out an ominous picture on the state of the free world. “Never before in human history have this many people been enslaved,” write Jenny Hwang and Shayne Moore in their report on the heart-rending data about child trafficking.

In the US, child trafficking is a growing problem in all 50 states. Children, young girls—some as young as 9 years old—are being bought and sold for sex in America. The average age for a young woman being sold for sex is now 13 years old.

Sex trafficking—especially when it comes to the buying and selling of young girls—has become big business in America, the fastest growing business in organized crime and the second most-lucrative commodity traded illegally after drugs and guns.

As investigative journalist Amy Fine Collins notes, “It’s become more lucrative and much safer to sell malleable teens than drugs or guns. A pound of heroin or an AK-47 can be retailed once, but a young girl can be sold 10 to 15 times a day—and a ‘righteous’ pimp confiscates 100 percent of her earnings.”

Shockingly enough, the research shows the majority of sex trafficked children in North America (US and Canada) come from government welfare programs. The authors of this research project note that domestic sex trafficking is a growing crime in Canada, and the majority of victims are children and youth who are or were in the Child Welfare (CW) system. It is the same in the United States too.

While many think that the state taking children from parents is a noble gesture to protect the child, all too often, the state removes kids from a bad situation and throws them into a situation akin to a horror film. Many times the children are taken from caring parents, who happened to hit a rough patch in their lives, and thrown into torturous and outright sadistic situations where they end up raped, tortured, and even murdered.

According to the government’s own data, the vast majority of a portion of these trafficked kids are coming from the government system who promises to keep them safe—a horrifying irony indeed. But it appears to be set up this way.

This system is set up to pull children from their families for ridiculous reasons and turn them over to for profit systems—funded by your tax dollars—that use these children as cash cows and have no incentive to keep them safe.

In 1984, the United States Congress established the National Center for Missing & Exploited Children (NCMEC), and, as part of Missing Children’s Assistance Reauthorization Act of 2013 they receive $40 million to study and track missing and trafficked children in the United States.

In 2019, NCMEC assisted law enforcement with over 23,500 cases of missing children, all of whom were considered endangered runaways.

According to their most recent report complied from FBI data and their own, of the nearly 24,000 runaways reported to NCMEC in 2019, one in six were likely victims of child sex trafficking. Of those, 88 percent were in the care of social services when they went missing.

Showing the scope of the abuse, in 2017 alone, NCMEC’s CyberTipline, a national mechanism for the public and electronic service providers to report instances of suspected child sexual exploitation, received over 10 million reports. According to NCMEC, most of these tips were related to the following:

Other governmental organizations have corroborated this horrifying trend. In a 2013 FBI 70-city nationwide raid, 60 percent of the victims came from foster care or group homes. In 2014, New York authorities estimated that 85 percent of sex trafficking victims were previously in the child welfare system. In 2012, Connecticut police rescued 88 children from sex trafficking; 86 were from the child welfare system.

Equally as disturbing as the fact that most sex trafficked kids come from within the system is the fact that the FBI discovered in a 2014 nationwide raid that many foster children rescued from sex traffickers, including children as young as 11, were never reported missing by child welfare authorities.

Even high-level government officials have been ensnared in these foster care abuse scandals. As TFTP previously reported, multiple victims came forward and accused Seattle Mayor Ed Murray of sexually abusing them when they were children in Washington’s foster care system.

The records in that case, dating back to 1984, explicitly noted that Ed Murray should “never again be utilized as a certified CSD resource for children.” It also showed that a criminal case was brought against Murray by prosecutors but in spite of the multiple accusations, charges were somehow never filed and his records buried.

While there are certainly some outlandish theories being presented online, the facts of child trafficking are outlandish enough to warrant serious scrutiny. Until this epidemic is taken seriously, the government, the media, and all those who deny it will remain complicit in keeping it going.

As Michael Dolce, who specializes in these horrific child abuse cases, pointed out last year, “we have set up a system to sex traffic American children.” Indeed.