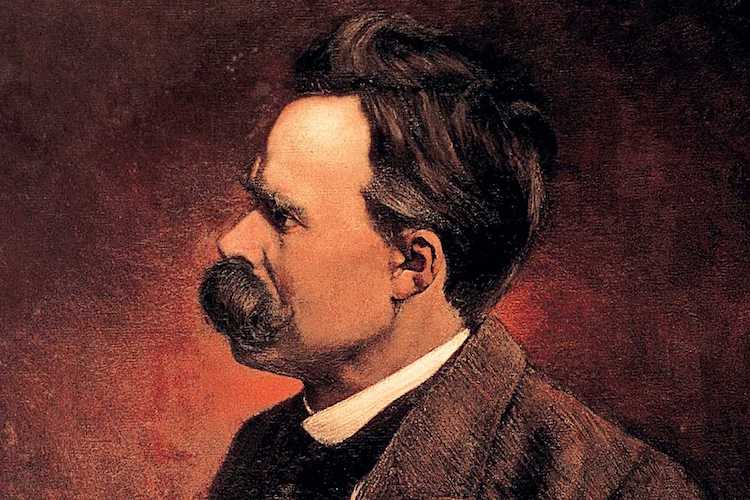 “Here the ways of men divide. If you wish to strive for peace of soul and happiness, then believe; if you wish to be a disciple of truth, then search.” ~Nietzsche

In German Überwindung means self-mastery, or self-overcoming. Überwinden means to overcome. Mensch means man, or human. So ‘Self-overcoming Human’ seems to be the most accurate translation of Übermensch.

Nietzsche used the Overman as a personification of potential genius, demonstrating that Truth moves, and moving, demolishes thrones and altars. If it’s not moving, then it becomes stale. Thrones become entrenched. Alters become golden idols. Truth that doesn’t move, and keep moving, soon becomes fallacy. It dissolves into delusion. It grows uncouth.

Thus, self-overcoming is the life-task of man. If we never discover this life-task, we limit ourselves to merely existing. We become stuck. We comfortably and contentedly believe rather than adaptively and proactively seek. We would rather comfortably bow to thrones and revere altars than uncomfortably discover new ways of being human in the world. We would rather have faith than have fortitude, and often we confuse the two.

The most powerful way to prevent this merely existing—this stuck-ness, this comfortable annihilation, this confusion of faith and fortitude—is to practice the art of self-overcoming. When we self-overcome, we are forcing Truth to move. We don’t allow it to grind to a halt and become a millstone. We don’t allow it to rule over us. Instead, we use it as merely a steppingstone into higher and higher truth. We transform it into a Philosopher’s Stone.

As Nietzsche said, “And Life confided the secret to me: behold, it said, I am that which must always overcome itself.”

‘Belief’ is an existential hang-up:

“Faith: not wanting to know what is true.” ~Nietzsche

Belief in any ideology is a spiritual camouflage pattern based upon fear. Belief is almost always fear conditioning. The statist ‘believes’ in nationalism out of fear of being ostracized. The religious zealot ‘believes’ in their particular religion out of fear of the afterlife. As Krishnamurti said, “Any activity or education that conditions the mind through nationalism, through identification with a group, an ideology, a dogma, is an impediment to truth.”

The same applies to almost every level of belief, and the more blind the belief the more fear tends to be the driving force. But fear-based reasoning can be extremely unhealthy, and even dangerous. As Nietzsche said, “Convictions are more dangerous foes of truth than lies.”

When it comes to self-development, belief tends to be the fear of growth, the fear of being wrong, the fear of stretching one’s comfort zone, the fear of the unknown. The list goes on. Perhaps the greatest fear is the fear that one’s worldview could be wrong. This fear is so powerful that it creates a kind of blind spot in our reasoning. It’s called cognitive dissonance, and we all suffer from it.

When it comes to navigating through cultural, political, and spiritual change—and all change, really—there is a level of cognitive dissonance that comes into play that amps the difficulty to near impossible proportions. The cart of cultural pressure is set so firmly in front of the horse of our reasoning powers that it seems unpassable. Our ability to progressively evolve becomes blocked by the comfort and security infrastructures we have erected. So what can we do?

If it’s true that, as Daniel Dennett said, “There’s no polite way to suggest to someone that they have devoted their life to a folly,” then it stands to reason that we simply get out of our own way in the first place so that we are not so devastated when we discover our folly.

If we rigidly and dogmatically cling to a particular “basket,” (rigid belief) then we would probably be crushed under the heavy blow that our worldview has suddenly become invalid (or maybe our cognitive dissonance will have been so strong that it keeps us mired in ignorance).

But if we cultivate an open-minded, flexible, and humorous disposition regarding our “answers” then there would never have been any basket worthy enough to hold all our “eggs” in the first place, and so we would not be so devastated. We would be more likely to simply shrug our shoulders, have a good laugh at ourselves (self-deprecating humor is a staple for self-overcoming), and then move on with our new knowledge in tow. Indeed. We would be more likely to embrace the wise words of Aristotle, “It is the mark of an educated mind to be able to entertain a thought without accepting it.”

‘The search’ is an existential jumpstart:

The key to keeping the search alive, then, is to keep belief at bay. All belief. Whether it’s the abstract belief in God or the concrete belief that we exist. All belief must be taken into consideration rather than believed so as to prevent falling victim to the blind spot and tripping into dogmatic thinking, which is the opposite of thinking clearly.

So, the secret to keeping the search alive is discovering the joy and transcendence of uncertainty. Where certainty bottles us up, constricts our perception, and puts up walls around our comfort zone; uncertainty shatters the bottle, unknots our thoughts, and demolishes all the walls preventing us from further expansion into Truth. Indeed. There is a virtue in uncertainty that the certain will never know.

This, the self-overcoming philosopher knows: The lodestone must become a whetstone before it can become a Philosopher’s Stone.

Transforming life into a whetstone gives us something to sharpen the sword of our self. This is the essence of self-overcoming. Where yesterday our sword was dull, having not experienced honing, today, after the honing, it is sharper. Self-overcoming is allowing the possibility of our own personal sharpening. Without honing there can be no sharpness. Self-overcoming is taking the sword of our self and honing it against the whetstone of hardship. It’s the ability to use the hardships of life, the setbacks, the slings and arrows, the ups and downs, to make ourselves stronger, resilient, more robust, and even antifragile despite the fragile culture.

Self-overcoming is honoring the grit, the coal, and the dullness within us, and, through such honoring, recognizing the vital importance that polishing, pressure, and honing have in transforming us into pearls, diamonds, and sharpness. It’s the deep understanding that in order to experience growth there must be a rub, a friction, a testing. There must be a crucible. Self-overcoming is allowing life to be a crucible for transformation, rather than a comfort zone of stagnation.

When we are in the throes of self-overcoming, the search is always on. We are continuously searching for truth. We may discover “answers” here and there—ideas, knowledge, wisdom, love—but these “answers” do not hinder our overall truth quest, they only strengthen it, they only compel it, propel it, launch it above and beyond the need for an answer. For we understand that the truth quest—allowing the journey to be the thing, forever questioning, never settling on a belief—is the answer.

Nietzsche was able to tap the depths of the human condition like no other philosopher before or after. He was able to do this because he practiced self-overcoming. His philosophy was a hammer that shattered the very concept of belief itself. It crashed through all values. It even launched us into a revaluation of all values. It taught us how it is possible to recondition our cultural conditioning. It taught us how the self can also be a hammer, and how, through the hammer of the self, new, healthier values can be created despite the rigid, inflexible, and entrenched dogmas that trip us up as a species and prevent us from evolving in a healthier way.