How to Be Less Full of Sh!t 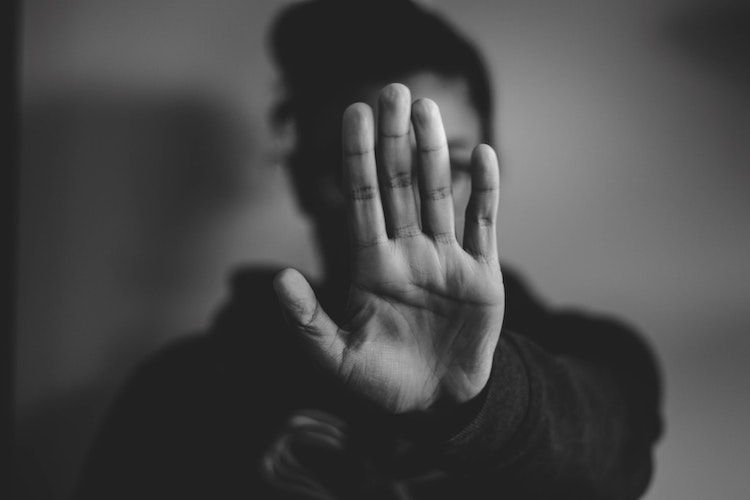 “Someone once asked me, “What’s at the core of every human being? ‘Bullshit,’ I replied.” ~Gary John Bishop

We are all full of shit to some degree or another. Knowing it sets us free. But why stop there? Sometimes, awareness isn’t enough. There must be action. Rather than wallow in the muck and mire of our bullshit, why not attempt to be become less full of shit?

Rather than be driven by the bullshit of your past, why not allow yourself to be pulled up by the bullhorns of the future?

You just need to give yourself permission to stop dwelling on the past and start creating the future. Call it an existential pivot. Or an emotional redirect. Or flipping over the glass-is-half-empty glass.

The past is the past. Maybe it sucked. Maybe it was great. Probably it was a little bit if both. Either way, it happened. It changed you. It threw you under the bus. It pushed you to the top. It stretched you over the torture rack of life. Maybe most of it happened because of you. Maybe some of it was because of someone else. Or maybe it was fate with a bit of (bad)luck sprinkled in. Perhaps it was genetics. Or perhaps nurture trumped nature. Either way, here you are: full of shit.

is your life. Right here, right now. As Shakespeare said, “It’s neither good nor bad, but thinking makes it so.” It’s just life. Which may or may not be shitty. Maybe you came out smelling like roses. Yet even with the roses, you’re still full of shit.

It’s human nature to be full of shit. We are fallible, imperfect beings who are prone to be mistaken about a great many things. We suffer from cognitive dissonance and logical fallacies almost constantly. We are hypocrites par excellence. Especially when it comes to religion, politics, and power. Being full of shit is par for the course when it comes to the human condition.

If this weren’t enough, we are driven by a sense of self that we are never entirely aware of. Our subconscious is in almost complete control of our conscious action. When it comes to the self, we are masks all the way down perceiving delusions all the way up.

From bullshit to bullhorns:

In this sacred space you become free to create from the future. You are free to imagine a healthier version of yourself in that future.

Rather than bemoaning the past, you are now becoming from the future. You have liberated yourself from your bullshit. It’s still your shit, and you still have to own it, but now you have transformed it into fuel. Your shit becomes the compost you use to grow. Through surrender, you sunder your chains. Now you can pull the future toward you and transform the chains of the past into the challenge of the present.

Understand: surrendering the past isn’t giving in or giving up. Nor is it ignoring or repressing what happened. It’s becoming an observer of your habits and character rather than a self-indulger. It’s owning your shit rather than being owned by it. It’s becoming an eyewitness instead of a victim.

From this vantage point, this bird’s-eye-view perspective, the past-present-future collapses into this moment, where you are free to become a creator rather than a victim.

Picture your life path. The past is filled with all your shit: your beliefs, delusions, bad decisions, good decisions, it’s all clear as mud behind you. Just ahead of you is a giant bull blocking your path to your future self. This obstacle becomes the path. This bull is your future. Now, you have one foot stuck in your bullshit past and one firmly planted in the moment. What do you do?

You pull yourself out of the bullshit of your past by grabbing the bull of the future by the horns.

You leverage yourself in the future rather than dwell in the past. You pivot, in the moment, from being stuck in a rut to being free to create. You transform your bullshit into a reason to grow.

Rather than wallow in the bullshit of a crippling past, you are free to pull yourself forward into a self-empowered future.

The future will set you free:

“The artist’s task is to save the soul of mankind; and anything less is a dithering while Rome burns. If artists cannot find a way, then a way cannot be found.” ~Terence McKenna

So now that you’ve leveraged yourself in the present by pulling your future healthier self toward you, what’s next?

But now there is a big difference. Now you are guided by your future improvement, rather than clinging to your outdated past. You are free to create the future with the full awareness that you are still delusional, that you are still full of shit, but that you can use it all to create bigger and better delusions. You are free to transform it all into art. You become more sincere and less serious. And since you are no longer clinging to your bullshit, you become less full of shit.

Sure, we are all delusional. Sure, we are all full of shit. But when we are proactive about transforming our shit into art, then we are less likely to be clinging to it for dear life. Those of us using our bullshit as fodder for creation, are less likely to remain victims. As creators, we are less full of shit than those victims still clinging to their bullshit (outdated beliefs, mistakes, losses, victories).

This is the power of creating yourself from the future. It sets you free from the chains of the past. You stop dwelling. You stop clinging. You stop playing the victim. Instead, you start overcoming your past self and begin surrendering to the power of being a creator.

It comes down to this: will you continue to cling to your bullshit past, or will you choose to pull the future toward you and create the best shit ever?

Envision your best self. Now, in the moment, begin taking the steps necessary to achieve that vision. Do this despite the past. You’ll still be full of shit, but by having strategically pivoted your point of view from a self-pity past to a self-empowered future, you will have become a little less full of shit. And the less full of shit you are, the more you’ll be able to negotiate, navigate, and balance how full of shit everyone else is.