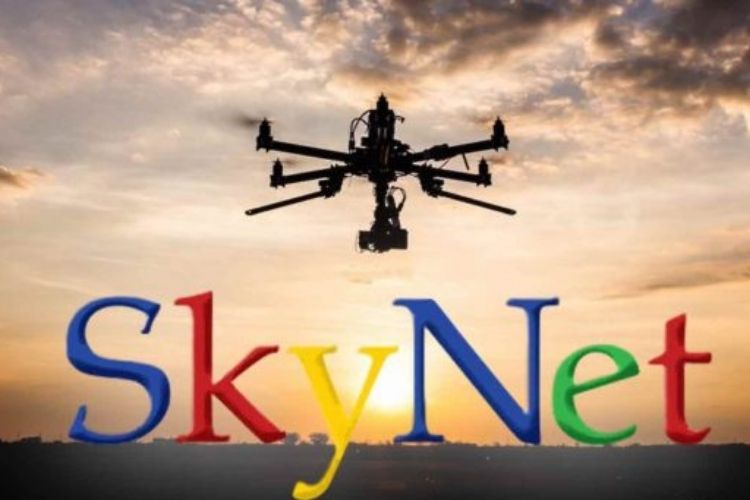 Imagine in the near future, a swarm of tiny drones patrolling the skies across the country. These drones are not being flown by any pilot and are entirely autonomous, carrying out their directives coded into them during manufacturing — surveil, record, follow, and even predict your next move. Sounds like something out of a dystopian Sci-Fi flick, right? Well, there is no need to imagine this scenario or to watch it in a movie.

It is already here.

Adam Bry and Abraham Bachrach, the CEO and CTO, respectively at a company called Skydio have helped usher in this new reality. The duo started together at MIT before moving on to Google and working on Project Wing Google.

After moving on from building self-flying aircraft at Google, the duo founded Skydio and has been giving their autonomous drones to police departments ever since — for free.

“We‘re solving a lot of the core problems that are needed to make drones trustworthy and able to fly themselves,” Bry told Forbes in an interview this week. “Autonomy—that core capability of giving a drone the skills of an expert pilot built in, in the software and the hardware—that’s really what we’re all about as a company.”

According to Forbes, Skydio “claims to be shipping the most advanced AI-powered drone ever built: a quadcopter that costs as little as $1,000, which can latch on to targets and follow them, dodging all sorts of obstacles and capturing everything on high-quality video. Skydio claims that its software can even predict a target’s next move, be that target a pedestrian or a car.”

Although these drones will undoubtedly play a beneficial role in making the job of law enforcement safer by looking into hostage situation or giving intel into standoffs, as everyone reading this article knows, government always abuses the technology it has at its fingertips.

Bry even admits that working with government agencies may mean its drones are used in “potentially polarizing and charged situations.” However, he told Forbes, they are “steering away from that just because it’s controversial or polarizing would be the wrong thing to do.” In comments given to the New York Times, the CEO has come out strongly against Skydio’s drones being used with weapons.

“We are not putting weapons on the drone,” Bry said. “Weaponization is the one thing where you want less automation, not more.”

But you do not need weapons on drones for them to be used to oppress society — 24-hour autonomous surveillance and behavior prediction from above is enough to do that — without guns.

This year, according to a FOIA request by Forbes, America’s Custom and Border Protection also began testing the drones which is especially ominous given the Biden administration’s plans for a “smart border wall.”

Biden’s new “Smart” wall will use advanced surveillance technology like these drones to patrol the border presenting a danger to immigrants and citizens alike. According to a report in the Nation, a fact sheet distributed to reporters contains a section titled “Supplement existing border resources with technology and Infrastructure,” which calls for additional funding to, among other things, “enhance the ability to process asylum seekers” and “manage and secure the southern border between ports of entry that focuses on flexible solutions and technologies that expand the ability to detect illicit activity.”

The smart wall will not be as obvious and physically offensive as an actual wall, but aerial drones, infrared cameras, motion sensors, radar, facial recognition, and artificial intelligence is far more ominous than steal and bricks. According to the Nation:

These implements have the veneer of scientific impartiality and rarely produce contentious imagery, which makes them both palatable to a broadly apathetic public and insidiously dangerous.

Unlike a border wall, an advanced virtual “border” doesn’t just exist along the demarcation dividing countries. It extends hundreds of miles inland along the “Constitution-free zone” of enhanced Border Patrol authority. It’s in private property and along domestic roadways. It’s at airports, where the government is ready to roll out a facial recognition system with no age limit that includes travelers on domestic flights that never cross a border.

One of the most minacious aspects of this smart wall is that it will extend the police and surveillance state tactics used at airports — around the entire country — thanks to the federal “constitution-free zones.” Imagine you are checking into a flight at an airport, excited to go on vacation but when you attempt to get your ticket, you are told you cannot fly. Suddenly, you are surrounded by security and hauled off for questioning. You have committed no crime and you have no recourse to ask why you cannot fly. This happens every day in this country as Homeland Security enforces the unconstitutional No Fly List.

Experts like Edward Hasbrouck, a consultant with the Identity Project and writer at the affiliated Papers Please blog, say the new border wall will essentially implement a no fly list around the entire country. Hasbrouck told the Nation DHS officials “complain constantly and explicitly about the fact that, unlike at the airport, where we know who’s getting on the plane before they get on the plane, at the land border anybody can just show up. They regard this as a horrible defect that they’re working assiduously to rectify.”

All of this is happening out of sight of the general public who largely has no idea what is taking place. Imagine attempting to flee the future technocracy that America will surely become, only to be met by aerial drones and Boston Dynamic robot dogs. This could soon be a reality akin to the scariest Black Mirror episode. Scary isn’t it?

**This article (Google Veterans Team Up With Gov’t To Fill The Sky With AI Drones That Predict Your Behavior) was originally published at The Free Thought Project and is re-posted here with permission.**