From Survivor to Striver: Cultivating Courage and Building Boldness 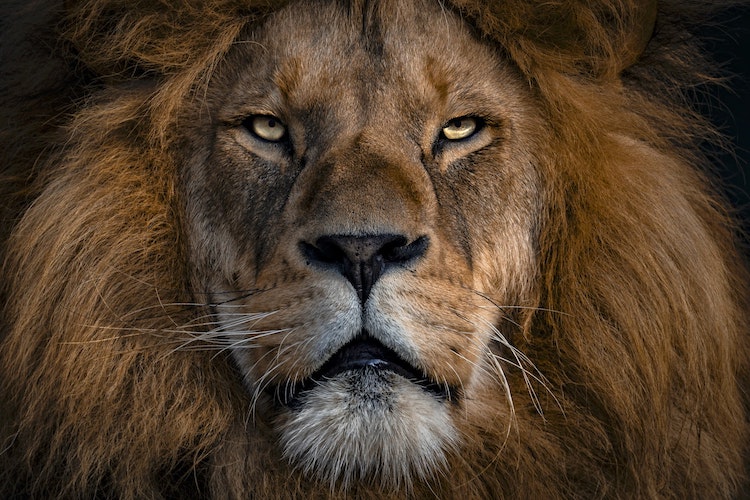 “I would rather be ashes than dust.” ~Jack London

You have from this moment until the day you die to live the life you want to live. Most people will default to the culturally programmed setting of mere survival. They will make excuses for why they don’t strive. They will remain content with merely surviving.

Going from mere survivor to fearless striver is no walk in the park. It’s not for the timid or faint of heart. It’s for boundary-breakers and horizon-seekers. It’s for comfort-zone stretchers and risk-takers. It’s for those with hearts resilient enough to handle being broken and put back together again. Strivers live not just to survive change, but to thrive with change.

Here are seven critical differences between survivors and strivers…

“Question everything. Learn something. Answer nothing.” ~Euripides

Security is overrated for a striver. So is safety and comfort, for that matter. A striver understands that too much comfort, safety, or security handicaps expanding potential. Healthy expansion requires a little discomfort and insecurity. It requires a leap of courage into the unknown. It requires risk.

Where a mere survivor sticks with the tried and true, a striver strives for the true and untried. A striver risks security, safety, failure, or fear of the unknown to bring a new way of perceiving truth into the world.

Where a survivor clings to their security for dear life, a striver rides the wave of their insecurity to expand life. The comfort zone is meant to be stretched. The box is meant to be flattened. The paradigm is meant to be broken. The known is meant to collapse into the unknown lest we limit ourselves to the parochial and outdated.

2.) Survivors stick to the familiar; strivers need to explore:

“The less people know the more stubbornly they know it.” ~Osho

Exploration is the lifeblood of the striver. It’s the ocean of their self-expansion. Where the survivor clings to the safety of the shore, the striver sets sail into uncharted waters.

The unknown must be transformed into awe through curiosity. Remaining curious is how a striver guards against relapsing into a mere survivor again. Exploration cultivates curiosity which prevents this relapse.

The vehicle of curiosity is “all-terrain” when it comes to exploring the unknown. A striver motivates him/herself in the face of the unknown despite the familiar, declaring to the world, “Buckle up, buttercup! There is life to be lived!”

Stivers understand that too much self-preservation is just as much of a trap as safety, security, and comfort. Where a survivor merely preserves the self through the same boring routine, a striver improves the self by having the self-discipline to break away from routine and reroute it into a new routine, again and again.

To go from merely surviving to vitally thriving, one needs a way to reroute routine, to un-habit old habits and then re-habit with updated habits. One must self-improve to get ahead of comfort and routine. Getting out of survival mode and stepping into thrive mode is a way for a striver to do precisely that.

Exploring the unknown requires the ability to adapt, improvise, and overcome. Strivers are adept at adaptation, impresarios at improvisation, and self-overcomers par excellence.

4.) Survivors stay out of trouble; strivers take a stand:

“He who cannot obey himself is commanded.” ~Nietzsche

Stivers realize that life is a risk. And they embrace that risk with courage and fervor. Where survivors fear making waves, stivers relish in it. Sometimes you must rock the boat to keep it afloat.

Life is too short to be a bystander. Strivers take a stand. They draw a line in the sand. They crush ultimatums through the power of their own moral autonomy. They ruthlessly reveal why the buck must stop here.

Especially in the face of a profoundly sick society that pollutes its own air, water, food, and minds, and then has the audacity to use its overreaching power to unconstitutionally detain nonviolent citizens.

Strivers are willing to cause trouble when the culture itself is troubled. They must. Trouble be damned! When society fails to regulate itself, man must regulate society. This has always been the task of the striver amidst the merely surviving social milieux.

“It is not the critic who counts; not the man who points out how the strong man stumbles, or where the doer of deeds could have done them better. The credit belongs to the man who is actually in the arena, whose face is marred by dust and sweat and blood; who strives valiantly; who errs, who comes short again and again, because there is no effort without error and shortcoming; but who does actually strive to do the deeds; who knows great enthusiasms, the great devotions; who spends himself in a worthy cause; who at the best knows in the end the triumph of high achievement, and who at the worst, if he fails, at least fails while daring greatly, so that his place shall never be with those cold and timid souls who neither know victory nor defeat.” ~Theodore Roosevelt

Survivors avoid pain by becoming critics of a striver’s growth. Strivers use pain as a steppingstone to dare greatly. They do this despite the slings and arrows cast by the critics who judge “the doer of deeds” from the sidelines of their mere survival.

The transformation of pain into power becomes a passionate expression of self-overcoming. A fierceness is born that’s magnetic. It lights the soul on fire. One becomes a beacon of light in a dark world. Or, even better, a beacon of darkness that pierces the blinding light.

In short: a stiver is a force to be reckoned with rather than a pawn (mere survivor) to be toyed with. Despite failure, despite success, the world opens up to the stiver who dares greatly.

“If you really want truth, you need to escape the black hole of power and allow yourself to waste time wandering here and there on the periphery.” ~Yuval Noah Harari

For a striver, the labor of life is one big experiment. The world is a giant laboratory that the striver navigates through the trial and error of his/her striving. Where the survivor merely labors for the money to live, the striver risks his/her labor through love, and money comes only as a side effect of that love. If at all. Hence the risk.

In the laboratory of a striver’s striving, work is simply having the self-discipline to risk and dare greatly. Where a survivor works to maintain safety, security, and comfort, a striver works to experiment with safety protocols, expand security through daring, and stretch comfort zones through leaps of courage that may fail. All while striving to transform boundaries into horizons.

“The greatness of man lies in his decision to be stronger than his condition.” ~Albert Camus

Through thick and thin, through trial and error, through ups and downs, through love and loss, through victory and tragedy, stivers strive, relishing in the struggle, knowing that it will just make them stronger, more robust, and antifragile.

Strivers understand that the journey is the thing, and they aim to provide their own hero’s journey as a blueprint for how to keep the journey the thing, rather than allow their short time on this earth to shrivel up into the fruitless decadence of mere survival.