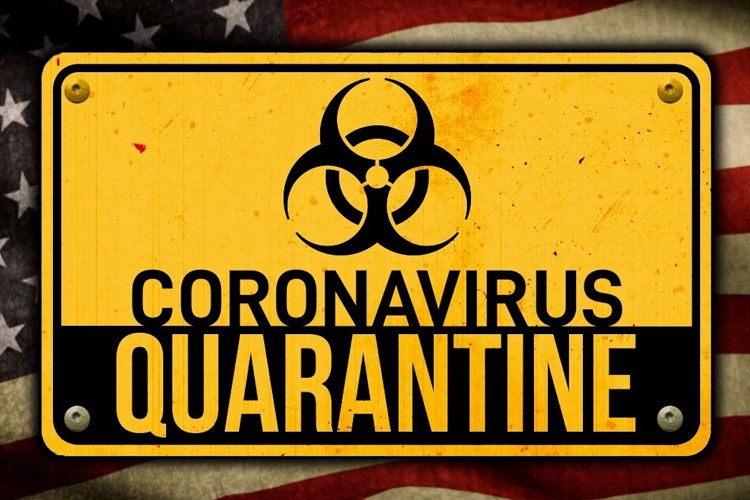 On the evening of December 12, 1799, George Washington, who at that time was 67 years old and happily retired from public life, came down with a minor cold and sore throat.

The next day he lost his voice and began having trouble breathing.

On the morning of December 14, his wife Martha sent word to several doctors asking them to come to the Washington’s estate at Mount Vernon.

Three different doctors arrived, and each of them performed a ‘bloodletting’ to treat George Washington.

Bloodletting was a popular treatment at the time in which a physician attempted to ‘drain’ sickness from the body by deliberately bleeding the patient.

But when Washington’s condition failed to improve, the doctors doubled down on the bloodletting.

They were certain that their approach was the correct one.

So not only did Washington lose an incredible amount of blood, he was also extremely dehydrated.

We’ll never know what might have happened if Washington had just laid in bed and drank tea.

But it’s hard to imagine that removing 40% of his blood and completely dehydrating him helped the situation.

To the doctors, it seemed like doing something was better than nothing. And even when the results showed that their methodology was deeply flawed, they continued to believe that they were right.

Now, a year into a global pandemic, politicians and public health officials have tried just about everything they could think of to stop the spread of Covid-19.

They forced people to wear masks in public; locked up healthy people in their homes devoid of sunlight or exercise; isolated everyone from friends and loved ones; and destroyed countless jobs and businesses.

Conversely, a small handful of places took a relatively light-handed approach to addressing the pandemic.

Finally we have the data to compare the two strategies .

And one of the biggest contrasts is between California and Florida.

In California, kids have still not gone back to school, masks are still required even when you’re outside, and indoor activities are strictly limited. Californians are still only supposed to leave home for “necessary” government-approved reasons.

Meanwhile in Florida, the Governor never issued a statewide mask mandate. Bars and restaurants have been back at full capacity since September. Florida schools have been open all school year. Families gathered for the holidays. And the state hosted the Super Bowl.

In 2020, Florida’s beaches stayed open for Spring Break, while California closed most beaches.

Disney World in Florida has been open since July, while Disney Land in California remains closed.

But Florida has the disadvantage of an older population— 20.9% of Floridans are above the age of 65, versus 14.8% of Californians, according to US Census data.

And since people over 65 account for the preponderance of Covid deaths, Florida has a much higher percentage of at-risk population.

We’ve also been hearing from our media overlords for months about how wonderful and effective the harsh lockdowns in California are, and how dangerous things are in Florida.

So it would be easy to think that Covid case rates and death rates in Flordia would be dramatically higher than in California.

But that’s not the reality.

CDC statistics show that the Covid-19 case rates and death rates since the beginning of the pandemic are nearly identical in both states.

(Unsurprisingly, Florida’s death rate is a whopping 40% lower than in the State of New York, along with dozens of other states.)

Yet despite California and Florida having nearly identical public health outcomes, their diverging strategies have had an enormous economic impact:

The data is quite clear: California disregarded civil liberties, violated the Constitution, locked people in their homes, destroyed businesses, and ravaged the economy.

But it turns out their harsh methods didn’t make a bit of difference.

And it cost an unknown number of lives to suicide, substance abuse, increased poverty, and a more sedentary lifestyle.

Florida’s freedom, on the other hand, resulted in nearly the same number of Covid deaths as California, yet dramatically improved the economic outcome.

You’d think that the lockdown states would change their ways and realize they’ve bled their patients too much.

But that’s not happening. Instead, they keep insisting that their harsh approach is right.

It’s no wonder Florida’s housing market is on fire. This isn’t the 12th century; people aren’t feudal serfs tied to the land.

And because of the shift to working from home, tens of millions of people can pick up and move now.

Keep in mind that in many places, the strict Covid rules were on a local basis. You might find freedom and economic opportunity one town over. Or maybe you have to move to another state or province in order to find the lifestyle you’re looking for.

But the same logic also applies if you want to move overseas. There is no point in limiting your options if opportunity lies outside of your homeland.

For some people, that might be a big leap. But there are options to ease into an expat life and try it out.

For example, over a dozen countries around the world currently offer visas to digital nomads, freelancers, and self employed people to live and work there for a full year.

And that might just be the escape you need.