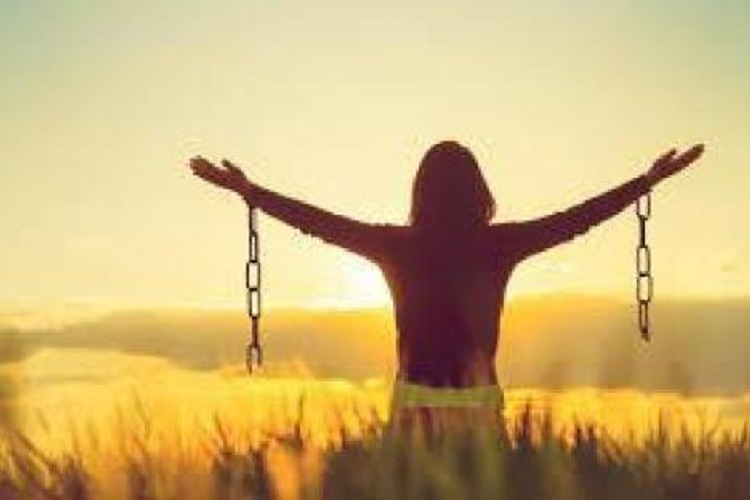 Sanity: “Freedom exists within the individual. It doesn’t exist anywhere else. Freedom means choice. An individual either takes it or surrenders it.”

Mind control: “We all live inside the government. The first fact of existence is, we live inside SOMETHING.”

That is a lie.

As the worldwide freedom protests against COVID restrictions expand, I’m reminding people of a few basic truths—after decades of press and government brainwashing.

Freedom, of course, is a natural fact, beyond the need for government permission.

It exists outside the TERRITORY of government.

No, we don’t live inside the government.

The truth is even more extreme. Freedom exists outside of society.

Society is not an entity that encircles and surrounds freedom.

Heinous slogans like, “We’re all in this together,” are meant to redefine society, and give the impression that we naturally exist INSIDE it.

“We’re all in this together” is a tribal maxim. Even there, it’s a con, because the tribal leaders use it to enforce loyalty and submission.

When you know that, you know a great deal about freedom protests and government pushback.

The government is saying, “You ALREADY EXIST within OUR territory. To protect you and keep you safe, we’re restricting you. Naturally, you’ll comply. If you don’t, you’re a criminal. If you persist in your non-compliance, you’re a terrorist. You’re an insurrectionist.”

That’s a fantasy cooked up by the government. Ultimately, on the physical level, it’s enforced by government personnel with weapons. That’s how it becomes real.

The major everyday strategy the government uses is the proposition, “Everybody lives and works and thinks inside society, and society is regulated by the government. Society is the primary fact every person is born with.”

Every person is born with the knowledge that he is here and alive—an individual. THAT is primary.

Regardless of what he needs and requires to survive, those needs do not define him. They come second, not first.

Of course, some potato head will take this as an “anti-family” statement. It isn’t. But the love within a family has no meaning unless it’s understood that each family member is an individual.

A person can live in freedom without limit—but the basic law of an open society is: he is responsible (for his actions), and he can’t lessen the freedom of another. Granted. However, that legal restriction doesn’t define what freedom is. It modifies it. It comes second, not first.

The individual, who is free, exists outside society and government, and always has. He enters society, but he doesn’t start out inside it. He enters and exits.

Once that is clear, everything changes.

This is more than the issue of who physically owns space…

EVERY CRIMINAL KNOWS THIS.

But the criminal violates the basic law of society by diminishing the freedom of others.

When the rest of the population is so cowed and brainwashed that it doesn’t even know what the criminal knows, we’re cooked.

The crazed government of Canada is in a panic because the people are waking up to the fact that freedom exists outside the government, and the truckers have suddenly become a potent force that performs instant surgery on mind control and lops it off.

Space: the final frontier. And it’s open, not closed. It’s not inside the government or society. It’s outside.

A reasonable society is a society where real debate can take place.

When an individual ENTERS the space of an unfree society, he declares the ability to act without limit, with responsibility, on the sole condition that he doesn’t diminish the freedom of another. The individual fights for that right.

But freedom itself is not enclosed within society or government. That is a fiction promoted by those men who would own government and society and force unity on all of us. The unity of compliance.

Freedom, in its essence, is non-material. It exists within the individual. It is choice. The individual either exercises it or surrenders it.