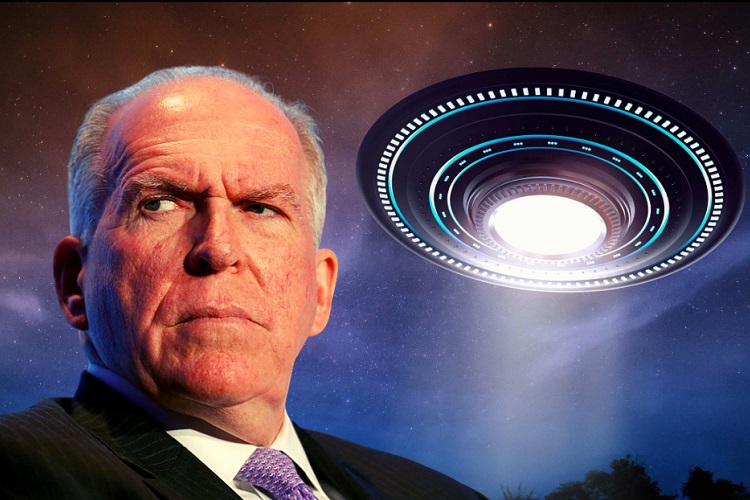 In a recent podcast appearance, John Brennan, the director of the CIA under the Obama administration has suggested that aliens could be behind some of the UFO sightings that have been reported.

While speaking on the subject with economist and podcaster Tyler Cowen, Brennan said, “Life is defined in many different ways. I think it’s a bit presumptuous and arrogant for us to believe that there’s no other form of life anywhere in the entire universe … Some of the phenomena we’re going to be seeing continues to be unexplained and might, in fact, be some type of phenomenon that is the result of something that we don’t yet understand and that could involve some type of activity that some might say constitutes a different form of life.”

Brennan also commented on the footage that was taken of UFOs engaging with US Navy aircraft pilots. In the footage, the objects are flying around 30,000 feet in the air at hypersonic speeds and showing no visible engines or exhaust plumes typical of any known aircraft currently on Earth.

Brennan said, “I’ve seen some of those videos from Navy pilots, and I must tell you that they are quite eyebrow-raising when you look at them. You try to ensure that you have as much data as possible in terms of visuals and also different types of maybe technical collection of sensors that you have at the time.”

Brennan’s 25 years with the CIA included work as a Near East and South Asia analyst, as station chief in Saudi Arabia, and as director of the National Counterterrorism Center.

Brennan is one of many former high ranking government officials to come forward to seriously discuss the existence of extraterrestrials.

In a new documentary titled “The Phenomenon,” Former Senate Majority Leader Harry Reid said that UFOs and potential alien activity have been covered up by the government for years.

“Why the federal government all these years has covered up, put brake pads on everything, stopped it, I think it’s very, very bad for our country,” Reid said in the documentary.

In an interview earlier this month, retired Israeli general Haim Eshed claimed that the United States and Israeli governments have been in contact with extraterrestrials for many years, but have not revealed this information to the public because they feel that the average citizen is not ready to know.

The 87-year-old former space security chief is currently working as a professor. Eshed has had a very prestigious career and is very well-respected. He served as the head of Israel’s space security program for nearly 30 years and is a three-time recipient of the Israel Security Award.

He has shared these wild claims about extraterrestrials in a recent interview with Yediot Aharonot.

Eshed said that some governments are in contact with a “Galactic Federation” of aliens from far reaches of space who are observing humans for their own research purposes.