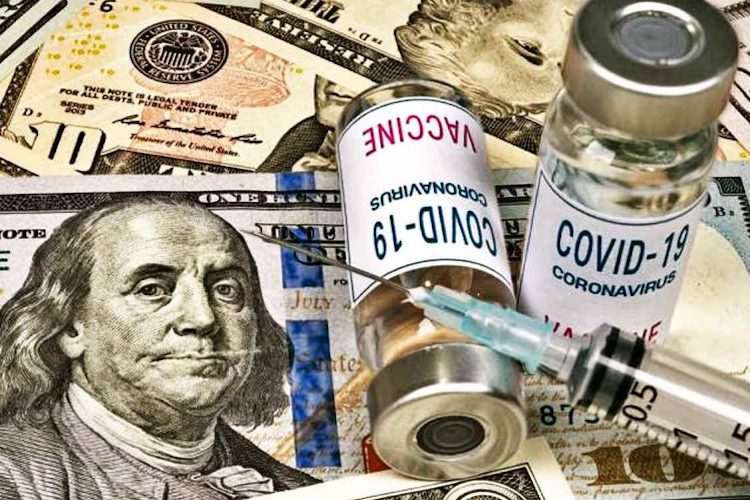 The US government spent over $130 for every man, woman, and child in America to push the COVID-19 vaccines and yet nearly half the country still refuses to get the jab. Why is that?

Every Friday, the Centers for Disease Control and Prevention (CDC) releases the new information on reports submitted to the Vaccine Adverse Event Reporting System (VAERS). The number of reports are at historical levels and more deaths and adverse events have been reported in just the last six months than the previous two decades — combined.

As the Free Thought Project has stated from the beginning, as not to set off the “fact checkers” it is important to point out that just because data is submitted to the CDC through VAERS, this does not in anyway mean that these reactions are directly related to the COVID-19 vaccine.

In fact, immediately after reporting these historically and utterly shocking numbers, the CDC reassures us that “a review of available clinical information, including death certificates, autopsy, and medical records has not established a causal link to COVID-19 vaccines. However, recent reports indicate a plausible causal relationship between the J&J/Janssen COVID-19 Vaccine and a rare and serious adverse event—blood clots with low platelets—which has caused deaths.”

“One of the main limitations of VAERS data is that it cannot determine if the vaccine caused the reported adverse event,” reads the CDC’s website. “This limitation has caused confusion in the publicly available data from VAERS WONDER, specifically regarding the number of reported deaths. There have been instances where people have misinterpreted reports of deaths following vaccination as deaths caused by the vaccines; that is not accurate.”

As there were 292 million doses of the vaccine administered during that time frame, the death rate sits at 0.0017%. These numbers indicate that the overwhelming majority of people who receive the vaccine are completely fine. But ignoring the massive uptick in reports would be irresponsible.

According to the CDC’s own data, children are extremely unlikely to contract COVID-19 much less have complications from it. However, there is a new push to get children vaccinated. Since the vaccine was approved for children, among 12- to 17-year-olds, there were 40 reports of heart inflammation and 16 cases of blood clotting disorders.

Medalerts uses the exact same raw data as the government but has an easier user interface and more powerful search capabilities. According to the most recent data:

Despite the skyrocketing number of post-vaccination adverse events reported to the CDC, Facebook and Twitter alike continue to ban accounts and censor content which shows nothing more than the CDC’s own data. This is irresponsible at best and potentially criminal at worst.

We’ve seen folks attempt to dismiss the number of reports, claiming they are being made by fake accounts or by folks attempting to manipulate the data to make the vaccine companies look bad. It is indeed true, according to the CDC that “anyone can file a report in the system.” However, filing a false VAERS report intentionally is a violation of federal law punishable by fine and imprisonment.

It is also true that there have been asinine reports made to the system with one of the reports indicating the COVID-19 vaccine caused a gunshot wound. Obviously this is a false claim, but why isn’t the data receiving more scrutiny? If the data alone is causing vaccine hesitancy, then why not investigate it, examine it, and clarify it?

Are there 300,000 people risking fines or imprisonment to paint the vaccine manufacturers in a negative light? Maybe. We don’t know. But we do know that instead of investigating the record number of adverse event reports, the government is spending billions in tax dollars to bribe people into getting the vaccine. Seems legit.

**This article (Feds Spend $3 Billion More on Vaccine Hesitancy Ads as VAERS Death Reports Surpass 5,000) was originally published at The Free Thought Project and is re-posted here with permission.**