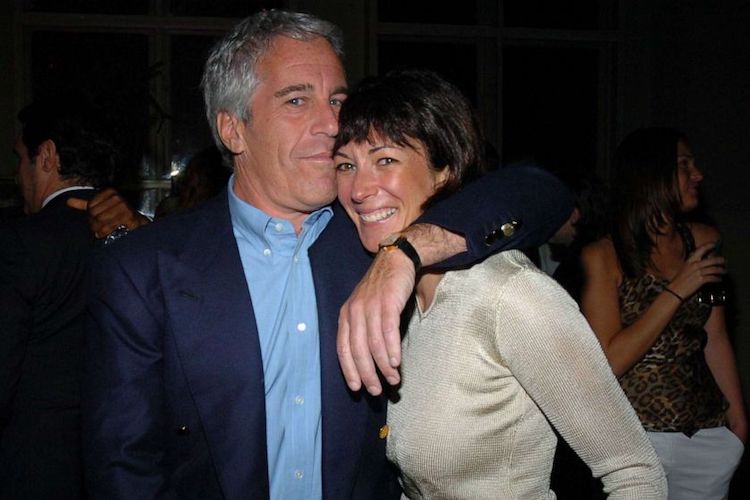 Ghislaine Maxwell, the British socialite and heiress who became a confidante of disgraced financier Jeffrey Epstein, who was later accused of aiding the billionaire pedophile in trafficking children, has been arrested by the FBI. According to reports, she as arrested in Bedford, New Hampshire around 8:30 a.m. on charges she conspired with Epstein to sexually abuse and traffic children.

Maxwell’s arrest comes just days before the anniversary of Epstein’s arrest which would later lead to the convicted pedophile’s extremely controversial suicide.

Maxwell, who reportedly dated Epstein in the early 1990s before settling in to a close friendship with the millionaire, has been MIA since Epstein’s July 2019 arrest. Soon after, Epstein killed himself while awaiting trial in Manhattan’s Metropolitan Correctional Center.

Maxwell has been accused in court filings of organizing a sex-trafficking ring that helped bring beautiful young girls to Epstein’s expansive Manhattan townhouse.

Back in 2003, Epstein told a reporter with Vanity Fair that Maxwell was his “best friend.”

Maxwell is the daughter of late British media magnate Robert Maxwell, who founded a publishing house and once owned a suit of tabloids, including the Daily Mirror.

It emerged after Robert Maxwell’s mysterious death in 1991 that he had looted hundreds of millions of dollars from employee pension funds to prop up his crumbling business empire.

The timing of Ghislaine Maxwell’s arrest is noteworthy considering the fact that just days ago the Trump administration suspiciously fired the man who was leading the investigation into the child trafficking ring.

Geoffrey Berman, the powerful US attorney for the Southern District of New York has been the lead investigator into the Jeffrey Epstein child sex trafficking case since before the billionaire’s suspicious suicide. However, this friend of President Donald Trump who contributed to his campaign, was surreptitiously removed from his post by Attorney General William Barr — who falsely claimed Berman “resigned.”

Last week, the lawyer for several of Epstein’s victims, Spencer Kuvin, spoke out about the “highly suspect” removal of the top attorney. He is speculating that Trump or one of his staff may have asked Berman to stop investigating Prince Andrew over his ties to the billionaire pedophile and then fired him when he refused.

Adding to the highly suspect nature of Berman’s firing is the circumstances under which it happened. Late last Friday night, as he thought no one was paying attention, Attorney General William Barr announced that Berman had resigned. However, that was news to Berman who quickly fired back saying he was doing no such thing.

“I have not resigned, and have no intention of resigning, my position, to which I was appointed by the Judges of the United States District Court for the Southern District of New York,” Berman — whose office charged Jeffrey Epstein with child sex trafficking last year — said. “I will step down when a presidentially appointed nominee is confirmed by the Senate. Until then, our investigations will move forward without delay or interruption.”

After Berman refused to resign, he was then forced out.

In the week since the Trump administration ousted this highly respected and successful attorney who was doing an outstanding job, neither Trump nor Barr have provided an explanation, or even a plausible cover story. Trump also claimed he had nothing to do with the firing.

“Attorney General Barr is working on that. That’s his department, not my department,” Trump told reporters as he was leaving the White House for a campaign rally in Tulsa, Okla. “But we have a very capable attorney general. So that’s really up to him. I’m not involved.”

The above statement turned out to be admittedly false as his own press secretary, Kayleigh McEnany later said he “was involved in a sign-off capacity.”

“Doesn’t sound like ‘stepping down,” Preet Bharara, the previous permanent U.S. attorney in New York, said in a tweet. “Why does a president get rid of his own hand-picked US Attorney in SDNY on a Friday night, less than 5 months before the election?”

What’s more, just weeks ago, reports were in the media noting that officials could not locate Maxwell. Now, all of the sudden she is back in her home town.

The Maxwell case is developing and we will keep you updated on how it unfolds.

Below is a Twitter thread by investigative reporter Whitney Webb, who has been reporting on the Epstein case for years. It provides some insight into the alleged nefarious plot unfolding in front of us.

Short thread on some things to consider re: reports of Ghislaine’s arrest.
1. They waited until after Bill Barr fired G Berman
2. They reportedly arrested her in NH, they’ve known where she is this whole time, waited till now. Why now?