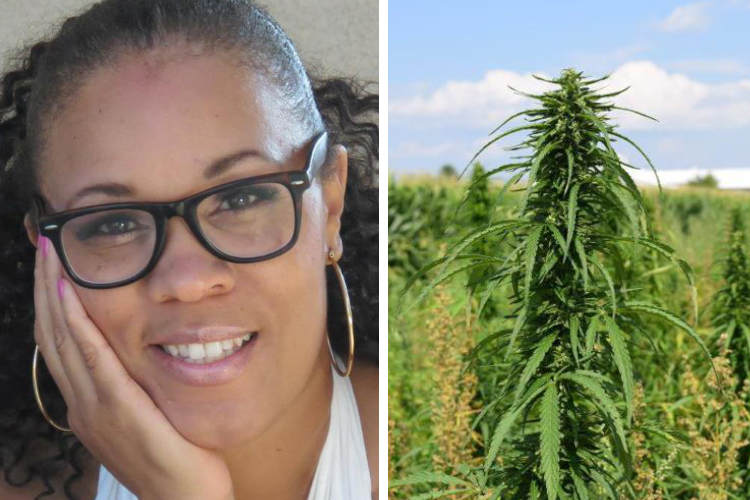 There are around 45,000 black farmers in America, representing about 1.4 percent of the total population of U.S. farmers.

According to data from a USDA 2012 census report, about 33,000 of these black farmers were principle operators, that is, the person on charge of the farm’s day-to-day operation. This means that only a very small portion of America’s farms are run by black farmers.

In the pressing national situation, where Americans are demanding greater equality and compassion for the nation’s black population, nothing works to serve this goal better than empowering black people to become business owners, become self-sufficient, and to contribute to the healing and progress of our nation.

Historically, even U.S. farm policies have been racist, creating a wide gap of opportunity where blacks and other minorities are unable to receive the same government resources, benefits and subsidies as white farmers.

Writing for Hemp Industry Daily, Kristen Nichols comments on this:

“Farming co-ops were once common across the U.S. as farmers pooled resources to acquire land and equipment. In the Black community, co-ops were a way out of sharecropping and tenant-farming agreements that left them mired in poverty.

But throughout the 20th century, racist policies at the U.S. Department of Agriculture shut out minority-run cooperatives from accessing government assistance.

Recent changes to USDA policies aim to address historic disadvantages for farmers left behind, but farmers of color haven’t caught up. Black farmers now make up less of the population than ever before in American history.But throughout the 20th century, racist policies at the U.S. Department of Agriculture shut out minority-run cooperatives from accessing government assistance.”

While many are out protesting for Black Lives Matter, people like Angela Dawson are busy paving the way of opportunity for black owned business. Dawson is the founder of 40 Acre Co-Op, a forward-thinking Minnesota organization aimed at reversing the decline in black agriculture, and focusing on the hemp crop for its versatility and possibility.

“Our mission here at 40 Acre Cooperative is to promote agricultural development, as well as economic equity for socially disadvantaged farmers. Because we know if all farmers had access to all the plentiful and rich agricultural resources available, we could solve many of today’s complex problems. All farmers gaining that access is what we’re here to do.

Disadvantaged black farmers have been the backbone of the agricultural industry for centuries. In fact, they made significant contributions to American agriculture throughout the 19th and 20th centuries. Now, black farmers are socially disadvantaged, making up less numbers by population now than ever before in American history.

Because erasing Black farmers’ history is erasing an important era of American history.

Because Black farmers who own land have decreased so dramatically over the past generation that not only have we lost valuable agricultural resources to feed the world, we’ve lost a generation of economic and environmental solutions.

Because the land ownership and income disparities in America are a joke, and we’re not laughing anymore.” ~ 40 Acre Co-Op

Hemp farming has a long and fascinating history here in the U.S. and it is even well-known that the Declaration of Independence is written on hemp paper. When hemp was outlawed in 1937 the economy shifted towards fossil fuels and oil-based synthetic materials, sidelining hemp almost completely.

Now that the crop is again being hailed for its extraordinary versatility, and laws on growing hemp have relaxed a great deal, hemp farms are cropping up all across the nation, bringing forth a wide range of possible products and supplements to help move us away from our dependency on trees, fossil fuels, and pharmaceuticals.

Efforts like these great news for America’s black and socially disadvantaged farmers, so if you’re looking for positive ways to empower black communities, please like and share this inspiring article.

The full interview with Dawson is seen here:

This article (Black Entrepreneur Develops Hemp Farming Co-Op to End Systemic Racism in American Agriculture) was originally created and published by Waking Times and is published here under a Creative Commons license with attribution to Vic Bishop and WakingTimes.com. It may be re-posted freely with proper attribution, author bio and internal links.