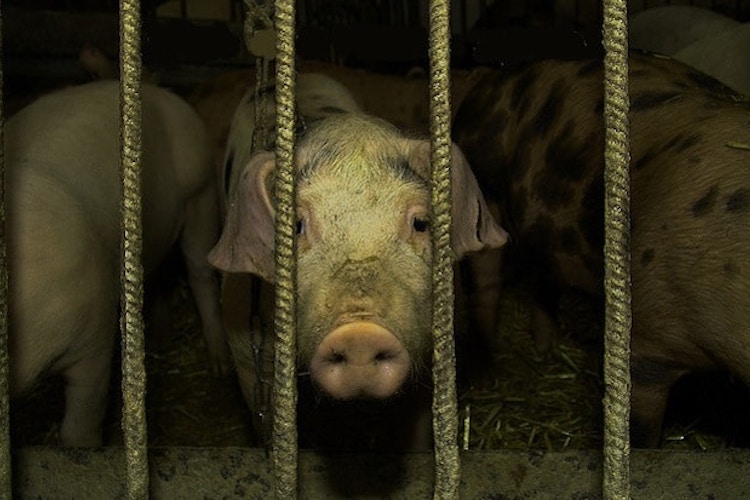 The European Commission is under pressure to end caged animal farming in the next six years after policymakers in the European Union overwhelmingly voted to stop the practice to protect animal welfare as well as human and planetary health, responding to widespread public demand for the ban.

Critics of industrial farming practices hailed the “landmark victory,” with 558 members of European Parliament (MEPs) voting in favor of the ban, just 37 opposing, and 85 abstaining from the vote.

BREAKING: overwhelming support by EU Parliament for a ban on cages for farmed animals!

Today the EU Parliament have adopted a resolution urging the EU Commission to #EndTheCageAge by 2027.

Forty-five MEPs spoke out on the parliament floor in support of the “End the Cage Age” initiative before voting last Thursday, and members are now calling on the European Commission to enact the ban by 2027.

“Citizens have been waiting for years to see the cages ban materialize. We are delighted that the European Parliament has taken a firm stance against cages. The time has come now for politicians to put words into action.” —Olga Kikou, CIWF E.U.

“Acting to improve the welfare of animals is an ethical, social, and economic imperative,” said Stella Kyriakides, European commissioner for health and food safety. “Our rules need to change and that is a very clear call from our citizens.”

Kyriakides’ decision to attend the debate and her support for the vote’s outcome was taken as a positive sign by Philip Lymbery, CEO of the animal welfare group Compassion in World Farming (CIWF).

Advocates still have “a long way to go,” noted Lymbery, as “any proposed new law will need to make its way through Brussels, seeking approval from both the European Parliament and the Council of the E.U., meaning we still have much work to do.”

An End the Cage Age petition was signed by 1.4 million people across Europe, with the support of more than 170 organizations campaigning for environmental protections as well as public health. The citizens’ initiative was only the sixth to result in a vote in parliament since the tool was first used 10 years ago.
“Citizens have been waiting for years to see the cages ban materialize,” said Olga Kikou, head of CIWF E.U. “We are delighted that the European Parliament has taken a firm stance against cages. The time has come now for politicians to put words into action. From today on, the ball is in the commission’s court. We expect nothing short of an ambitious timetable for ending the use of these outdated torture instruments called cages. Once this happens, the E.U. could truly claim global leadership in animal welfare.”
According to CIWF, more than 300 million animals in the E.U. spend all or a significant portion of their lives in cages, causing “immense suffering because animals have no control over their own lives.”
“Laying hens and rabbits are confined to spaces about the size of an A4 sheet of paper,” CIWF said. “Adult female pigs have to spend nearly half of every year inside crates, in which they cannot even turn around. Calves, geese, and quail are also caged, preventing them from performing basic natural behaviors.”
Intensive animal agriculture has also been linked to the spread of disease, leading to recent calls from conservationist Jane Goodall and climate action leader Greta Thunberg for a dramatic shift in humans’ treatment of animals.
“The inhumane conditions and close proximity the animals are kept in leads to cross-contamination, resulting in a breeding ground for new infections and diseases,” reported the British magazine Vegan Food & Living on Tuesday.
MEPs also called on the Commission to “put forward proposals to ban the cruel and unnecessary force-feeding of ducks and geese for the production of foie gras” and called for all products placed on the E.U. market to comply with cage-free standards.
“With this resolution we send an unequivocal message to the European Commission, which now needs to come forward with a legislative proposal to End the Cage Age and enable a transition to more humane, sustainable, and healthier farming methods across the E.U.,” said MEP Eleonora Evi, co-chair of the body’s working group on cage-free farming.
New York-based animal welfare group Farm Sanctuary applauded the vote and expressed hope that U.S. policymakers will soon follow the E.U.’s lead.

“Farmed animals have never had so many people standing up for them.”

Excellent news as the European Parliament votes in favor of banning caged farming! We hope the U.S. follows suit. https://t.co/byUv4XjG8y

The European Commission is expected to respond to the vote by the end of June.