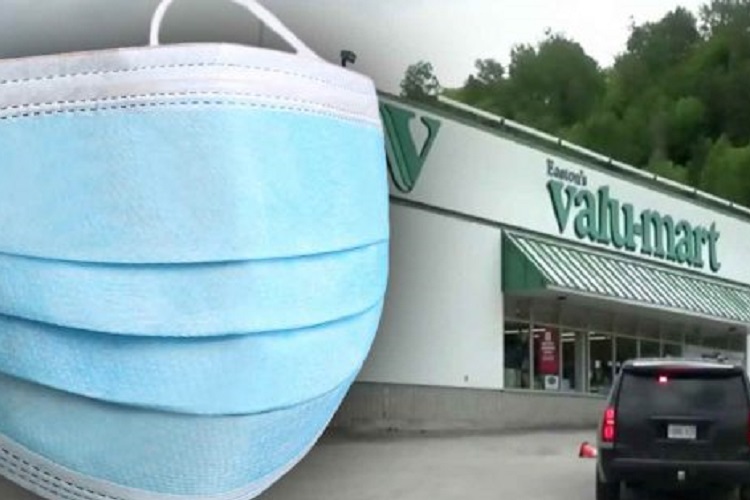 The debate over face masks during the COVID-19 pandemic has torn friendships apart, pitted family members against each other, and even led to an innocent bus driver being beaten to death in France by a group of thugs who became angry when he said it was the law they put on their masks. Now, a 73-year-old man has been killed after an incident sparked from a mask dispute. This time, it was the mask refuser on the end of the violence.

According to police, they were called out to the Valu-Mart in Minden, Ont. just after 8 a.m. last Wednesday because an elderly man wanted to shop without wearing his mask. It is unclear at this point whether or not the man had a medical condition which prevented him from wearing a mask. What is clear, however, is that his choice not to wear one would set off a chain of events leading to his untimely death at the hands of police.

“When I got here everyone was talking about it,” Tianna Frances, a worker at the Valu-Mart in Minden, said. “My coworkers were a little bit shaken up, yes.”

“I guess he just got angry and didn’t want to. We couldn’t really deal with that ourselves because it’s really against the rules. So we had to call the police and everything,” Frances said.

Police say that after the store employees confronted the man for not wearing a mask, he allegedly assaulted one of the employees before driving away. According to police, officers tried to stop the suspect’s car, but they refrained “in the interest of public safety” before doing a follow-up investigation, Sgt. Jason Folz said.

As CBC reports, Ontario’s Special Investigations Unit (SIU) said the man drove away, and an officer saw the car and started following it for a short while. Based on the licence plate, officers made their way to a home on Indian Point Road, the SIU said.

When two police officers arrived at the man’s home, an “interaction” unfolded and the two officers opened fire on the 73-year-old man, according to authorities. The man was shot and 3 hours after he refused to wear a mask, he was dead.

Officers claimed to have recovered two firearms from the man’s property. However, they stopped short of indicating whether or not the man fired upon them or was even in possession of the firearms when they opened fire.

The neighbors of the man who spoke with CBC News said the incident has shone a spotlight in the usually quiet neighborhood.

“It puts us on the map for the wrong reason,” Gary Barnett said. “Haliburton is a great place, It’s a super quiet cottage country, It’s a great place to live. This is a shock. We never have this type of thing.”

Barnett also described the 73-year-old man as a recluse.

“No one ever knew him, he just kept strictly to himself. No one could known him, he was a loner,” he said.

Lynda Easton, manager of the Valu-Mart in Minden, congratulated the staff on how they handled the situation.

“I want to congratulate my staff for how they handled the situation. It was very challenging today. They are the heroes. I don’t want to get emotional. They deserve the credit. That’s all I want to say,” Easton said.

Frances, says that the entire issue could’ve been avoided, however, if employees weren’t forced to do the state’s job for them.

Frances said store employees should not be forced to enforce the state’s mask mandate. “It’s causing chaos,” she said.

“If we didn’t have to force him and … tell him that he couldn’t come into the store, nothing would have happened, really. He would have got his groceries and went along with his day.”