Eisenhower’s Warning About The Military-Industrial Complex Is Still Valid 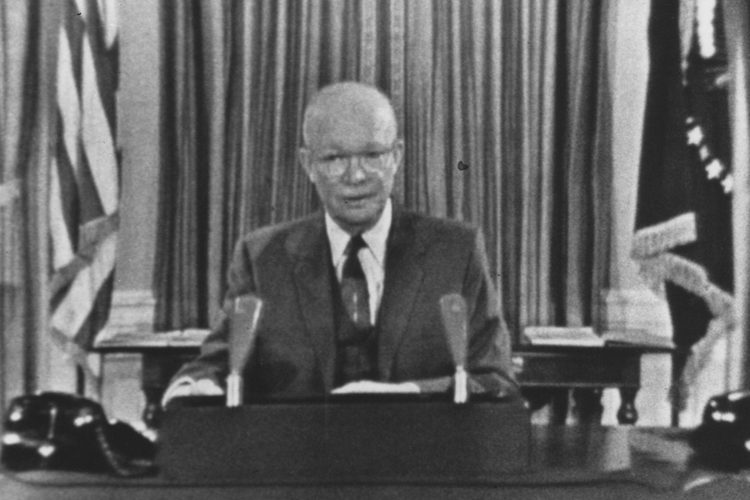 With people profiting from armaments and their development, there will inevitably be the push for more weapons…

President Dwight Eisenhower’s farewell address of Jan. 17, 1961, is just as relevant today as back then. Ike warned American citizens of the “military-industrial complex” and the dangers it presented to our nation and the world.

Eisenhower was rightly wary of the armaments industry, which at that time was relatively new. Ike knew that such a massive arms industry could dominate the nation.

Eisenhower said in his speech, “This conjunction of an immense military establishment and a large arms industry is new in the American experience. The total influence – economic, political, even spiritual – is felt in every city, every state house, every office of the federal government. We recognize the imperative need for this development. Yet we must not fail to comprehend its grave implications. Our toil, resources and livelihood are all involved; so is the very structure of our society.”

Resources for this arms industry would come from the American people. And if the arms industry is large, that burden becomes substantial. The more you finance the military, the less money you have for other priorities.

With people profiting from armaments and their development, there will inevitably be the push for more weapons. Any arms buildup will encourage other nations to build up their weapons. Arms races remain a continuing danger.

“In the councils of government, we must guard against the acquisition of unwarranted influence, whether sought or unsought, by the military industrial complex. The potential for the disastrous rise of misplaced power exists and will persist.”

Ike believed the American people needed to be politically active when it came to regulating the arms industry. He said:

“Only an alert and knowledgeable citizenry can compel the proper meshing of the huge industrial and military machinery of defense with our peaceful methods and goals, so that security and liberty may prosper together.”

We need to question military spending, especially when it comes at the expense of social programs. For example, the Build Back Better legislation is being rejected by many senators complaining about its costs. This means important social programs, such as the Child Tax Credit, free school meals and summer feeding for impoverished children won’t get passed because they claim they’re too expensive.

Yet those same senators are not questioning a nearly $2 trillion program of nuclear weapons modernization. Spending on nuclear weapons simply encourages arms races with Russia and China.

Eisenhower warned against such reckless military spending that comes at the expense of the American people.

Ike said, “As we peer into society’s future, we — you and I, and our government — must avoid the impulse to live only for today, plundering, for our own ease and convenience, the precious resources of tomorrow.”

Eisenhower emphasized in his speech the need for diplomacy and peacemaking. He said:

“Disarmament, with mutual honor and confidence, is a continuing imperative. Together we must learn how to compose differences, not with arms, but with intellect and decent purpose.”

It is dangerous enough to spend so much on weapons, but to disregard diplomacy makes it worse. We have seen treaties rejected in recent years and no new ones being developed. The U.S. withdrew from the Open Skies Treaty and has failed to ratify the Comprehensive Nuclear Test Ban Treaty. These are both initiatives Eisenhower originally proposed with the idea of helping to move us away from expensive arms races.

We should expect our leaders to be mindful of Eisenhower’s military-industrial complex warning. As citizens we must watch closely to ensure we don’t become captive to a giant arms industry at the expense of all other aspects of life.