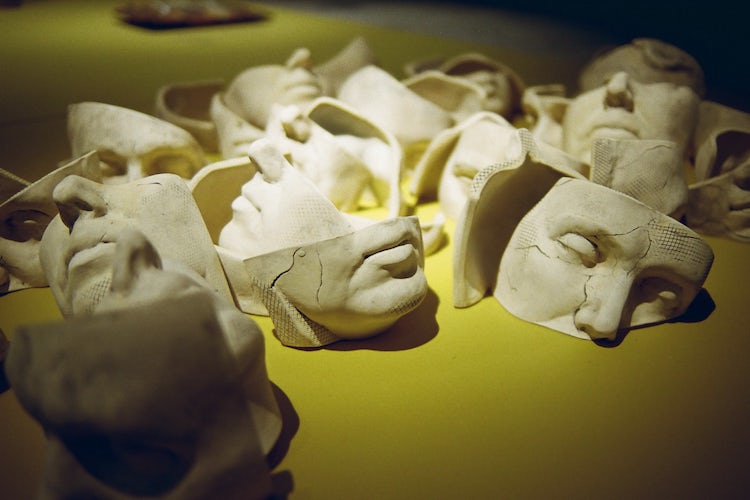 A member of an online community I co-host described a Match.com exchange in which her prospective date, upon finding she was only partially vaccinated, wished her death—the sooner the better. It was one of many similar, she said.

Now it is probably a good idea to eliminate from the dating pool people who disagree with you on basic issues like religion, health care, child-rearing, or politics. But to wish them death? Wow.

Given that at least 30% of Americans are unvaccinated (and many more unboosted), it does not bode well for this country if this kind of vitriol spreads. The media and social media are profuse with hateful sentiments about how the unvaccinated deserve to die, should be denied medical care, are immoral, ignorant, narcissistic, sociopathic, and so on.

I am sorry to observe hate on the other side of the vaccine divide too. Sometimes I see in health freedom communities half-hopeful, gloating posts about how the vaccinated will someday wail and gnash their teeth in abject regret when mass vaccine-induced death shows them the error of their ways. Monikers like “sheeple,” “normies,” and “vaxtards” play into the most dangerous controller agenda of all—to divide and conquer by fostering internecine hatred.

If we who oppose vaccine mandates wish to live in a world based on dignity, we should do everything we can to affirm the dignity of all human beings. By dehumanizing those with opposing views, we reinforce the same pattern that dehumanizes ourselves, the dissidents.

In my writing I have tried to avoid language that dehumanizes anyone, even as I have voiced strong opinions about Covid policy and especially mandates. Nonetheless, the prevailing pattern is so strong that some people took my last essay, A Path Will Rise to Meet Us, as an indictment of the vaccinated. No. As I’ve written in other essays, people including my own family members get vaccinated for reasons that seem good to them. It is not that some are smart and others are stupid, that some are ethical and others wicked. It is that each, by dint of chance and biography, occupies a different vantage point on the information landscape. Each is subject to different influences.

I actually dislike arguing about vaccines. Yes, I have my opinions, but neither the passion nor interest to research the topic deeply enough to competently argue them. I think Covid vaccines are overall harmful, but not compared to rain forest destruction, militarism, or neoliberal capitalism. Or world hunger, which killed ten million people in 2021, half of them children, and stunted the growth of tens of millions more—numbers that dwarf casualties from Covid or its vaccines. I also prefer to avoid the debate because its very terms take for granted a system of industrial medicine that has something like vaccination built into it.

So why do I engage this issue at all? My entree has been not vaccines per se, but vaccine mandates. It is only in small part personal—I resent attempts to coerce me into overriding my strong instinct in a matter of body sovereignty. But so what. Worse things can happen to a human being—and are happening. However, these “worse things” are expressions of the same ideology and system of domination and the war on the Other. The mandates are Trojan horses for an apparatus of control that will also crush resistance to other violations of Life, human and otherwise.

The mandates and coercion policies have another, even more sinister, effect: they divide the public and pit us against each other.

I sense that most people, vaccinated or unvaccinated, like I have little desire to argue about medical procedures. However, the institutions pushing mandates have maneuvered the public into fighting over them anyway. They have woven a narrative in which the unvaccinated are a threat to society: spreading germs, filling up hospitals, breeding new variants. The science confirming these ideas is shaky at best, especially given how subject it is to financial and political influence. So, reluctantly, I step into the minutia of case rates in vaccinated populations, viral loads in the vaccinated, vaccine adverse events, and so forth. Not because I want you to think you’ve made a mistake by getting vaccinated, but rather to undermine the rationale for hating, coercing, and punishing those who have not.

Basically, whether deliberately or not, a situation has been engineered to dispose the public toward division. It is an old formula: Enemies are among us! The unclean put us all at risk! The heretics will bring the wrath of God upon us all!

Let us recognize that ancient formula and how closely the dominant Covid narrative conforms to it. Is that conformity just coincidence? Were past incitements mere propaganda and hysteria-mongering, but this time the heretics really do put us all at risk? At the very least, we should recognize with grave suspicion any incitement to hatred. We the human family have fallen for that trick so many many times before.

The trick depends on a lie, the mother of all lies: that some of us are less valid, less human, and less sacred than others.

Tyrannical institutions hold dominion only through social agreement—their leaders don’t have personal superpowers like some movie villain. Real power is with the people. Therefore, tyrants can have their way only by setting the people against one another.

From appearances, they have been successful, but appearances can be deceiving. The most hateful tend also to be the loudest. A quiet majority wants peace.

Sometimes it happens in the midst of conflict that both sides awaken to its absurdity. Often, laughter accompanies the breaking of tension as each party steps out of the role of enemy. They recognize that the whole drama is something of a joke. It’s not that there is no valid matter of contention; it’s that the drama has overshadowed the original issue. Shedding their roles and their self-righteous identification with them, the warring parties can often come to a quick solution. Or maybe they realize that the conflict has become obsolete.

Something like that may be possible with Covid—the decreasing virulence of variants, the development of effective treatments, and the spread of natural resistance could render many Covid debates, including those around vaccines, obsolete. Many people are sick of the whole thing and are ready to move on. However, powerful vested interests prolong the drama by stoking further fear and rage, drawing from the long-festering resentments of our fevered society.

Charles Eisenstein is the author of The More Beautiful World our Hearts Know is Possible. His work is now featured on Substack.