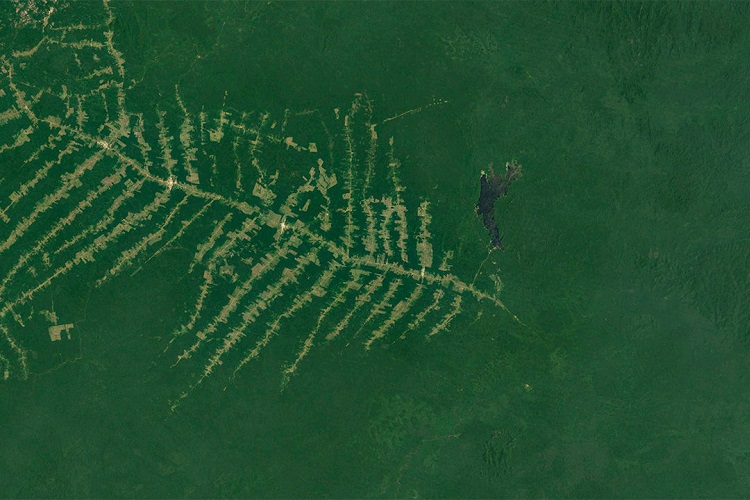 INPE’s deforestation alert system DETER shows that deforestation during January 2020 amounted to 284 square kilometers (110 square miles), an area 83 times the size of New York’s Central Park. The loss is more than twice that registered in January 2019. 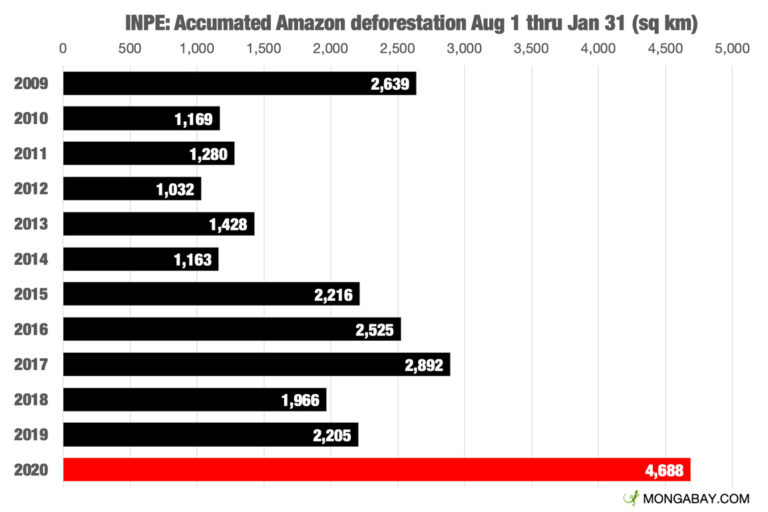 January’s numbers put deforestation in the Brazilian Amazon over 9,000 sq km for the past 12 months, an 85% increase over a year ago. 4,688 sq km have been cleared since August 1, 2019, the beginning of the “year” Brazil uses for tracking annual deforestation, or 113% higher than the same time last year.

The various data points suggest that forest destruction in the Brazilian Amazon is currently pacing about double last year’s rate. 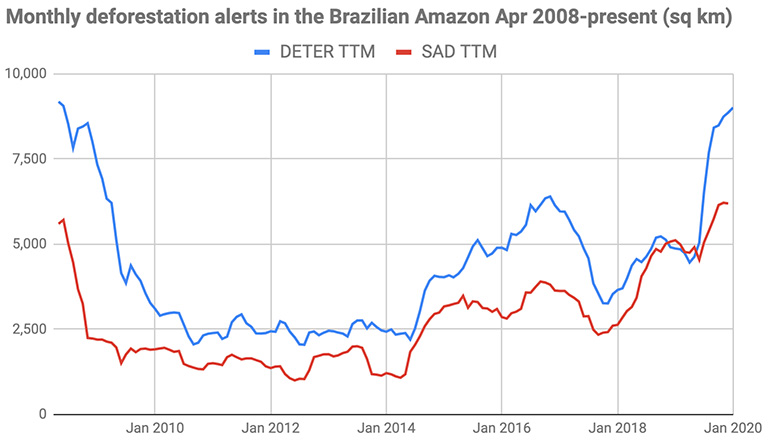 Deforestation alert data on a twelve month rolling basis. Blue is INPE’s DETER system, while red is Imazon’s SAD system. Imazon is an independent Brazilian NGO that functions as a check against official Brazilian government data.

Deforestation in the Brazilian Amazon made global headlines last year when smoke from land-clearing fires blackened the skies above São Paulo, Brazil’s largest city. Although the fires weren’t anywhere near historic records, the Armageddon-like conditions fueled a frenzy of social media activity and protests around the world.

The fires brought global attention to Brazilian President Jair Bolsonaro’s policies in the Amazon, which scientists and environmentalists say are contributing to the sharp rise in forest destruction. Deforestation last year hit the highest level in at least 12 years. 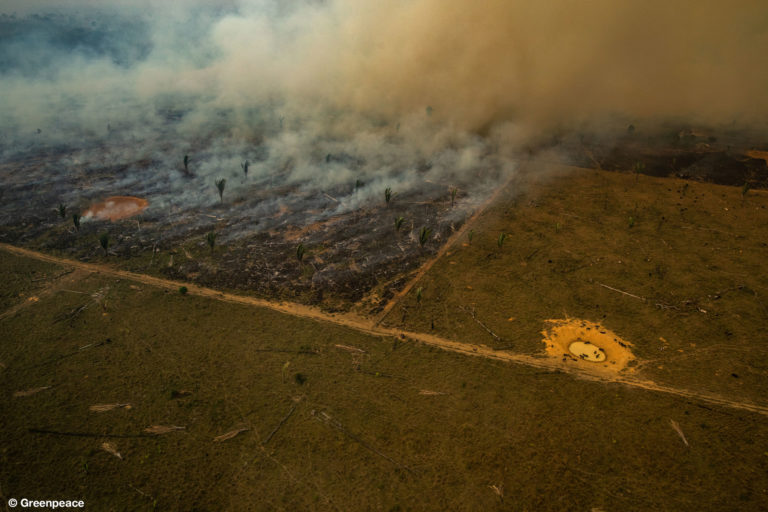 **This article (VDeforestation in Brazil continues torrid pace into 2020) was originally published at Mongabay and is reposted here with permission.