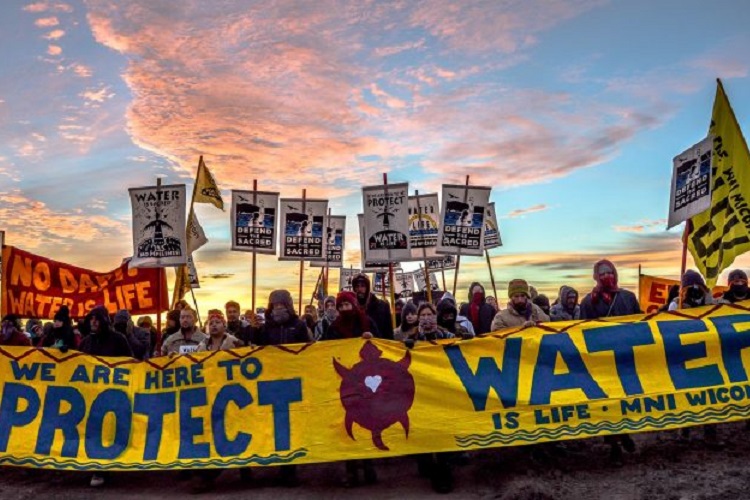 A federal court order to wind down operations of the controversial Dakota Access Pipeline (DAPL) and evacuate oil from its pipeline has faced a setback as an appeals court ordered that the district court decision be stalled.

The decision is a small but significant win for the Energy Transfer, which is allowed to continue shipping oil through the pipeline despite the order that it be shut down entirely by August 5.

In the Tuesday decision, the appeals court said that more time is needed to consider a motion to prevent shutting down the pipeline.

“The purpose of this administrative stay is to give the court sufficient opportunity to consider the emergency motion for stay and should not be construed in any way as a ruling on the merits of that motion,” the new order said.

Advantage DAPL: A U.S. appeals court overturned a lower court’s order that directed the pipeline to be shut and emptied, allowing oil to flow through the DAPL, running from North Dakota’s oil production fields to Midwest and Gulf Coast refineries. https://t.co/Y6IZH7O7Sj pic.twitter.com/LRd3MhEA74

Local politicians who decried the shutdown order as damaging to the U.S. economy have hailed the move.

“Common sense prevails,” said Trump ally and Sen. Kevin Cramer (R-N.D.) in a news release. “The shutdown order was unreasonable and a clear example of judicial overreach. I hope the time will be used to find common ground among litigants.”

Since 2016, the 1,200-mile project which carries oil from North Dakota to Illinois has been the focus of massive protests by environmental groups and Native American tribes, specifically the Standing Rock Sioux Tribe.

The Standing Rock Sioux has sued over the major pipeline, which it sees as presenting an existential risk to their ancestral lands and the main drinking water supply that the pipeline passes through.

“It’s important to recognize: An administrative stay is not in any way indicative of how the court is going to rule — it just buys the court a little additional time to make a decision,” attorney Jan Hasselman, who represents the tribe through environmentalist nonprofit Earthjustice, said in a statement.

“We look forward to the opportunity to explain why the district court got this right,” Hasselman added.

Earlier this month, U.S. District Judge James Boasberg ruled that the U.S. Army Corps of Engineers had failed to follow environmental rules established by the National Environmental Policy Act (NEPA). The Army Corps was found to have willfully ignored the catastrophic consequences of a potential oil spill when it permitted the construction and operation of a section of the pipeline directly beneath Lake Oahe in South Dakota without providing an adequate environmental impact statement.

In 2017, President Donald Trump directed a permit for the pipeline to be issued in his first week in office, reversing a hard-fought concession extracted from the Obama administration to deny the permit for the project.

On Wednesday, the Trump administration made a bold step toward gutting the National Environmental Policy Act (NEPA), which has been the law for over 40 years and requires federal agencies to assess the environmental impact of planned projects, reports NPR.

Describing the move as one which removes “mountains and mountains of bureaucratic red tape,” the sweeping rule released by the White House Council on Environmental Quality (CEQ) is expected to make it far more difficult for local communities to block the new construction of gas and oil pipelines, mines, highways and other infrastructure on the grounds of environmental assessments.

This decision continues the tradition of giving more power to polluters and making it harder for Americans to protect their neighborhoods.

This is bad for public health & only serves the interests of the wealthy. https://t.co/fMfED2TLU3

Attorneys representing environmentalist groups have decried the move as granting a blank check to major industries to pollute the country’s air and water, and have vowed to fight it in court.

“[The new federal rule] would open the door for the government to exempt pipelines, large-scale logging operations, waste incinerators, smog-spewing highways, and countless other federal actions from environmental review or sharply limit local communities’ ability to participate in the environmental decision-making process,” Earthjustice said in a statement.

“The administration’s disregard for NEPA flies in the face of decades of bipartisan consensus on the law,” the group continued. “It was the product of years of determined activism from people who wanted a greater say in decisions affecting their homes, health, and environment.”

BREAKING: The Trump administration finalized its proposal to gut the National Environmental Policy Act (NEPA), a law that gives communities tools to fight back against waste incinerators, pipelines, and polluting highways. We'll see them in court. https://t.co/LiCdk6MTHa