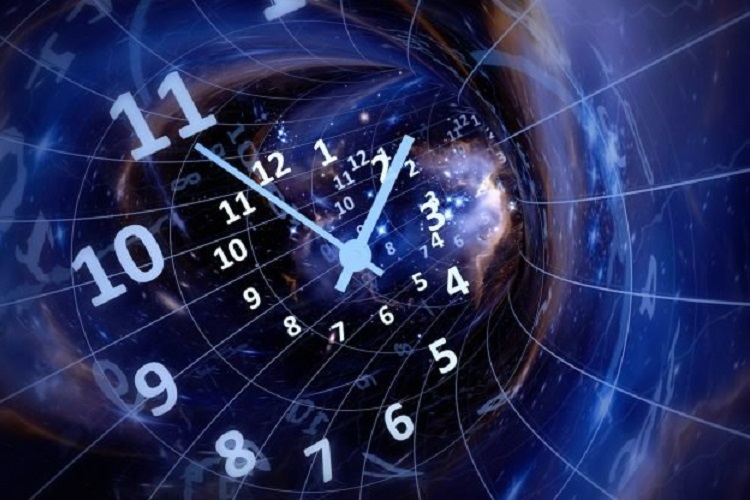 In today’s reality, change is happening so fast we can hardly keep up with it. The ‘unimaginable’ is staring us in the face, and we feel powerless to act as we are swept along by the will of elite bureaucrats and their minions. Mixed messages from the controlled media and self serving, barely conscious politicians have led to mass fear, confusion, uncertainty and psychosis in the general public. We have been financially crippled, masked, locked up and isolated from each other under threats of fines and imprisonment for a disease that at max has a kill rate of 1%. The majority of people who have died from this so called ‘killer disease’ were already on deaths door. But governments have ignored the true facts and embarked on a crusade to get everyone on the planet inoculated with a magnetic, self replicating, graphene laced piece of software…. the powers that be call a vaccine !

Using Draconian methods of control they have wreaked havoc on the emotional, physical and psychological awareness of humanity.

The psychotic world of social media

As a result of being confined at home, billions of people have tuned into the shallow and psychotic digital world of the internet, social media and chat rooms. The population has been slowly engineered through the introduction of computers, ipads and smart phones to exchange ‘real’ life for an electronic illusion. A fake ‘whirled’ where the drama addicted, self serving soul of humanity is laid bare.


During the forced incarceration of Earth’s citizens, human touch has been replaced by synthetic, digital interaction. It is a well known medical fact that when people are prevented from physical contact with others, they become stressed, anxious, and depressed. As a response to stress, the body makes a hormone called cortisol. This can cause heart rate, blood pressure, muscle tension, and breathing rate to go up, with bad effects for the immune and digestive systems. Add to the above: disease from mask wearing, domestic violence and depression leading to suicide.


It appears that the so called ‘cure’ is worse than the disease.

The world is in limbo. Economies are shattered. Law and order is breaking down. Right has become wrong and up is down. Have the governments of the world gone insane or is there another reason for the chaos and misery they have created?

Is something life changing about to happen globally? I think it is….and they are afraid to tell us.

The cycles of time

“The flight of time is measured by the weaving of composite rhythms- day and night, calm and storm, summer and winter, birth and death such as these are sensed in the brief life of man. But the career of the earth recedes into a remoteness against which these lesser cycles are as unavailing for the measurement of that abyss of time as would be for human history the beating of an insect’s wing. We must seek out, then, the nature of those longer rhythms whose very existence was unknown until man by the light of science sought to understand the earth.” ~ Joseph Barrel

Ecclesiastes 1:9 What has been will be again, what has been done will be done again;
there is nothing new under the sun.

All physical manifestations from the smallest organism to the highest mountain, stars, suns and galaxies go through cycles of creation – destruction and renewal. Some cycles take millennia or hundreds of years to complete. Others are short cycles like the mayfly Dolania americana who are born, reproduce and then die in less than five minutes.


According to the past data, (see the video with the article) we can see the historical record of polar excursions and pole shifts. Magnetic polar excursion is the driver of climate and happen every 12,500 years or so. Twelve thousand five hundred years is up. There is a pole excursion happening right now. As a result, our jet streams are in chaos, and the field intensity of our magnetosphere is waning.

Frequency and vibration create the magnetic fields. When there are electromagnetic changes in our solar system, the new vibrations affect not only our planet’s magnetic field but the hemisphere’s in our brains as well. Our perception changes and therefore our reality changes. When the field intensity is strong, humanity is creative, innovative and prosperous. On the other side of the coin, a weak field strength leads to societal breakdown, mental illness and war.

Maybe the weakening of our field strength is already affecting people’s minds…it sure looks like it.

About every four hundred years we have intense solar minimums that have an effect on society. Scientists think the sun may be going through a long period of decreased activity known as the Modern Grand Solar Minimum from 2020 to 2053.


So what can we expect?

The Maunder Minimum — from 1645 AD to 1710 AD, which was part of what is now known as the Little Ice Age led to civil unrest due to food shortages, massive earthquakes and volcanic eruptions. We only have to research what happens in a grand solar minimum to see the coming storm.

The large volcanic eruptions that occurred during the Little Ice Age had disastrous consequences on global agriculture through cold, ice, drought, and flooding.

The year without a summer and food shortages


In 1816 summer temperatures in Europe were the coldest on record and resulted in severe food shortages across the Northern Hemisphere. 1816 was called ‘The Year Without a Summer’ and was a volcanic winter caused by a massive eruption of Mt Tambora in Indonesia. If a massive volcanic eruption happened today, the global crop production losses would be in the region of one year’s food supply for one-third of the world’s population.

In today’s world a child dies of starvation every three minutes….

The United Nations warns that the number of hungry people worldwide increased for a third consecutive year in 2018, and now exceeds 820 million. And some two billion people – over one-quarter of the world’s population – lack regular access to safe, nutritious, and sufficient food.

Are you picking up what I’m putting down?

Governments know we are heading into a time of grand solar minimum, increasing cosmic radiation, low magnetic intensity and food scarcity caused by floods, drought, hurricanes, tornadoes and volcanic eruptions. They expect a breakdown of society, food shortages and riots. So, are they getting us ready for more draconian measures?

It appears that the unhinged elite are using the chaos and hardship caused by the electromagnetic pole excursion and grand solar minimum to usher in their new world order. They know about the cycles of time and are well aware of what is about to happen.

The World Economic Forum says by 2030, you will own nothing and you will be happy and a “Great Reset” will occur after COVID-19. The Elite Davos mob have laid out their plans for us peons. They have shown us the dystopic machine mind world they envisage for our future. After all, we are just the disposable cogs in their plan of ages and no doubt when shit hits the grand solar minimum fan, they have a plan on how to control the 8 billion people living on the planet. Starvation, disease, war are all possibilities but what if the elite have found another way…a blue pill in a needle!

In the film The Matrix, Neo is offered the choice between a red pill and a blue pill by Morpheus. The red pill represents an uncertain future that would free him from the enslaving control of the machine-generated dream world and allow him to escape into the real world. The blue pill represents a prison that would lead him back to ignorance, living in confined comfort without want or fear within the simulated reality of the Matrix.

Remember the ominous words: By 2030 you will nothing and you will be happy….sounds a bit like a sedentary zombie nation. Mind control by inoculation? Graphene could work electromagnetically with 5G….maybe that’s why there was a frenzied drive to erect hundreds of thousands of towers while we were locked up and out of view.

Some of you reading this are probably wondering what we can do as our world changes forever. All I can say is that we should be prepared spiritually, mentally and physically for what is surely coming. The rose coloured spectacles of denial that the majority of humankind wear will soon be smashed – the rug of stability will be pulled out from under their feet as the grand solar minimum deepens, and earth’s tectonic plates try to adapt to the moving poles.

It is time to pray….not to the lesser god that rules this world but to the power that preserves…the Source Field. The infinite force that inhabits all life. And, if you don’t know how to proceed it doesn’t matter. At this stage of the game, there is no wrong way…

Take off your shoes, and stand barefoot on the living Earth. Let the sun shine on your bare sunblock free skin. Cry from your heart for help and understanding. Do not be afraid to approach the unseen powers because they are aspects of Self separated by duality. Be humble, avoid gossip and conflict. Forgive everyone for their trespass against you.

Remove the anchors from your spirit and know that you incarnated at this time to take part in whatever is coming.

There is no compromise with tyranny. Do not be afraid for the Force is with you.

Much love until next time. Stay strong and act from your heart.