Contrary To What The Media Is Telling You, Freedom Does Not Come From A Vaccine 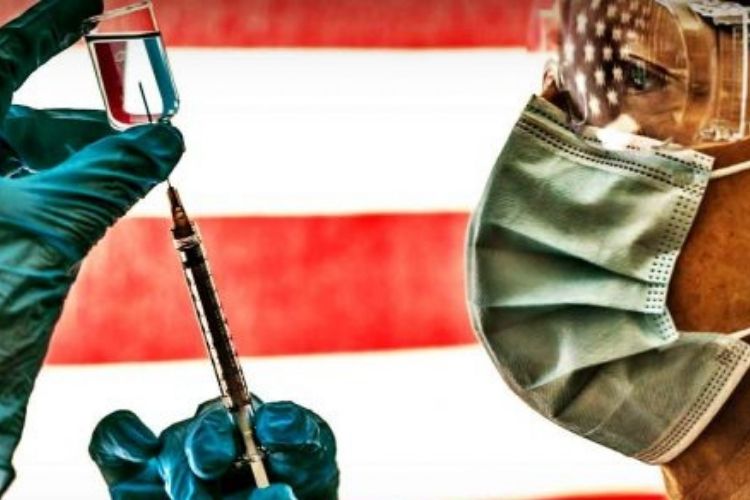 There is a belief forming and currently being pushed by the mainstream media and the U.S. Centers for Disease Control that Americans can have their freedom back if they just roll up their sleeves and take the vaccine. This push is being backed by multiple experts who are literally comparing it to the “carrot on a string” in order to get more people to be vaccinated.

The new CDC guidelines will allow a real, if qualified, return of freedoms once taken for granted for millions. They could also encourage vaccine skeptics to help create herd immunity needed to stop Covid-19 from spreading. | Analysis by @StCollinson https://t.co/0bDWmiaSDD

“It’s science based. It’s sensible. You can hug your grandkids again. If you’ve been waiting to get a haircut, see the dentist, you can do that,” former CDC Director Tom Frieden told CNN.

The idea that people have refused to hug their children and grandchildren over the fear of contracting the COVID-19 virus is heartbreaking. But even more worrisome is the fact that the CDC thinks it can grant or revoke that “freedom” to folks based on whether or not they take the shot.

“We know that people want to get vaccinated so they can get back to doing the things they enjoy with the people they love,” said CDC Director Rochelle P. Walensky, in a statement last week. “There are some activities that fully vaccinated people can begin to resume now in the privacy of their own homes.”

Aside from the obvious problems of people thinking the government can tell them when and where they can see and hug their children and grandchildren, there is the underlying principle of freedom. Requiring a vaccine for “freedom” is exactly the opposite of “freedom.”

Whether or not you agree with an individual’s choice to vaccinate themselves is irrelevant. While there will likely be many folks cheering on the state in these situations of forced medication and the silencing of critics, how you feel personally about vaccines should never lead to a loss of freedom — for anyone. No person should be forced by government regulation or societal pressure to receive any medication or treatment, including vaccines, against his or her will. This is the very foundation of freedom.

Real freedom is the choice to either take the vaccine or refuse to take it. It is that simple. Many people could benefit from receiving it and that should be their choice and their choice alone, just like some people may choose not to take it.

Our individual freedoms are not granted to us by government or vaccine manufacturers. They are inalienable. This is the very foundation of the Constitution and Bill of Rights which states, “We hold these truths to be self-evident, that all men are created equal, endowed by their creator with certain inalienable rights, and that among these are life, liberty, and the pursuit of happiness.”

Nowhere in the constitution does it state that our freedoms can be taken away if we choose not to take a vaccine. However, this is now becoming a common idea being pushed in the mainstream and by the government.

Leana Wen, an emergency physician and visiting professor at George Washington University Milken Institute School of Public Health, and the previous health commissioner for Baltimore is leading that charge. In an interview with Chris Cuomo on CNN, Wen expressed her discontent with states going back to normal without touting the vaccine as the reason for doing so.

She then went on to insinuate that government needs to make sure that vaccination is required in order for states to reopen.

“We have a very a very narrow window to tie reopening policy to vaccination status,” she said.

Wen then went on to say that freedoms must be limited or otherwise people won’t line up to get the shot. She literally compared the population to a donkey following a carrot on the stick, that is dangling their freedoms in front of them.

“Otherwise, if everything is reopened, what’s the carrot going to be? How are we going to incentivize people to get the vaccine?” she asked.

She then called on the CDC and Biden to “come out a lot bolder” and tell people that “if you’re vaccinated, you can do all these things…. Otherwise, people are going to go out and enjoy these freedoms anyway.”

Imagine people wanting freedom without being forced to take a vaccine…..the horror.

Aside from the insanely tyrannical notion of requiring vaccination for freedom, there is the fact that adverse reactions are being reported by tens of thousands of people.

As TFTP has reported at length over the last several months, though many scientists and medical professionals are reassuring everyone that this vaccine is entirely safe, because the vaccine was approved under emergency measures, it has — by definition — not undergone any long term studies. Anyone making the claim that they know what happens a year or more after receiving this vaccine is purely hypothesizing.

What’s more, over a thousand deaths have been reported after the vaccination, up to and including entirely healthy young people. However, every time someone dies after getting the shot, we are told days later that their deaths had nothing to do with the vaccine. While this could certainly be the case, the sheer number of post-vaccination deaths should warrant a closer look.

In an article from the Epoch Times, which was subsequently “Fact-checked” as “True” by Newsweek, the number of post-vaccination deaths is approaching 2,000.

The CDC told The Epoch Times in an e-mail that as of Mar. 8, 2021 over 92 million doses of mRNA vaccines for COVID-19 have been injected, with 1,637 deaths occurring following the injections.

Between Dec. 14 and Feb. 26, 25,072 reports were made to the VAERS system of immunizations with either the Moderna or Pfizer/BioNTech mRNA vaccines (the only two vaccines given during the time period assessed).

Currently, on the VAERS website, only 1,136 deaths are shown, however, those numbers, according to the CDC representative who contacted the Epoch Times, are higher.

When tens of thousands of adverse events, along with nearly 2,000 deaths are reported after receiving the vaccine, this is significantly statistic data to at least raise a red flag and to proceed with caution. However, the mainstream media, Big Tech, and the government alike, have chosen to double down on pushing the notion that the vaccine is 100% safe and we need it for freedom. Dangerous times, indeed.

**This article (Contrary To What The Media Ss Telling You, Freedom Does Not Come From A Vaccine) was originally published at The Free Thought Project and is re-posted here with permission.**