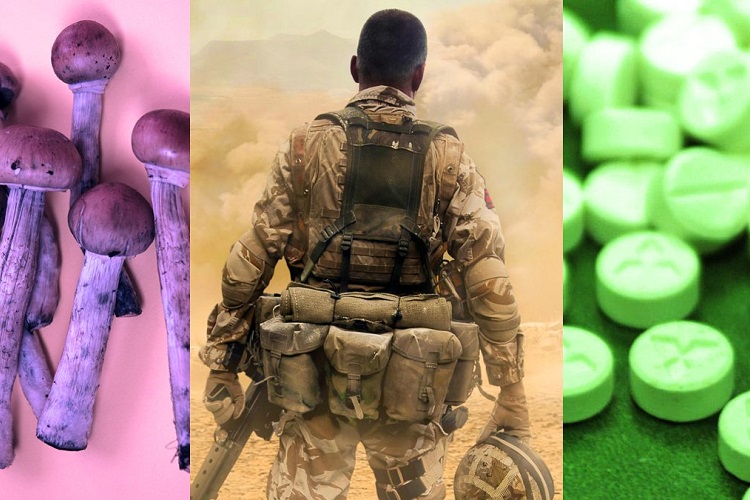 California could soon decriminalize psychedelics statewide if one legislator’s new bill is passed, marking another step by the Golden State to do away with laws seen by critics as antiquated vestiges of the failed U.S. war on drugs.

On Thursday, Senator Scott Wiener of San Francisco introduced Bill 519, which would comprehensively decriminalize the use of and possession of psychedelics, following the lead of such places as Oakland, Santa Cruz, the District of Columbia, and Oregon, which have all decriminalized the drugs to varying degrees.

Under the proposed law, a range of psychedelic drugs including psilocybin – the hallucinogen in “magic” mushrooms – psilocyn, 3,4-MDMA (also known as molly or ecstasy), LSD, ketamine, DMT, ibogaine, and mescaline would all be decriminalized. Like a previous law passed in 2018 that expunged cannabis-related convictions from the records of Californians, Bill 519 would also wipe clean prior convictions for the use or possession of drugs.

While the comprehensive decriminalization measure would open the door to any sort of use of the drugs, not limited to medical, it would also be tied to measures that endorse the medicinal and therapeutic benefits of psychedelics which have gained increased recognition from health experts and researchers in recent years.

“Given the severity of our mental health crisis, we shouldn’t be criminalizing people for using drugs that have shown significant promise in treating mental health conditions,” Wiener said in a statement. “People should be able to seek alternative treatment for diseases like anxiety, depression, and PTSD, and we need to make science-based treatments available to those in need.”

I introduced legislation (#SB519) to decriminalize psychedelic drugs (use & possession) in CA.

Let’s embrace science & move past the failed war on drugs. Drug use is a health issue, not a criminal issue. And, psychedelics have tremendous health benefits. https://t.co/VtDrUJKdLM

The bill has also been heavily supported by two groups, the Heroic Hearts Project and VETS (Vets Exploring Treatment Solutions), both nonprofit organizations that assist veterans in addressing mental health challenges stemming from trauma, such as PTSD.

The strategy tout the medical benefits of the drugs is one that has been used with success in past efforts by drug policy reform advocates.

“That’s how it worked with cannabis,” Oregonian drug policy reform advocate Anthony Johnson told the Guardian. Johnson helped lead efforts in his state to decriminalize the possession of small amounts of basically all illicit drugs through Measure 110, which voters overwhelmingly approved in November.

“It’s definitely a way to help people that need it first and foremost, but also then to educate the public about these substances of how the drug war has been a failed policy and how there is a better approach,” Johnson added.

In the case of Oregon’s Measure 109, which cleared the way for the all-out legalization of psilocybin mushrooms, petitioners highlighted the need to end the prohibition of the substance as a means toward treating mental health challenges through alternative methods.

“Healthcare professionals, veterans, mothers, people struggling with depression, anxiety, addiction and end of life distress, community organizations, and so many others answered to call for a new option to help so many who are suffering,” a coalition of Oregon advocates said in a statement last November following voters’ overwhelming approval of the legal psilocybin therapy bill.

As has been the case in other states, however, the largest obstacle to decriminalization has been law enforcement, who cite concerns over public safety, and the private prison industry which enjoys generous profits from state contracts to incarcerate drug users. However, state Senator Wiener hopes that the testimony of veterans will help convince opponents of the need to shed their preconceptions and biases toward users of psychedelic drugs.

“There’s a stereotype of who’s using psychedelics, but it’s much broader than that and when you have veterans coming into the Capitol talking about how psychedelics help them with PTSD and help them get their lives back, that’s incredibly powerful for legislators,” Wiener explained.

Among those veterans is 38-year-old veteran Juliana Mercer, who spent 16 years in the U.S. Marine Corps, including 10 years of active duty service over the course of one tour in Iraq and one in Afghanistan.

As a four-year member of the wounded warriors unit, Mercer saw unspeakable horrors that left an indelible impression on her psyche – ultimately resulting in long-term trauma that she was largely unable to address.

“I lost quite a few friends and just saw a lot of a lot of damage and destruction along the way,” Mercer said. “I put all of that stuff away and kind of forgot about it for a while, and once I slowed down it was all just sitting there and I didn’t know what to do with it.”

While her first experience with psychedelics was recreational, she eventually gained a sense of connectedness that had been absent for years. She eventually reached out to the Heroic Hearts Project a year and a half ago to undergo ayahuasca therapy, which she said had completely exceeded expectations in allowing her to release “years of grief.”

“I kept hearing that when you do some of these plant medicines, you’ll be able to do 10 years worth of work in one session,” Mercer explained. “Just one of my sessions really brought out all of that pain and the grief that I didn’t even know was in there and allowed me to just completely release it and expel it, things that I had no idea were there.”

For licensed clinical social worker Lauren Taus, therapies involving plants such as ayahuasca and psilocybin are simply strong tools rather than cure-alls for mental health challenges. However, with the ongoing pandemic compounding a mental health crisis that has long been felt across the United States, Taus is adamant that such potent tools must be decriminalized.

“The causes of trauma are multiplying way faster than the solutions,” Taus said. “Current treatment is generally not very effective.”

“Psychedelic medicine has been engaged with globally for eons,” she added. “This stuff works and we deserve to have access to solutions that will be sustainable.”