Bees Are Thriving As Pollution Plummets and Environmental Conditions Improve 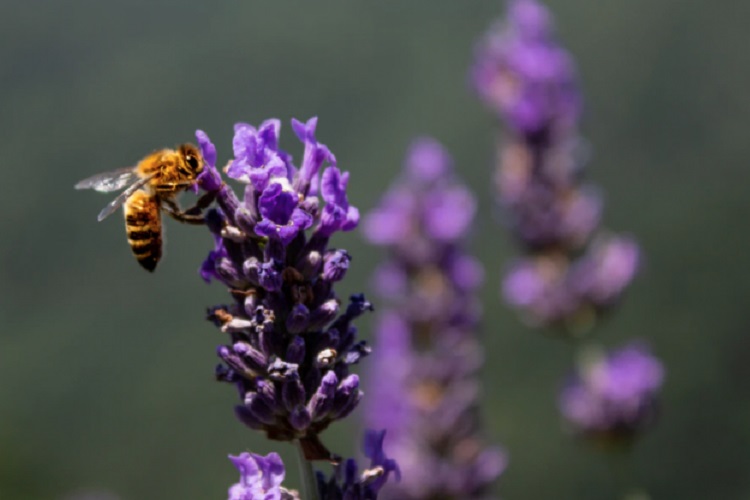 With nearly every facet of humanity facing disruption and economic activities screeching to a halt, the world has witnessed nature being given a break that has perhaps no precedent in the modern era. As a result, marine life.

And with the lockdown leading to less pollution, less traffic and a marked improvement in the environmental conditions across the globe, bees are thriving in a way they haven’t in years, reports Metro.

The “new normal” of people shopping locally, traveling less, and not cluttering roads with cars is having a healing effect on bee colonies, according to the U.K.’s largest bee farm, Denrosa Apiaries.

Because of the marked improvements to the environment, 43-year-old beekeeper Helen McGregor believes that her community has become keenly aware of the need to preserve nature.

“Less traffic, less pollution is bound to make a difference to the environment which of course has a positive knock-on effect for bees.

“I think people are more aware of what’s going on around them and in the countryside just now because of lockdown. Hopefully we see these changes lasting.”

The beekeeping operation has been in business since the 1940s in Perth and Kinross, Scotland. With 4,000 hives each filled with 50,000 bees, the massive commercial beekeeping operation founded by McGregor’s grandfather Kenneth has even produced honey for the British royal family.

And with environmental conditions improving, Helen is noticing a cultural shift among locals. She explained:

“They are more aware of nature, maybe seeing hives when they are out and about and thinking more about the food they are eating and where it comes from.

“It’s taking people back to their roots, making them look at what’s necessary in life and what’s not, it’s back to a basic outlook on life.”

#bees are and essential part of any ecosystem due to their importance as #pollinators 🌺. Let’s protect 🛡 them to ensure our natural 🌱 spaces are healthy ✅

The overall health of the bees at the farm isn’t just a factor that impacts Denrosa Apiaries – it also has a strong impact on the agrarian economy of the rural Scottish region.

Bees are perhaps one of the most important managed pollinators in agriculture. Spreading the male sex cells of flowers to their female counterparts in a natural process that is highly crucial to plant reproduction.

“We have hundreds of sites from down in England, all the way up to Aberdeenshire, with billions of bees.

“A lot of farmers are looking for bees to help with crop pollination. We have mini hives which we use to build up bee levels and we breed our own queen bees.”

The beekeeping operation now has hundreds of sites scattered across the U.K. with four or five teams checking about six sites daily. Helen added:

“It’s very early in our season to say what production is going to be like but the bees are busy bringing back nectar and pollen.

“We are at the mercy of the weather and could do with some rain as the ground is very dry.”

According to the UN Food and Agricultural Organization, pollinators are worth anywhere from $235 and $577 billion worldwide owing to their pivotal role in the production of global crops.  In the U.S., for example, bees are estimated to be responsible for no less than $20 billion of domestic crop production. However, the health of bee colonies has been threatened by warming climate conditions, diseases and parasites, and the food industry’s over reliance on pesticides and other agro-industrial chemicals.

Without bees we would likely have to kiss almonds, blueberries, watermelon, chili peppers, tomatoes, and other crops goodbye.

So this news from the U.K. is most definitely a much-needed bit of news we can certainly “bee” grateful for!