Austrian Police, Army Reportedly Refusing to Enforce ‘Health Dictatorship’, Will March in Protest Against It 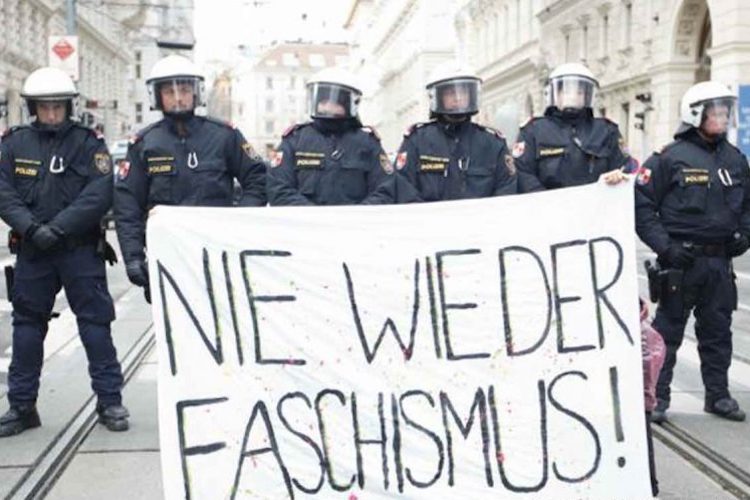 Matt Agorist, The Free Thought Project
Waking Times
Austria has been jettison to the forefront of the media this week as they devolve into what’s become a police state wrapped in a humanitarian crisis. Their society is being split in two — citizens are being segregated and discriminated against based on weather or not they have undergone a medical treatment. The vaccinated are allowed to have their rights while the unvaccinated are confined to their homes, only allowed out with the permission of the ruling class.

Beginning on Monday, Austria placed millions of citizens not fully vaccinated in lockdown. One third of the entire population is now confined to their homes and can only leave in special cases.

Predictably, the lockdowns of the vaccinated have not curbed the increase in cases and Austrian Chancellor Alexander Schallenberg is now mulling a countrywide lockdown — of everyone.

Naturally, it will not be Schallenberg and the rest of his ministers in the executive cabinet who will enforce these lockdowns and mandates. It will be the enforcement class — police and military — otherwise known as order followers.

After all, it is not the evil people who crafted plans for such despotism and suffering throughout history who actually carried it out. It is their unquestioning order followers — “just doing my job.

Thankfully for the Austrian people, however, as the French newspaper Infodujour reports, not all of their law enforcement is made up of unquestioning order followers and many in the police and military are refusing to follow these orders.

“The police and the army refuse to control the health pass in the name of ‘freedom and human dignity.’ They will join a large demonstration against compulsory confinement on November 20, 2021 in Vienna,” the paper reports.

Days after Schallenberg announced the segregated lockdown, the leader of the Freedom Party (FPÖ) Herbert Kickl, called for a ” mega-demonstration” on November 20 in Vienna and police are apparently supporting and even joining.

In an interview, Kickl explains that the mega protest is “For freedom, human dignity and against the division of society through an irresponsible corona policy of the government, which makes the population the scapegoat for their failure. Everyone is invited to be there, because everyone is directly or indirectly affected by the madness . In the face of this huge challenge we all face, worldview must no longer play a role. With this demo, we want to be a platform for everyone who no longer wants to sit and watch. ”

After the former minister of the interior’s speech, according to the infoDujour, “Austrian Armed Forces Union (FGÖ) President Manfred Haidinger followed suit and joined in in a letter published on 14 November. He intends to “defend fundamental rights and freedoms”. The FGÖ specifies that “everyone” is authorized to demonstrate, even in the event of confinement! The obligation of control imposed by the Minister of the Interior, Karl Nehammer has already been rejected by the police union. In addition, the Union of Austrian Armed Forces announces that they will participate in this great gathering in Vienna.”

The chairman of the Social Democratic Trade Unions (FSG) and the Police Union, Hermann Greylinger said in an interview that police don’t want to carry out these checks.

In the letter by Haidinger (FGÖ) adds in his letter, “we hereby point out that participation in assemblies is a particularly protected legal right and that it is also taken into account in the draft ordinance currently available. Participation and travel throughout Austria is permitted. Although unvaccinated people are advised to travel by private transport.”

The letter states that “the ban on a meeting planned by citizens as well as the ban on a gathering of political parties have been recognized as illegal” by the Vienna Administrative Court.