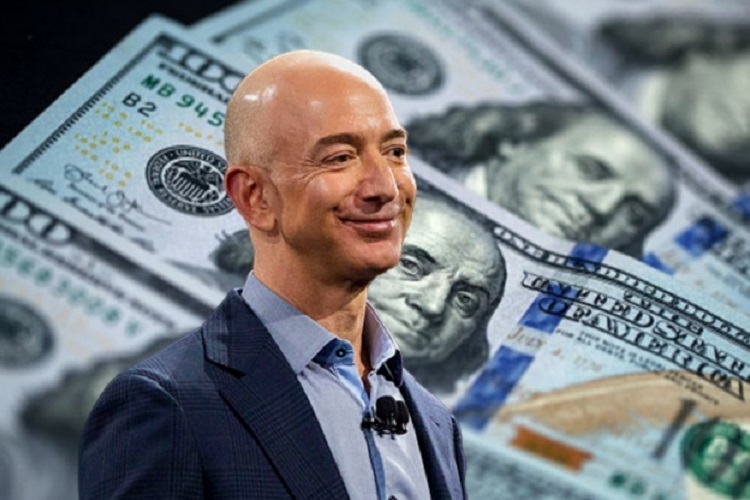 For most people across the world, the coronavirus pandemic and ensuing lockdown measures have been nothing short of ruinous. Countless small and large businesses have faced bankruptcy while in the United States, local government budgets are in shambles while the unemployment rate is projected by Goldman Sachs to peak at 25 percent, rivaling or exceeding the worst moments of the Great Depression.

Amid the unfolding economic catastrophe, however, the wealth gap between average people and the ultra-rich has widened drastically. For mega-billionaires like Amazon founder and CEO Jeff Bezos – the richest man on the planet whose net worth is estimated at $143 billion  – the health crisis has only made them richer.

And now, the Amazon founder is slated to likely become the world’s very first trillionaire, according to business software comparison platform Comparisun.

The site’s projection shows that Bezos is likely to achieve trillionaire status by 2026, when he will be 62 years old. Comparison based their projection on the average percentage of yearly growth over the past five years, which was then applied to future years.

Amazon has been thriving during the pandemic, with shoppers flocking to online shopping platforms due to the unavailability or inherent risks of in-person shopping at brick-and-mortar retail spaces, which had been struggling to compete with Amazon even before the novel coronavirus outbreak.

As a result, Amazon share prices have increased – greatly benefiting Bezos, who has an 11.2 percent stake in the company. Additionally, Bezos sold $3.4 billion in shares precisely before their value tanked in March due to fears over the spread of COVID-19.

The discussion of Bezos’ potential trillionaire status also comes as Amazon employees have launched protests and strikes over their safety as they continue working through the pandemic. On May 1, workers held a one-day strike demanding “adequate protection in the workplace” and an end to the harassment and firing of organizers in company warehouses.

News about Bezos potentially becoming a trillionaire in 2026 has riled up online communities on Twitter and other social media platforms, with users pointing to the expanding economic and financial suffering of people while Bezos rakes in billions.

“Jeff Bezos is about to become the world’s first trillionaire while we’re about to enter a depression.”

“I have a plan to save the world but it requires borrowing money from Jeff Bezos.”

Amazon was conceived by Bezos in 1994 as an “everything store” where users could buy everything from books to music and DVDs. The disruptive company quickly expanded its operations in the ensuing years, largely rendering traditional booksellers both large and small obsolete and becoming an e-commerce giant selling everything from furniture to groceries and its own lines of clothing, electronics and office equipment, among other basic consumer goods.

The company is also the world’s largest internet hosting firm through its cloud computing platform, Amazon Web Services (AWS), which was launched in 2006. The private cloud platform has provided web hosting to clients ranging from Dropbox to the Central Intelligence Agency, as well as helping form the “backbone” for Department of Homeland Security – Immigration and Customs Enforcement (DHS-ICE) deportation operations.