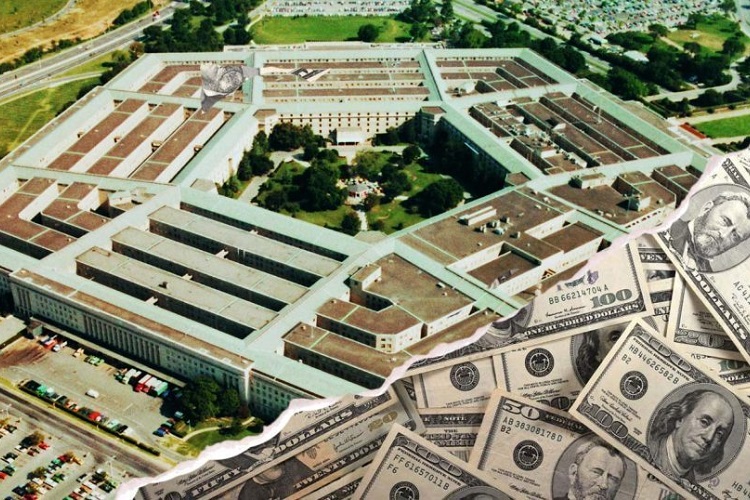 As millions face eviction and line up at food banks throughout the country, waiting for another stimulus payment that will seemingly never come, the Senate Appropriations Committee is proposing a $696 billion Pentagon spending bill for the upcoming fiscal year.

According to The Hill, The Senate’s version of the fiscal 2021 Pentagon spending bill was released Tuesday along with 11 other annual appropriations bills.

Both Senate Majority Leader Mitch McConnell and House Speaker Nancy Pelosi have said they want to pass an omnibus spending bill, and they will likely agree on the military budget, as Democrats overwhelmingly vote in favor of military spending when they have the opportunity, just as Republicans do.

In July, the House passed a $694.6 billion bill for Pentagon spending in July. The Senate version released this week includes $627.2 billion for the base defense budget and $68.7 billion for a war fund known as the Overseas Contingency Operations account, and also includes a 3% pay raise for troops.

However, the final Senate version of the bill left out a few causes that were championed by progressive Democrats, including the renaming of military bases that are named after Confederate leaders, and measures that were intended to block defense funds from being used on the border wall.

The Senate’s bill would also fund 96 F-35 fighter jets, which is an increase over the original bill and over the administration’s initial request. In addition to the fighter jets, the bill also gives the Pentagon $21.35 billion to build nine new battle force ships.

Meanwhile, millions of Americans are unemployed and many are now starting to get evicted. According to the most recent numbers there are 6.8 million, and this only accounts for the people officially collecting unemployment, this does not include the number of people who are not qualified for unemployment, or people who have been out of the work force for an extended length of time. The unemployment rate dropped slightly over the past two months, but is still at record highs.

According to estimates by the Princeton University Eviction Lab, 3.6 million people face eviction cases in a typical year. This year, up to 8 million people could be facing eviction, according to a tracking tool developed by the global advisory firm Stout Risius and Ross, which works with the nonprofit National Coalition for a Civil Right to Counsel.

It is also estimated that up to $32 billion in back rent will be due for tenants across the US once bans on evictions are lifted. Despite bans on evictions, many landlords in the US are still kicking people out of their homes, and in some cases, they have even challenged the eviction bans in court.

The people who are struggling financially in the US can’t count on much help from the government. Even the prospects of a new stimulus check are uncertain, and a payment will not be coming until next year at the very earliest, if it comes at all. Yet, the Pentagon is still able to claim nearly $700 billion in taxpayer money.