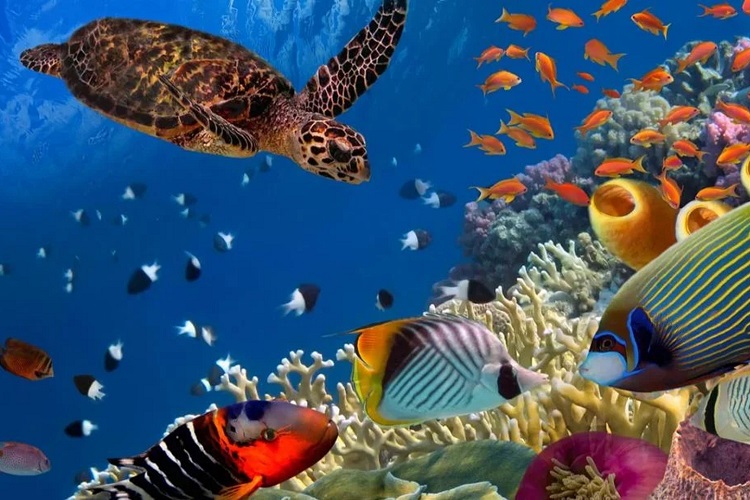 The waters surrounding the equator are one of the most biodiverse areas in the globe, with the tropical area rich in marine life including rare sea turtles, whale sharks, manta rays, and other creatures.

However, rampant rises in temperate have led to a mass exodus of marine species from the sensitive region – with grave implications for life on earth.

While ecologists have long seen the thriving biodiversity of equatorial species holding constant in the past few centuries, a new study by Australian researchers published in The Conversation has found that warming global temperatures are now hitting the equator hard, potentially leading to an unprecedented mass extinction event.

The researchers from the Universities of Auckland, Queensland, and the Sunshine Coast found that as waters surrounding the equator continue to heat up, the ecosystem is being disrupted and forcing species to flee toward the cooler water of the South and North Pole.

The massive changes in marine ecosystems that this entails will have a grave impact not only on ocean life – essentially becoming invasive species in their new homes –  but also on the human livelihoods that depend on it.

“When the same thing happened 252 million years ago, 90 percent of all marine species died,” the researchers wrote.

To see where marine life is headed, the researchers tracked the distribution of about 49,000 different species to see what their trajectory was. The global distribution of ocean life typically resembles a bell curve, with far fewer species near the poles and more near the equator.

However, the vast alteration of the curve is already in motion as creatures flee to the poles, according to a study they published in the journal PNAS.

These changes augur major disruptions to global ecosystem as marine life scrambles in a chaotic fight for food, space, and resources – with a mass die-off and extinction of creatures likely resulting.

The research underscores the dire need for human societies to control rampant climate change before the biodiversity and ecological health of the planet is pushed past the point of no return.