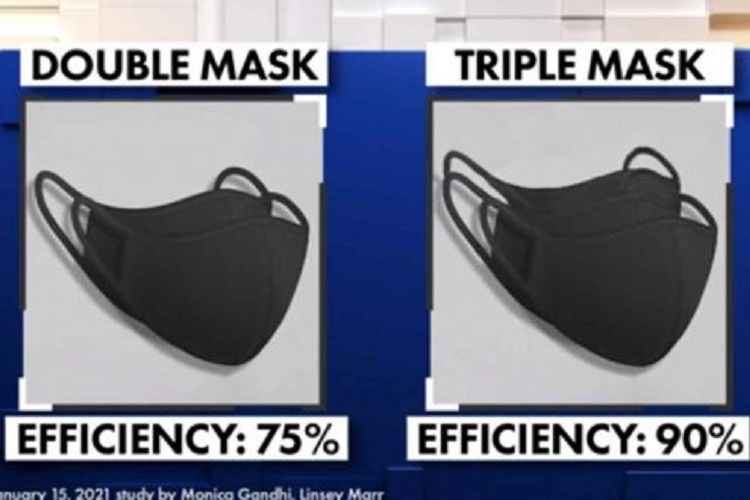 For those who have been paying attention, the “experts” on the coronavirus have been the complete opposite of consistent when it comes to advising Americans on how to react to the pandemic. Since the lockdowns began in March, hypocrisy has been at the forefront and masks are on the main stage.

Dr. Anthony Fauci, who has been at the center of this entire debacle from day one — first telling Americans not to wear masks and then pushing for a nationwide mask mandate — is not free from this hypocrisy either.

The mainstream media has been in lockstep with politicians who continuously move the goal post on where they stand. One glaring example of this is the fact that a video of Dr. Fauci telling Americans that “there’s no reason to be walking around with a mask,” was fact-checked by Reuters and the like despite it being 100% real.

In the clip, Dr Fauci says “There’s no reason to be walking around with a mask. When you’re in the middle of an outbreak, wearing a mask might make people feel a little bit better and it might even block a droplet, but it’s not providing the perfect protection that people think that it is. And, often, there are unintended consequences — people keep fiddling with the mask and they keep touching their face.”

Of course, Fauci later reversed his stance, and has hypocritically failed to abide by his own recommendations.

After telling the nation to mask up, Fauci was seen at the MLB game between the Washington Nationals and the New York Yankees — not wearing his mask. When word got out, Fauci went on the offensive and called those who criticized him for it, “mischievous” and claimed to have pulled down the mask because he was drinking water. But the picture showed that wasn’t true, he had his phone in both hands — not a water.

Now, after the mask mandates across the country failed to stop a second massive outbreak, Fauci is telling the country that wearing two masks is “common sense.” That’s right, after telling everyone in March not to wear masks because they won’t protect you, this same person is now telling us to wear two masks. Hell, why not three, four, or five masks then?

Just like all other measures, the mainstream media has begun to unquestioningly pump this out to the masses. CNBC actually has taken it further, and put out a video recommending triple masks! You cannot make this up. Why don’t we all strap pillows to our faces? That will stop the spread, right? 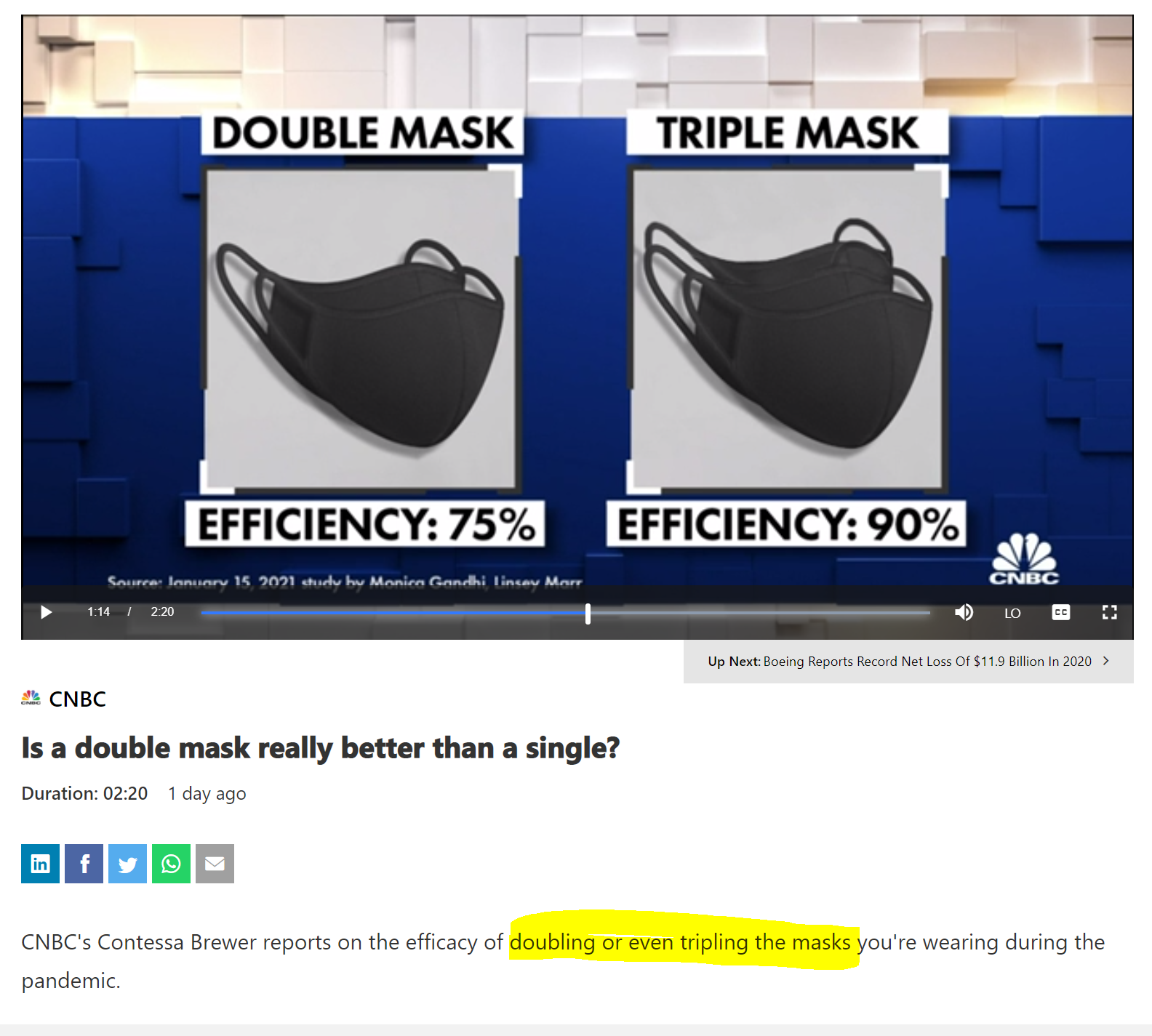 I'm thinking they skip over the quintuple mask and tell us all that stopping breathing = 100% efficiency. pic.twitter.com/5222qThxhh

The arbitrary nature of these lockdown and mitigation measures are beginning to take a toll on folks, especially as they watch the economy turn to dust and politicians like Gavin Newsom refuse to say why they even implemented such harsh measures in the first place.

This week, state health officials in California refused to tell the public why they locked down the entire state which appeared to have little to no effect on the spread of the virus. Then, as cases were at all time highs, they randomly lifted the stay-at-home order, further confusing everyone.

At least one state has had enough.

In Wisconsin, the state Senate has voted to repeal the mask mandate issued by Gov. Tony Evers last August.

“This is not about whether face masks are good or bad,” Republican state Sen. Steve Nass, said before the vote. “This is about repeatedly issuing emergency orders contrary to what the law allows.”

The measure still has to pass a vote in the Assembly, and as it is Republican controlled, this will likely happen.

The idea that people react differently to a pandemic based on their political ideology is utter insanity. However, it is a testament to the power of the two-party system and its ability to sway people. Because of this politicization of a disease, half of the country thought it was fake while the other half were so fear stricken some of them wished death on children.

By flip-flopping on issues, issuing arbitrary dictates, and blatantly disobeying their own mandates, these hypocrite politicians have successfully whipped Americans and the rest of the world into fit of hysteria in which people don’t believe experts when they speak or do believe non-experts spouting complete nonsense. If FOXSNBCNN told their viewers tomorrow that you can’t get COVID-19 below 3 feet of elevation, half the country would probably start crawling around on their hands and knees.

This is the state of politics and the media in 2021. It’s an embarrassment to the human species that we actually have any faith left in the system.

**This article (As Establishment Pushes ‘Triple Masks’ This State Voted To Over Turn Mask Mandate) was originally published at The Free Thought Project and is re-posted here with permission.**