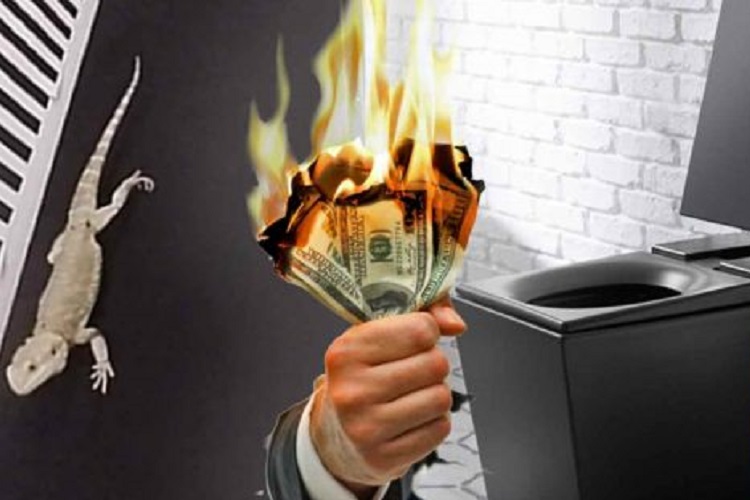 Everybody celebrates the holiday season in their own way. Each year, Senator Rand Paul invokes the spirit of the fictional grievance-airing holiday “Festivus” from Seinfeld to release an annual taxpayer waste report—and boy, is this one a doozy.

Yesterday, I published my #Festivus waste report, which highlighted $54 billion in truly outlandish waste in government.

Paul’s report cites far too many examples to list in one article, but even a cursory glance at some of its most prominent revelations will leave any honest taxpayer infuriated.

According to the senator’s report, the National Institutes of Health spent millions studying if people will eat bugs and millions more trying to invent a “smart toilet.” The federal agency also spent millions trying to reduce hookah smoking rates among Eastern Mediterranean youth and $31.5 million to fund an allegedly faked study linking e-cigarettes to heart attacks.

Yet perhaps the most bizarre examples of how politicians spend our taxpayer money come from how the government uses it overseas.

We spent $8.6 billion on anti-drug efforts in Afghanistan, the report finds. Hundreds of thousands went to art classes for Kenyans, Afghan and Pakistani book clubs, and funding for Sri Lankan think tanks. In a truly baffling example, tens of millions were spent to combat truancy… in the Philippines.

Oh, and of course, we spent taxpayer money to put lizards on treadmills and study the results.

It allegedly lost $715 million worth of equipment that was intended for Syrians to use to fight ISIS. Meanwhile, $174 million went to lost drones in Afghanistan, and we spent $3.1 million on a police complex that now sits unused.

So what can be done to stop all this waste? It would simply require voters to hold Congress’s feet to the fire and force them to actually hold agencies accountable for how taxpayer money is spent.

“Congress has every tool it needs to fight and end government waste,” Paul said. “It’s just a matter of finding the willpower to use them.”

Unfortunately, fiscally responsible politicians like Paul are the exception, not the rule. As Nobel-prize-winning economist Milton Friedman famously explained, government spending is inherently prone to waste. Why?

Yet Friedman identified a fourth scenario.

So, there’s only one way to truly limit government waste of taxpayer dollars. We have to limit the scope of government itself.