“For once you have tasted flight you will walk the earth with your eyes turned skyward, for there you have been and there you will long to return.” ~ Leonardo da Vinci

What has happened in the western world and the countries influenced by a soulless agenda is akin to a caterpillar worming its way, interminably deliberate, across a few feet of landscape, instead of flashing brightly across the sky as a winged-being in full-color flight.

We are no longer reaching our full potential as spiritual beings, not just because of the genetically-altered food we eat, the propaganda programs we watch, and the lower-vibrations we subject ourselves to, but because our sexual development is stuck in a pubescent froth.

The ancient yogis and sages taught a more holistic approach to sexuality called urdhva retas, but post-Freudian psychology has left us with skyrocketing divorce rates, Edward Bernay’s legacy[1] of manipulated marketing images to speak to the lowest levels of our animal psyches, sexual addictions, sexual dysfunction, Facebook affairs, rampant increases in objectifying pornography, and a ‘battle of the sexes’ we have yet to overcome.

In cultures that have not been completely swamped by Western brainwashing, the divorce rate is incredibly low – Tibetan and many Indian cultures have rates as low as 3 percent, while the United State’s divorce rate is at almost 50 percent – and much of the Coca-Cola drinking world is objectified sexually in ways that divorce them from their true spiritual natures.

Sexual Objectification Instead of Sensual Spirituality

It isn’t just women that are turned into mere flesh. Consider the icons of male sexuality: the Marlboro Man, and Old Spice’s ‘sexy’ frontliner, and Isaiah Mustafa. Then there are the Victoria’s Secret models, along with teenaged sexual wonderkunds plastered on the cover of almost every magazine, luxury car ad, and even cereal box.

Michael Foucault, in his book, The History of Sexuality, explains that:

“. . .truth is drawn from pleasure itself, understood as a practice and accumulated as experience; pleasure is not considered in relation to an absolute law of the permitted and forbidden, nor by reference to a criterion of utility, but first and foremost in relation to itself. . .”

Do we even know what pleasure is beyond the machinations of the lower libido?

The patriarchal church has done no better to free us from our sexual delusions. The Bible itself claims an innate antagonism between man and woman that started in the Garden of Eden, and bearing children has become a ‘labor’ of punishment as humankind has ‘fallen from grace’.[2] Society has been trying to subjugate the feminine, which is the secret energy of inherent kundalini hidden at the base of the spine, ever since.

Urdhva Retas: The Alchemy of Sexual Energy into Spiritual Maturity

The science of urdhva retas is an alchemy. It turns the lust of youth, begun as the sparkle in our great grandparent’s eyes, and carried into our own tumescence, into the transcending spiritual experience of awakened kundalini energy. It allows a mere mortal to channel the energy of the lower chakras – those concerned only with survival, lust, and procreation – to higher levels of awareness that culminate in a dance up the sushumna, or spinal pathway, to the glorious elixir of full awareness in the center of the mind – the spiritual eye. It also, as a side-effect of spiritual alchemy, allows an unbroken chain of familial and community love that is not relegated to the bedroom, or the latest Internet porn site. In fact, a relationship based on the practices of urdhva retas can transcend not only worldly afflictions, but sustain a couple in ecstatic love through multiple lifetimes. 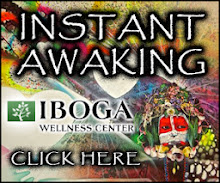 Sadly, modern society has been hijacked by the notion that our sexual (which is also the spiritual) development stops at puberty. This is fallacious in the most destructive way. The sexual energy, (aroused when we are aroused) that is catapulted through the pineal gland and allows sexuality to awaken at the right time in a teenaged child, is the same energy that facilitates the furtherance of this sexual seed to accompany our utmost spiritual awakening.

Gopi Krishna believes that our human brains are in an organic state of evolution toward higher levels of consciousness, and the driving force behind that evolution is kundalini energy – the creative, sexual energy of the ‘Mother.’

From Root to Crown

The pineal gland contains a number of peptides, including GnRH, TRH, and vasotocin, along with a number of vital neurotransmitters such as somatostatin, norepinephrine, serotonin, and histamine. The major pineal hormone, however, is melatonin, a derivative of the amino acid tryptophan. Melatonin was first discovered because it lightens amphibian skin, an effect opposite to that of melanocyte-stimulating hormone of the anterior pituitary. Its major action, well documented in animals, is to block the secretion of GnRH by the hypothalamus and of gonadotropins by the pituitary. While it was long thought that a decrease in melatonin secretion heralded the onset of puberty, it is also known that melatonin is a precursor to the consciousness raising chemical DMT (N,N-Dimethyltryptamine).

The pineal gland is the ultimate destination of the sexual energies. Not the gonads, the vagina, or the breasts. This gland, is in fact, the all-seeing eye that allows us to awaken our true Divine nature.

“The retina and the pineal gland are the organs primarily responsible for the body’s recognition and sophisticated processing of external light. Until recently these two organs in mammals seemed to have little else in common and were consequently studied by separate groups of scientists. But a new alliance of researchers is now exploring striking similarities that are speeding research efforts in both fields. Their findings suggest that the pineal gland was the evolutionary precursor to the modern eye.  While it turned out that the retinal rhythm is independent of the pineal gland, once the groups of scientists began working together they discovered surprising similarities between the two organs, including the presence of photoreceptors.”

The light that shines within us is no metaphor. It just gets murky with mistaken ideas about the nature of sexual energy.

In my own sexual development, I was also relegated for many years to the lusty yearnings with which we are all so familiar. I mistakenly looked for something ‘missing’ in every sexual encounter, as men, not just women do, all the while unknowing that what I was looking for wasn’t the perfect physical climax with the perfect man, but the union of my dormant kundalini energy with the all-seeing eye of the pineal gland.

The awakening happens differently for different people, and by utilizing the practice of urdhva retas, meditation, several types of martial arts, and other tools, one can experience the ‘quickening’ of spiritual alchemy, that has moved past the first and second chakras.

For me, I suspect it was a slow gathering of these energies, and then the sudden, unexpected initial release, strangely, just after a mature, loving, and intimate moment with my life partner. As Gopi Krishna has described in his book Living with Kundalini:

“If this store of cosmic prana were inanimate, without a will and a direction of its own, we could very well flatter ourselves that every thought and fancy that we have is the product of our own volition, but since we are ourselves the products of this superintelligent cosmic power, it would be illogical to the last degree to presume that our individual ideas and fancies are exclusively our own creations and have no relationship to the ocean of which we are but a tiny drop. When it is once admitted that mind and consciousness are cosmic entities, it would then be ridiculous to suppose that the thoughts and ideas in an individual atom of this cosmic consciousness can have an entirely independent existence and not reflect the will and design of the cosmic whole.”

Our ‘fancies’, are in fact, the very first rung on an evolutionary ladder to higher spiritual development. The prana, or kundalini shakti, that gives us our first stomach full of butterflies when seeing a potential mate, also opens the cosmic gates to ‘connect with the entire Universe.’

The same energy which drives Middle Eastern belly dance, Islamic Sufi ‘spinners’, meditative paths like Taoism or Buddhism, resulting in spontaneous kriyas, Greek Dionysian revelers, the ‘Holy Ghost’ that moves in gospel congregations, the spontaneous arousal in celibates, and the gyrations even of Elvis’ pelvis, are all kundalini in action.

In the West, this energy is stuck at the perineum and spine in most people, but increasingly, the kundalini energy is pushing for higher vistas along the spinal column. In fact, it must travel from perineum to pineal for us to reach full sexual maturity. As long as we see sex as merely a pleasurable past-time, or a momentary but empty exchange between individuals, then we are missing the point. We are not meant to stay stuck in this stage of arrested development, and Kundalini awakening is not meant just for the saintly. It is meant for all, and as a human society, our entire spiritual potential hangs in the balance. Full-color flight awaits.

“When you succeed in awakening the Kundalini, so that it starts to move out of its mere potentiality, you necessarily start a world which is totally different from our world. It is the world of eternity.” ~ C.G. Jung

[1] Edward Bernay’s was Freud’s nephew and the man largely responsible for today’s media manipulation of the herd instinct through highly charged sexual messages. As our country was becoming formally democratic in the late 1920s, the leading companies associated with the Creel Commission and the Rockefeller family decided to use Bernay’s propaganda to sway public opinion. He also engineered the PR effort behind the U.S. coup that overthrew the democratically elected Guatemalan government. http://www.historyisaweapon.com/defcon1/bernprop.html

[2] In his book Advanced Spiritual Intimacy: The Yoga of Deep Tantric Sensuality, Stuart Sovatsky, Ph.D. explains how sexual development does not end in adolescence. It was meant to continue, in a lifelong journey of ‘puberty of the spine,’ otherwise known as the kundalini awakening wherein the Shiva and Shakti, or male and female aspects are united in sacred union at the pineal gate, to allow one bliss that would make a merely physical orgasm seem like a match-light in a multiverse of stars.