Are We Programming Our Own Self-Fulfilling Prophecies? 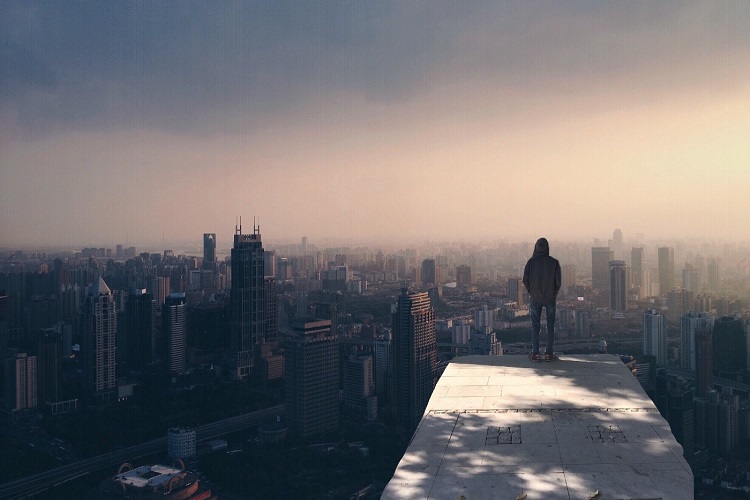 It is time to acknowledge that the bubble of perception that forms one’s reality is not a solid structure. It is fluid and continuously shifting, readapting, and, from time to time, it wobbles. The information and inputs we receive, and process, affects our sense of reality. Recently, this consensus reality bubble that most people have attached their senses to, has been fluctuating oddly. Notions of what is true and what is false have lost their footing. The things we believed in; those things, people, or institutions we placed our trust in; those things we relied upon; the sense of a solid future — all this has become fluid. And for a number of years now this has been going on — and it has begun to affect us. First, it was subtle, and entered the subconscious through the field of the collective consciousness. If you weren’t aware of it, it gnawed away in the back of your minds. And then we projected it into our media — our books, films, and art. This is the origin of the dystopian memes which have become a major part of our popular culture in recent years. Most of us were not aware of it — yet we were programming ourselves through our memes.

The current disturbances in our collective reality bubble — what I refer to as the consensus reality meltdown — is creating psychological, physical, and emotional impacts that are affecting our collective well-being. The mainstream media participates in and promotes the mutating of the consensus reality narrative through sensationalizing specific, targeted events. They seize upon a particular topic that inflames the collective imagination. In this way, the human mind is constantly forced to recall and replay our collective projected fears. Rather than averting disaster we now indulge in thoughts of survival or disaster preparation. We’ve come to accept that something’s coming and it’s going to hurt — whatever it is. In this way, we are dealing with many ‘thought-viruses’ alongside the biological ones. At times such as this, we should be mindful of what we are projecting to others — whether through our social media messages, our everyday communications, and our emotional and mental states. Everything we put out becomes as vibrational food for ourselves and others. And as they say — you are what you eat.

It is psychologically known that when an inner psychic or unconscious desire is not consciously realized or processed, then it will seek to be manifested in the external world. The inner urge (or shadow) will seek for its expression through other means — whether cathartic or destructive. As Carl Jung noted, ‘The unconscious works sometimes with most amazing cunning, arranging certain fatal situations, fatal experiences, which make people wake up.’[i] Jung was optimistic that such situations can work to trigger us into more conscious awareness; to ‘wake us up’ to our developmental potential. In other words, that which wounds us can also be a source of healing. We can only hope this may be the case. This may explain the recent wave of dystopian cultural artifacts that have arrived on our shores.

These memes and ideas present our collective mind with the thesis that continuous improvement and progress is not an automatic given. In fact, societies can very easily collapse and fall into ruin. They show us that a regression in human nature is likely after such an event, with people likely to turn cannibalistic (The Road), totalitarian (The Hunger Games), or tribal and barbaric (Mad Max). Many of these catastrophist books and films share a common thread in that social order breaks down in the absence of social control and consensus values — that is, ‘collective conditioning.’ Further, that stronger, authoritarian regimes are needed to maintain a post-collapse form of strict order. New forms of order and control are essential to manage limited resources, material goods, and human survival. Suppression and repression are the ever-present themes within dystopian narratives.

The potential for this dystopia meme to be realized is already within our current civilization. It may come about through a cascade of interlinked processes that include systems of energy, environment, economy, population, food and water, immigration/migration, and geopolitics. What is also being planted in the now fluid consensus reality is the inevitability of some form of impending disaster and a fatalism concerning the future. Another consequence of the dystopian, or catastrophic, meme is that powerful technologies — usually related to governance and security — may be the only solution for our continued survival. We only have to look at China to see how this theme is unfolding rapidly.

It is interesting to note that the award-winning cyber-punk novelist William Gibson once commented that he omitted certain dystopian ideas from his novels as he did not wish to be held responsible for helping to bring them about! Our dystopian fantasies may be more than mere performance entertainment — they are likely to also be part of the projections (the collective shadow) of the consensus reality mindset once it begins to go into erratic fluidity, or meltdown. As the philosopher Franco Berardi recently remarked,

The Scottish psychiatrist R.D. Laing pointed out that our species has a strong in-built capacity for self-deception, and that we have literally ‘tricked ourselves out of our own minds.’ Modern western civilization, though outwardly highly developed and technologically advanced, is inwardly still immature, and psychologically under-developed. We have not fully learned how to take back our own minds. Or, to put it another way, to decondition ourselves against disingenuous programming — those opinions, ideas, and perspectives — that are fostered upon us from external sources.

Today, in an age of global communications and social media, a collective mental programming can easily become a pandemic. Our institutions — such as politics, economy, and military, etc. — are carriers in the same way as the media is through TV, books, films, and artwork. Most of us don’t realize the potential for collective instability to be carefully managed as a ‘new normal.’ As R.D. Laing famously said, insanity is a perfectly rational adjustment to an insane world. The madness of our world has become so pervasive that it has become normalized. We have become conditioned to the illogical and inhumane way our world works and programmed to accept a mutated reality.