After Nikola Tesla Proved Wireless Electricity was Possible, A Startup Finally Made it a Reality 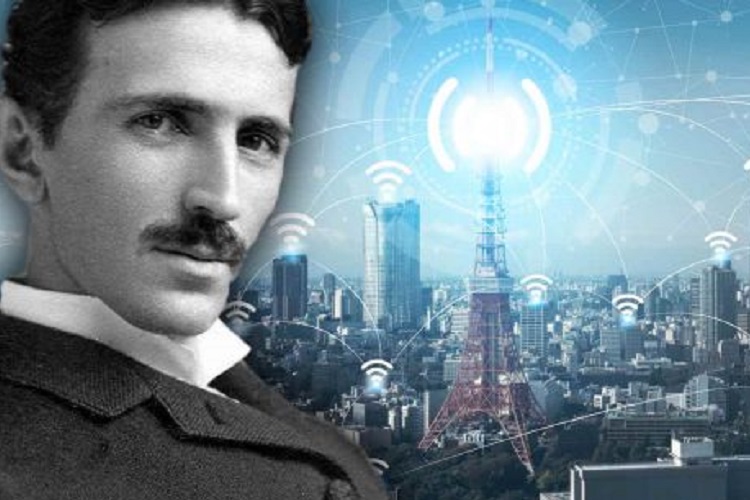 Nikola Tesla is not the subject of American social studies or science classes. American children do not learn about him in school and this is in spite of the fact that he is considered one of the most influential scientists ever. His visions were motivated by altruism and providing a benefit to all of humanity, not just those who can afford it. One of the ways Tesla envisioned helping the world was providing it with extremely low-cost, or even free, electricity. But with the cost of wires running across continents, this was a futile task. So, Tesla thought outside of the box — getting the wires out of the picture entirely.

Now, his vision is finally coming to fruition.

In 1901 Tesla began his work of a large high-voltage wireless energy transmission station called the Wardenclyffe Tower which was a wireless prototype transmitter for a “World Wireless System” that was to broadcast both information and power worldwide. Over a century ago, Tesla even demonstrated that his technology worked to investors, but they pulled out and the facility was never completed. Establishment science then told the world that his inventions would never work.

But they were wrong.

Fast-forward to 2020 and a startup company named Emrod says it has figured it out.

“We have an abundance of clean hydro, solar, and wind energy available around the world but there are costly challenges that come with delivering that energy using traditional methods, for example, offshore wind farms or the Cook Strait here in New Zealand requiring underwater cables which are expensive to install and maintain.”

By removing the requirement for electricity to travel through wire, Emrod can fulfill Tesla’s desire to bring energy to those who cannot afford the infrastructure or those who live in difficult terrain.

There are also environmental benefits to the technology as many places uses diesel generators or other fossil fuels to relay electricity from place to place. Emrod’s technology will remove the need for these stations.

It is safer too.

Emrod uses beams in the ISM (Industrial, Scientific, and Medical) band with frequencies commonly used in WiFi, Bluetooth, and RfID.

Point-to-Point transmission means that power is beamed directly between two points. There is no radiation around the beam, as there is with high voltage wire transmission.

Low power laser safety curtain ensures that the transmission beam immediately shuts down before any transient object (such as a bird or helicopter) can reach the main beam ensuring it never touches anything except clean air.

As PM notes, technology like this would seem implausible because of issues like the loss of signal fidelity over the transmission through the air then through a series of mediating technologies. But Emrod’s relay technology, which it says “refocuses the beam,” doesn’t use any power, and loses almost none.

“The efficiency of all the components we’ve developed are pretty good, close to 100 percent. Most of the loss is on the transmitting side. We’re using solid state for the transmitting side, and that’s essentially the same electronic elements you can find in any radar system, or even your microwave at home. Those are at the moment limited to around 70-percent efficiency. But there’s a lot of development going into it, mainly driven by communications, 5G and so on.”

Kushnir says that the original setup will be fairly low, sending a few kilowatts over a few kilometers. However, he says that scaling up in order to send “unfathomable” amounts of energy over longer distances can be done, hypothetically, by making larger rectennas.

While every generation is astonished by the advancement of technology, few generations have predicted technological advancements so far before they happened, and the accuracy with which Tesla did it is mind boggling.

Imagine the world today if Tesla’s visions were allowed to come to fruition had his work not been seized by the government. Sadly, however, that was not the case.

Only two days after his death, the FBI ordered the U.S. Office of Alien Property to seize all of Tesla’s belongings. Tesla’s entire estate from the Hotel New Yorker, and other New York City hotels, was transported to the Manhattan Storage and Warehouse Company under OAP seal.

In an instant, this genius man’s entire life’s work became the property of the government to further their militaristic escapades.

However, not all was lost; as TFTP reported, several new geniuses would rise up and follow in Tesla’s footsteps. People like Jim Murray would diligently devote their lives to understanding this great man, and in turn, create paradigm shifting technologies like the SERPS (Switched Energy Resonance Power Supply) device.

This highly specialized electronic circuit has the ability to “Magnify” the effective power applied to it by nearly 50 times. When Jim coupled his device with his friend Paul Babcock’s patented ultrafast five nanosecond switching technology, they achieved a 4790% increase in electrical power compared to the input. This type of performance, if commercialized, would cause the largest electric utility companies to shake in their boots.

It’s been nearly 8 decades since his death, and through companies like Emron, Tesla is still helping to make the world a better place — in spite of government schools making no mention of his contributions to humanity.